Capricorn is a cardinal earth sign, meaning he has a powerful initiatory energy combined with the stabilizing and grounded influence of the earth element. This combination of being an action-oriented cardinal sign and a powerfully grounded earth sign gives Capricorn many of her personality traits.

How the Earth Element Affects Capricorn

Because they are ruled by the element of earth, Capricorns express many earthy, grounded, and stable traits.

When you need someone to take charge of a high-level project and see it through to the end, Capricorn is your gal. Her determination is a powerful earth element trait that makes her a reliable project manager and/or initiator, but unlike some others who also like to work on projects, Capricorn is singularly focused and will not quit until the project is completed to her satisfaction. However, progress, while steady, may be slow due to the earth element energy, which tends to be slow-moving energy that can become sluggish without balance from other elements.

Combining the initiatory energy of cardinal signs with the determination of earth signs makes Capricorn ambitious. Capricorns are the achievers of the zodiac, but they are also very hard on themselves, and any achievement is minimized in light of the latest and newest ambition. This means the Capricorn, although very grounded, reaches ever higher in personal and professional ambitions in order to meet his own need to achieve.

It is a direct result of the earth energy in Capricorn that he tends to be highly cautious and self-controlled. The earth element exerts a powerful gravitational pull on Capricorn. While this results in Capricorn being quite grounded and centered, without other elements balancing that earth energy, it can also result in an overabundance of caution. Likewise, Capricorn may be so self-controlled as to come across rigid at times, and he may be difficult to sway from his chosen course of action, even when it logically makes sense to do so.

The earth energy in Capricorn also translates into a great deal of discipline, something that may seem like a force of nature to more volatile signs. And discipline is an excellent quality for Capricorns in many ways. However, when unbalanced, Capricorn's earthy discipline can lean towards rigidity in choices, thoughts, and actions.

Because the earth element is feminine and receptive, Capricorn loves to receive and experience sensory input. She is one of the zodiac's most sensual signs, and she enjoys various pleasures of the flesh ranging from loving fine wine and delicious foods, to experiencing luxurious textures, to other earthly delights. In balance, this sensuality allows Capricorn to delight in sensory information, but unbalanced it can spill over into hedonism. However, Capricorn's well-known discipline often keeps Capricorn from going full-on hedonist.

Capricorn's well-known discipline and determination also makes him a committed companion. Capricorn doesn't shy away from committed relationships. Instead, he's the kind of guy who carefully chooses who he loves and then makes every effort to remain committed within the relationship, whether it's a romantic partnership, a friendship, or a business partnership. This makes Capricorn a committed romantic partner, and a catch as a potential mate or best friend.

Money and possessions are earthly pleasures, and Capricorn's earth element helps her to have these in spades. This is especially true of Capricorn due to the combination of the earth element and Capricorn's cardinal nature. She's a self-starter, she's ambitious, she's disciplined, and she's self-controlled. All of these combine in such a way that money and material possessions come easily to Capricorn. And because of her self-control and discipline, she's also a saver who is unlikely to be a spendthrift in spite of her love for earthly pleasures. 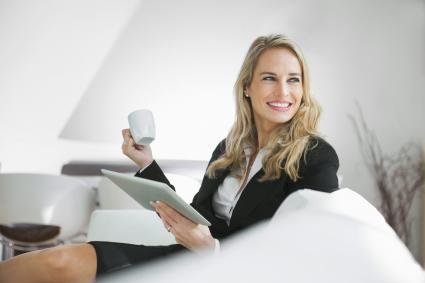 Capricorn isn't alone in his stubbornness. It's a trait shared by Taurus and Virgo, the other two earth signs. That slow moving and strongly gravitational earth energy can make Capricorn appear intractable at times, particularly when the earth element isn't balanced in the natal chart with other, lighter elements such as air or fire.

Earth sign Capricorn is most compatible with water signs and other earth signs and least compatible with air signs. Water sign Scorpio may be Capricorn's best match as the water in Scorpio provides balance to Capricorn's earth while still sharing common and complementary characteristics and traits. Capricorn can also match well with fire signs depending on what else is in the natal charts of each, with fire sign Aries especially helping to light a fire under Capricorn and help him move away from some of his more rigid ideas.

Of course, no person displays traits based only on the influence of their sun sign. The effect of other chart elements often bring balance to dominant earth energy traits. However, if Capricorn has an overabundance of earth energy in his natal chart, he can balance it by cultivating other elements, particularly fire and air. 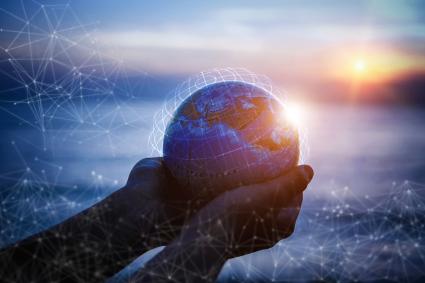