How the Planet Mars Affects Scorpio

Mars is a masculine, action-oriented planet. In yin/yang terms, Mars is pure yang--masculine, aggressive, and action-oriented--and these are definitely traits you see in Scorpio. Mars causes Scorpio to want to dominate and control everyone and every situation, and this, in turn, creates a number of other personality traits.

Mars is behind Scorpio's notoriously powerful sex drive and hedonistic bent. With Mars as their co-ruler, Scorpios often have passionate physical, mental, and emotional drives, and sex is just a part of this. Scorpio is also driven to succeed, acquire, achieve, and most of all, win. These are all due to Mars's powerful influence over Scorpio, which can read to others as obsessive intensity. Due to the influence of Mars, Scorpio is seldom described as chill, easygoing, or laid back. Instead, he relentlessly pursues his needs and desires with a singular focus and is often unable to discriminate between wants and needs. Left unchecked, this can lead to overindulgence or pursuit of these drives at the exclusion of all else. In balance, it allows Scorpio to remain focused on his goals in a way that is certain to guarantee success.

Likewise, the driving influence of Mars means that Scorpio can carry a grudge like no other. When Scorpio decides you have harmed her or someone she loves, she will carry that anger for a long, long, long time. Not just satisfied with being angry, however, Scorpios may even engage in revenge fantasies about people she perceives have wronged her, and these often last long past they would in non-Scorpios. "Let it go" is not, nor has it ever been, Scorpio's motto, so releasing hurts and anger is extremely difficult for Mars-driven Scorpio. 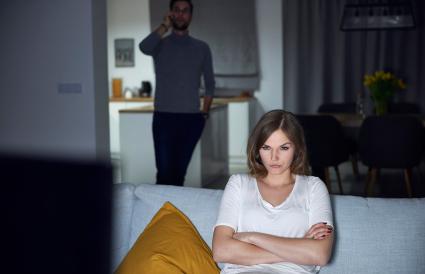 Mars is also the driving influence behind Scorpio's well-known competitive nature. Scorpio likes to win at all costs, and it doesn't much matter to him how he achieves victory as long as he wins. As Scorpios begin to achieve more balance in their lives, they are likely to become more ethical about how they emerge victorious, but their competitive nature and desire to win never go away and need to be channeled into a positive expression.

Willing to Risk It All

This Mars-driven competitive nature spurs Scorpio to be willing to risk it all for something she truly desires. When these risks pay off, they do so in spades with tremendous success. However, when they don't pay off, Scorpio often faces huge consequences which further fuel Scorpio's anger.

All of this Mars-driven, smoldering intensity appears deeply mysterious and magnetic to others, and Scorpio often finds himself the object of attraction. He seldom finds himself at a loss for sexual partners, who are drawn to the pure magnetism of his raw sexual energy.

How the Planet Pluto Affects Scorpio

As the co-ruler of Scorpio, Pluto also contributes to Scorpio's deep intensity. Just as Mars is mostly yang, Pluto is mostly yin; that is, it is mysterious, shadowy, receptive, and feminine. However, just because Pluto is yin doesn't mean its energies as co-ruler of Scorpio are any less intense than those from Mars.

It is the receptive yin qualities of Pluto that render Scorpio keenly observant. Scorpio likes to sit back and watch others' behavior, noticing subtle non-verbal and emotional cues that some may miss. Scorpio is a student of human nature, and she uses her keen sense of observation as a means of gaining an edge in all aspects of life. Out of balance, this element allows Scorpio to exploit what she sees as others' weaknesses for her own personal gain. In balance, she can learn to work with others' strengths to create a win-win synergy that propels both forward to greater success. 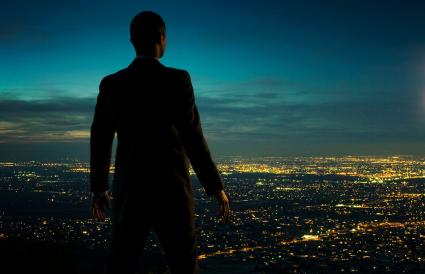 Both the water element and the influence of Pluto cause Scorpio to be deeply emotional. And Scorpio's notorious intensity and single-minded focus extend to his emotions. He feels and expresses them with deep intensity that can feel overwhelming to both Scorpio and anyone around him when the tsunami of emotion breaks on Scorpio's watery surface. When out of balance, Scorpio can get lost in these feelings and dwell on them with the same level of obsession he has in other areas of his life. When he's lost in his emotions (whether negative or positive), they drive his choices and actions powerfully in a way that may have delightful or disastrous results.

Pluto's dark and receptive nature is also the driving influence behind Scorpio's powerful intuition. Scorpios are often psychic, and even if they aren't (or they're in denial about their abilities), they are very driven by intuition. Because of this, Scorpio gut checks everything she does and often acts because something "feels right".

A lot can be going on with Scorpio, and while you may see it in her eyes or sense it in her persona, she's not going to go out of her way to share it with you. Pluto influences Scorpio to play her cards close to the vest; she's not a sharer. This often makes her appear mysterious to others, although when out of balance, she can be downright cunning and sneaky.

Mars and Pluto in Balance

Scorpio is a water sign, and the water element can express either receptively, forming to the earth that surrounds it, or actively, carving the earth it flows through to fit its course. This dual receptive and aggressive nature of Scorpio's water element shows the balance of dark and light inherent in Scorpio's personality. Ideally, this polarity can result in harmonic balance between yin and yang. However, in some cases instead creating harmonic balance, the two can become warring factions within Scorpio's nature. For example, the extraversion of Mars is often at war with the introversion of Pluto, and Scorpio may appear swing wildly between introvert and extravert until he finds a way to balance the dual aspects of his nature. When opposing characteristics exist to the extent they do in Scorpio, the worst expression of both may come to the fore, causing Scorpio to be jealous, manipulative, self-destructive, controlling, and suspicious. However, this propensity for self-destruction also provides Scorpio with great opportunity to be reborn and renewed into a more positive expression of self. 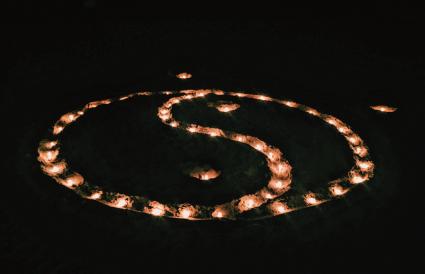 How to Create Balance Between Mars and Pluto

Both Mars and Pluto are malefic planets; that is, they are capable of causing great destruction. This makes balancing both aspects into a harmonious whole one of Scorpio's significant karmic challenges in his life. However, even the most out-of-balance Scorpio can seek integration instead of polarity between its two ruling planets by engaging in practices to help create harmony.

Scorpio's dual planetary influences can have either positive or negative expressions in Scorpio's life, and it's up to him to decide which way it will go. As with all other sun signs, Scorpio's unique traits provide her with the opportunity to grow and learn in pursuit of a more harmonious and balanced live.

1
Comments
© 2006-2021 LoveToKnow, Corp., except where otherwise noted. All Rights Reserved.
Scorpio's Ruling Planet and How It Affects You