Most Compatible With: Cancer, Pisces

Scorpio is a uniquely intense sun sign. Along with the typical Scorpio traits of being deeply emotional and appearing secretive, Scorpio is a study in contrasts. For example, they are fiercely independent, but they are jealous and possessive of others. They can also be darkly brooding, although they do tend to have an acerbic sense of humor. Wondering what Scorpios look like? Scorpio physical traits include compelling and distinctive eyes and a prominent nose.

What Is the Personality of a Scorpio?

While it may appear to some that their negative traits dominate Scorpio, the typical Scorpio characteristics can have a highly positive expression. For example, Scorpio is one of the most psychic signs of the zodiac, and they tend to have a strong intellect and sharp problem-solving skills. Additional personality traits include the following:

What Are Scorpios Afraid Of?

Scorpio often comes across as supremely confident, but inside they have insecurities like everyone else. Scorpio's biggest fears center around betrayal and humiliation. They are afraid someone they love will either betray them or expose them in some way that is deeply humiliating. When this happens, it's extremely difficult to regain Scorpio's trust.

Scorpio has multiple symbols and a glyph. The main Scorpio symbol is the scorpion, which represents Scorpio's notorious sting. Other associated symbols are the snake, the eagle, and the phoenix, which represent Scorpio's qualities of secretiveness, vision, and metamorphosis respectively. The Scorpio glyph looks like a lower-case "m" with an arrow on the tailing end of it. It depicts a scorpion and its stinger. 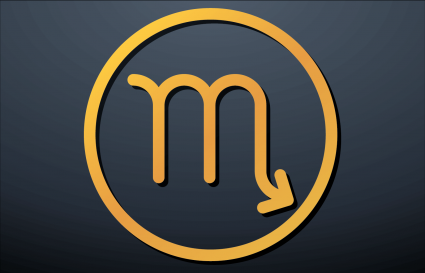 Scorpios can be loyal and faithful partners, especially if they are paired up with someone who understands their Scorpio nature.

What Is Scorpio's Best Love Match?

Scorpio is most compatible with fellow water signs. Potential soulmate relationships for Scorpio include:

On the other hand, Scorpio is least compatible with air signs, so the Scorpio-Gemini, Scorpio-Libra, and Scorpio-Aquarius relationships may be challenging.

What Signs Do Scorpios Attract?

With a deep sensuality, Scorpios are often attractive to most any sign. However, signs most drawn to Scorpio include:

A Scorpio man's characteristics include confidence and magnetism, something is highly appealing to potential partners. When the Scorpio male is in love, he loves deeply, intensely, and often jealously. He's hard to get to know, but once you win a Scorpio man's heart, he's fiercely loyal and protective. For possible partners seeking to attract a Scorpio man, he seeks someone flirtatious, sexy, mysterious, and attractive. Scorpio men like to be pursued by potential partners they find attractive, and showing him you admire him is the key to his heart. And while a relationship with a Scorpio man may test you, in the end, the relationship can be extremely satisfying.

Scorpio women are also magnetic and complex. If you'd like to start dating a Scorpio woman, watch for indications she's upping her flirtation game, which is a sure sign of interest. She also appreciates someone who stimulates her intellectually while still respecting her need for independence.

Constellation Scorpius depicts a scorpion (minus the claws) in the night sky. Its brightest star is Antares, and it's the southernmost constellation. The constellation's stars form a "J" shape. 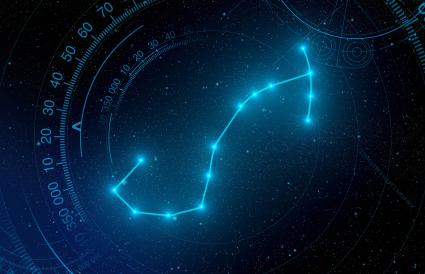 Scorpios are mysterious and emotional, and they're often difficult for other sun signs to get to know and understand. Even if someone is not a Scorpio sun sign, having Scorpio as the ascendent or a Scorpio Moon can also impart the typical Scorpio traits. Fortunately, Scorpio's strong personality and complexity means they can easily slip into a number of career and personal life roles. So while getting to know a Scorpio may be difficult, once you do you'll have a loyal and faithful companion.