There are many refinements that add great depth and complexity to the planetary placements in a birth chart. One of these is the 36 astrological decans. Not all astrologers use decans; some use all use only a few. However, there are astrologers who believe decan based astrology is more accurate because it reveals 36 types of personalities instead of 12. Another interesting fact is that there are 36 numbered cards in a tarot deck and each represents one zodiacal decan.

Decans had their beginning in ancient Egypt where they were used for timekeeping. In modern astrology, they have come to give underlying meaning and understanding of the birth chart and therefore the individual.

Each astrological sign of the zodiac is an arc of 30° in the 360° astrological zodiac. Every sign is subdivided into three decans of 10° each. The decans of each sign are defined by the three signs of the same element or triplicity and the ruling planets of those signs.

The decans are associated with traits which reinforce or modify the essential characteristics of the astrological Sun sign and the other planets and points of a birth chart.

To follow along, you'll need to know what degree the Scorpio Sun was in at birth, or at least how many days the Sun had been in Scorpio before the birth date. Probably the easiest way to find out the exact degree of the Sun on that day is to use the tool at CaféAstrology.com.

The Three Decans of Scorpio

Scorpio is a water sign, so the three decans of Scorpio are: 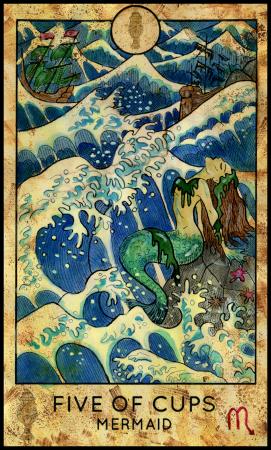 If you were born between approximately October 23 and November 1, you're a Scorpio/Scorpio ruled by Pluto and Mars. This indicates you're a pure unadulterated Scorpio. The energy is not modified, it's enhanced, and for better or worse, you were born to display the full force of Scorpio and its rulers, Pluto and Mars.

Scorpio/Scorpio individuals are incredibly driven, have high libidos, strong desires, obsessive behaviors, and are prone to sorrow, loss, grief, and suffering. They don't expect anything to come easy but possess the courage, tenacity, and willpower to overcome all odds, as well as the remarkable ability to rebound from failure and start afresh.

They tend to be loners who are extremely secretive about their personal life, and it's not in their nature to be especially friendly or talkative. Their eyes can be intimidating, and they can also seem stiff, cold, unapproachable, and even downright nasty or cruel.

An evolutionary astrologer would say these souls are just beginning to learn how to use their Scorpio energy and as a result will make some cringing mistakes in their lifetime.

The first decan of Scorpio is represented in a Tarot deck by the Five of Cups. The keywords lare loss, grief and anger.

The Second Decan of Scorpio - Transmutation 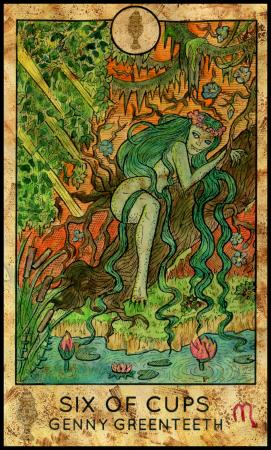 If you were born from approximately November 2 to 11, you are a Scorpio/Pisces. Although still driven, those born with their Suns in the second decan possess the moderating energy of Pisces and its rulers, Neptune and Jupiter. Death and resurrection are common themes in the lives of those born during these 10 days.

These individuals feel their lives have a greater purpose, and they will go through many transmutations trying to find that purpose. If Neptune and Jupiter are well-placed in the birth chart, they can get in touch their real gifts and talents easily. If Neptune and Jupiter are not well-placed, lack of faith in themselves and lack of trust in others can lead to unreasonable fears of failure and betrayal.

Scorpio/Pisces are wisdom seekers who thrive in an atmosphere of hidden meanings, elusive hints, and smoke and mirrors. They are unafraid of the "dark" side of life and are often interested in esoteric religion, the mystical, and the occult. In their search for what's real and authentic, they will sacrifice almost anything.

Their magnetism is raw, unwavering, and seductive. Some are self-sacrificing healers, while others have a God complex and are cunning and manipulative in seeking power and control over others. However, all have a mysterious nature that draws people to them.

The second decan of Scorpio is represented in a Tarot deck by the Six of Cups. The keywords are forgiveness, peace, and harmony.

The Third Decan of Scorpio - Manifestation 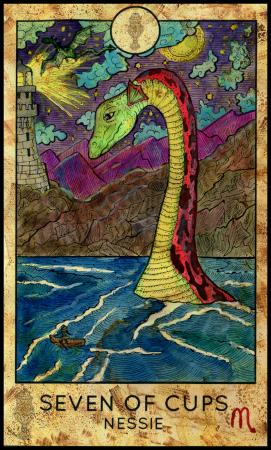 If you were born between approximately November 12 and 22, you are a Scorpio/Cancer, which means your Scorpio energy is modified by Cancer and its ruling planet the Moon. Those born during the last ten days of the Sun's passage through Scorpio have emotional integrity, trust every feeling they have, and are seldom willing to compromise.

They can be self-sacrificing and take care of people they're close to, but they also have sensitive natures and are easily hurt. Though they won't openly show the pain, they'll never forget and when the time is right, they'll take their revenge.

A deep dark emotional nature hides within a Scorpio/Cancer. If the Moon is challenged, it's not uncommon for them to bury their emotions and feel lost, lonely, and abandoned. If the Moon is well placed, the painful emotions are easier to access and examine, allowing them to find forgiveness and acceptance for both themselves and others.

Scorpio/Cancers also have tremendous willpower and considerable self-confidence. They have the potential to be sensitive do-gooders who can speak or write with incredible force and compassionate eloquence, plus have they a unique, charismatic charm that makes them very effective when they are working with a group or for something in which they believe.

The third decan of Scorpio is represented in a tarot deck by the Seven of Cups. Keywords are soul searching, finding out where you fit in, and self-examination.

The Decans, the Progressed Sun, and Evolution

A progressed chart is an extension of your birth chart. Often referred to as personal transits, the slow-moving progressions show your inner growth and evolution over the years. All the planets and points in a birth chart progress. A day equals a year is shown in Solar Arc progressions where the Sun moves forward one degree for each year from the day of your birth.

There are 30° in each sign, so if you were born at 0° of any sign, your Sun will progress into the next sign when you're about thirty years old. If you were born with the Sun on any later degree, you subtract that degree from thirty to determine how old you were or will be when your Sun first progresses into a new sign. The progressed Sun will move through two or three signs during a lifetime. Astrotheme has a tool that can calculate the current sign and degree of your progressed Sun.

What Do Progressions Have to Do With the Decans?

Assuming you were born when the Sun was on 0° Scorpio, during the first ten years of your life your progressed Sun with be moving through the Scorpio/Scorpio first decan. At about age ten it will progress into the Scorpio/Pisces second decan, and at age twenty into the Scorpio/Cancer decan.

However, suppose the Sun was at 15° Scorpio when you were born. Then it would be progressing through the Scorpio/Pisces second decan for the first five years of your life and enter the Scorpio/Cancer third decan when you're about five years old.

During the Sun's progression through the Scorpio/Scorpio first decan, you would be a stereotypical Scorpio who is ruled by Pluto and Mars and would be dealing with all the penetrating intensity of the first decan described above. In that context, there could be sorrow, loss, grief, and suffering during these years that could leave you either fearful or fearless when your Scorpio progressed Sun moves into the second decan.

During the next ten years as your Sun is progressing through the Scorpio/Pisces second decan ruled by Neptune and Jupiter, a transmutation takes place. It's during these years you gradually come to realize that "what doesn't kill you makes you stronger" and if the Sun's progression through the second decan is successful, you will have come to the realization that everything happens for a reason and have developed faith and confidence in yourself, in others and in life.

During the Sun's progression through the Scorpio/Cancer third decan, home family and heritage grow in importance, and you gradually begin to manifest the wisdom and charismatic charm inherent in Scorpio. This is the time when Scorpios can potentially find their place and purpose in the world of others.

Note: Sometime before they are 30, every Scorpio's life will change dramatically when their progressing Sun leaves Scorpio and enters Sagittarius. For someone born when the Sun was in Scorpio, this solar progression can be like a bright light is suddenly turned on and they are freed from their long dark night of the soul.

While it's easy to understand what a decan is and how it affects the astrological sign of Scorpio, it's harder to interpret just what the impact of the decans will have on a particular individual. This would involve an analysis of the entire birth chart by a competent astrologer who will also take into consideration the position of the planets, their aspects, and influences, plus other astrological elements.