Those born between approximately October 24th and November 22nd have their Suns in Scorpio. Still, everyone has Scorpio somewhere in their birth chart. Scorpio has several animal symbols, but the most commonly seen is the scorpion. A scorpion, like the sign of Scorpio, is amazingly complex and bent on survival.

The names of the astrological signs were taken from the constellations in ancient times. They were given definitions according to their myths. Since ancient times scorpions have played an important role in mythology. There are many ancient cultures that have Scorpio myths, but the most well-known is the myth of Scorpius and Orion.

According to Greek mythology, the great hunter, Orion, boasted there was no animal he couldn't defeat. However, when he bragged to the Goddess Artemis, daughter of Zeus, that he would kill every animal on earth, Gaia, the Goddess of the Earth, sent a giant scorpion to kill Orion. A great battle ensued, Orion was defeated and killed by the scorpion. The battle caught the attention of Zeus, the god of the sky, and all Olympian gods, who then honored the scorpion by raising it to the heavens. Goddess Artemis, who admired Orion, requested that he be honored in the same way. Zeus obliged, but placed them on opposite ends of the night sky. Constellation Scorpius can be is still seen, endlessly chasing Orion across the night sky. 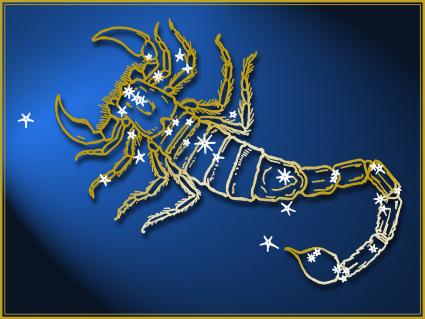 The Scorpion and Scorpio's Basic Personality

The scorpion is the most well-known Scorpio animal. A scorpion is defensive, cautious, and is keenly aware of its surroundings. It lays low and stays in the background and when frightened strikes out. Scorpions also have the magical ability to glow under ultraviolet light. The sign of Scorpio is often associated with magic as well as the cautious, defensive, self-protective nature of a scorpion.

The planet Mars is the ancient ruler of Scorpio, and the scorpion represents the Mars aspect of Scorpio. The scorpion symbolizes Scorpio's: 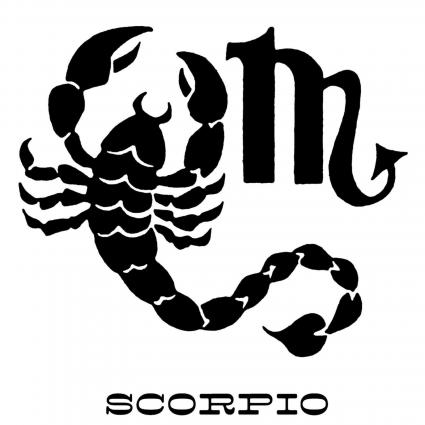 The Serpent, Eagle, and Phoenix

Scorpio, unlike the other astrological signs, has other animal symbols. This is because Scorpio is a sign of transformation, change, and metamorphosis. Taken together, Scorpio's animal symbols, the Scorpion, serpent, eagle, and Phoenix, are tied to the sign of Scorpio's various stages of spiritual growth or transformation.

Scorpio is also ruled by the planet, Pluto. Pluto is the planet of dying to one way of being and being reborn into another. The way a serpent sheds its skin has made it a universal symbol of renewal, rebirth, and regeneration. The serpent also represents a Scorpio's fascination with danger, death, and the unseen. As well as Scorpio's penchant to be tempted by anything that can disrupt their peaceful, simple life. 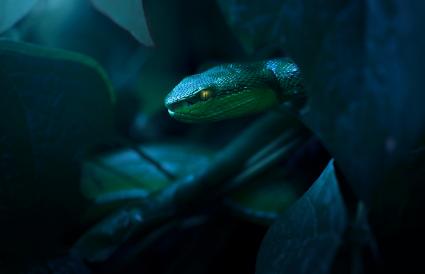 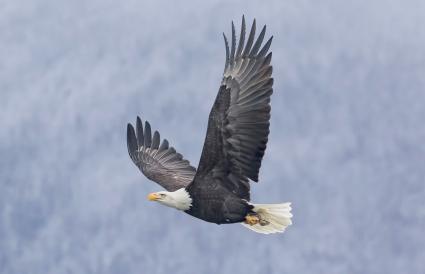 The Phoenix is a mythological creature that represents Scorpio's evolutionary journey from the crawling scorpion and snake to the soaring eagle. Scorpio cannot run from the fire of their emotional intensity and often seem to choose painful life circumstances to purge what is destructive in their personality. They can have the rug pulled out from under their feet repeatedly and hit rock bottom and then, like the mythological Phoenix, rise from the ashes and triumphantly soar. 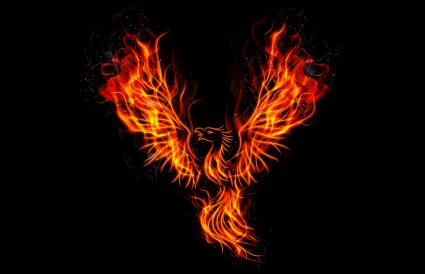 Scorpios may well be too intense, secretive, unforgiving, jealous, possessive, and hostile for some people. But they are committed to an evolutionary journey, their emotions run deep, and are not easily expressed. Scorpio's relationships are seldom relaxed and easy-going because sex is often the means through which they explore their transformational journey.