What do all Sagittarians have in common? They are ruled by Jupiter, the enthusiastic, happy-go-lucky planet of luck, abundance, philosophy, higher learning, faith, and personal growth. However, it's also the planet associated with excess. Yes, all Sagittarians are guided by the jolly giant of the solar system and astrology's most optimistic and positive planet.

Sagittarius and Jupiter have a lot in common. Both are optimistic, jovial, and focused on expanding the mind. Sagittarius is the wanderer and wonderer of the zodiac. Jupiter is all about abundance. It's in Sagittarius' nature to be constantly yearning for more of everything in life, so Sagittarius is well-served by Jupiter's expansive nature.

Jupiter as Ruler of Sagittarius

As ruler of Sagittarius, Jupiter bequeaths Sagittarians with an abundance of personality and inspires them to be open-hearted, tolerant, inspirational, and spread of joy. It guides them to have faith, think positive and take risks. As Jupiter's child, Sagittarians are lucky and feel positive about the choices they make and how their lives are going.

Jupiter's Connection to You

Everyone has Sagittarius and Jupiter somewhere in their birth chart. Studying both in your horoscope can reveal how you can best express your Jupitarian faith and optimism and in what area of life you'll be the most fortunate as well as where your opportunities for success, abundance, and wealth can be found. 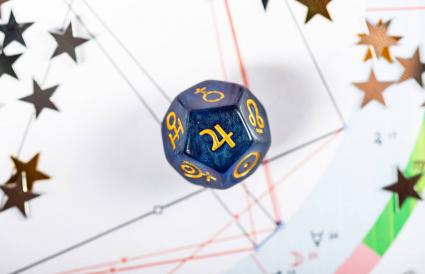 Jupiter in a Sagittarian's Birth Chart

To fully understand the importance of Jupiter to Sagittarians, you need a basic understanding of ruling planets. However, Jupiter's sign, house, and how Jupiter is aligned with other planets in their birth chart can provide a beginning.

Jupiter's sign generally indicates how a Sagittarian can be the most fortunate.

When Jupiter is in aspect to other planets in a Sagittarian's birth chart, it spreads optimism, joy, luck, and faith around. When Jupiter connects directly to personal planets, each is more fortunate and expansive in their endeavors. However, it should also be noted that there can also be too much of a good thing.

When Jupiter aspects a Sagittarian's Sun, it magnifies the natural optimism, faith, and wanderlust of a Sagittarian, but it can also make them egotists who are self-indulgent and overbearing.

When Jupiter aspects a Sagittarian's Moon, it expands their expression of emotions and feelings, but it can also cause them to make mountains out of molehills.

When Jupiter aspects a Sagittarian's Mercury, it expands their mind and can make them a visionary who speaks with a conscience. On the other hand, it can make them a blowhard who is deaf and blind to things they don't want to hear or see.

When Jupiter aspects a Sagittarian's Mars, it increases their energy and drive to act for the greater good, but it could also make them foolhardy and reckless.

A Sagittarius With Jupiter Problems

It's in Jupiter's nature to expand everything it touches. Which means a Sagittarian can become Jupiter's spoiled child. They can go overboard or become complacent and self-satisfied as the result of the advantages brought by their ruler. However, when a Sagittarius understands the gifts and liabilities associated with being Jupiter's child, they can modify their behavior and use Jupiter's largesse to their best advantage.

Are Sagittarians born luckier than others? Can you make your own luck? Whether you're a Sagittarian or not, luck, good fortune, and heavenly protection are associated the planet Jupiter. Jupiter's placement in your astrological chart can aid you in creating your own good fortune. Its transits can tell you when you'll be the luckiest. Jupiter is the jovial planet that bequeaths you with optimism, faith, and divine protection. Jupiter wants you to flourish in positive ways.

0
Comments
© 2006-2021 LoveToKnow, Corp., except where otherwise noted. All Rights Reserved.
Resources, Advice & Tips for Covid-19
Read More
Sagittarius' Ruling Planet and Its Connection to You