Sagittarius Animal Sign and Meaning of Centaur and Archer in Astrology

The Sagittarius constellation is defined as a centaur with a bow and arrow pointed toward the heart of Scorpio, the star, Antares. The centaur and the archer are both symbols used for the astrological sign of Sagittarius.

The Sagittarius glyph is also called the Archer. The glyph features the centaur with bow and arrow drawn in an upward angle. This is a symbol of higher aspirations and aiming for the ideals of intellect, spirituality, and philosophy. 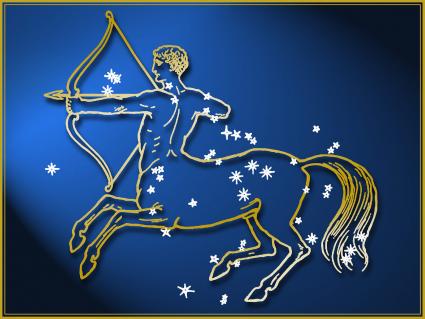 According to Greek Mythology, the half-human and half-horse centaur was considered little more than wild horses with insatiable passions. Chiron emerged from the herd and was a highly developed immortal centaur.

Hercules a friend of Chiron had appealed to Zeus to free the Titan, Prometheus, who Zeus had doomed to an eternity of agony. Chiron was chained to a rock and left as birdfeed. Each day his liver was eaten by a bird. The only way Zeus would release Prometheus was for someone to take his place.

Hercules accidentally shot Chiron with a poisonous arrow and the centaur suffered endless pain. To become mortal and die, Chiron traded places with Prometheus. Zeus honored Chiron with a place in the heavens.

In another myth, a satyr named Crotus invented archery. Ultimately, Crotus asked Zeus for the honor of being immortalized by giving him a place in the stars where he could eternally demonstrate using the bow and arrow. This story places Crotus as Sagittarius and Chiron was relegated to the Centaurus constellation.

The Sagittarius glyph is an arrow that is always pointed upward as though aimed toward the stars. There are many stylized renditions of this glyph. 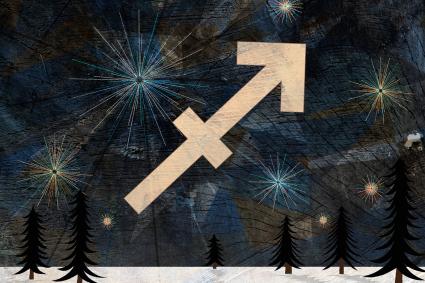 The personality traits exhibited by Sagittarius can often be compared to those of the centaur. The centaurs as a group were often call wild and unruly. Sagittarius can exhibit a wild side when freed of convention and social expectations. However, Chiron embodied the better attributes often used to describe the Sagittarius personality.

Sagittarius has an adventurous spirit and is unafraid of taking all kinds of risks be it monetary or physical. The archer takes aim at a goal or challenge and moves toward it with single-minded purpose. The archer always makes the mark!

Sagittarius can give Gemini a run for their money, since the centaur is articulate and persuasive. Sagittarius has a thirst for knowledge and knows a great deal about politics, metaphysics, business, geopolitics, and current events.

The need for adventure makes Sagittarius appear to have wanderlust. This is partially true, since the fire energy needs to be released. With a brilliant mind that is constantly thinking, the centaur often finds adventures offer a way to expend that built-up energy.

Sagittarius can appease the need for adventure and risk-taking nature via an entrepreneur venture. As an independent thinker with an optimistic attitude, being self-employed is a good career match for Sagittarius.

In addition to the other personality characteristics, Sagittarius also demonstrates various fire sign traits. This include passion and spontaneity. Sagittarius can often surprise those who don't know the centaur very well by their sudden burst of energy that contradicts their outward easy-going persona. 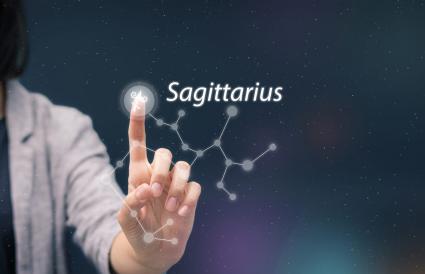 Sagittarius makes an excellent and loyal friend. With a likeable personality, Sagittarius has an easy-going persona. The archer/centaur has a genuine interest in other people and will do whatever is needed to help a friend.

Sagittarius as a Lover

Sagittarius is an attentive and romantic lover. The centaur enjoys sharing life with a true soul mate. This zodiac sign loves to have fun, enjoys sex and likes to have deep conversations about life and what lies beyond.

Learning About the Sagittarius Animal Sign and Its Meaning in Astrology