Pallas Athene was the daughter of Zeus/Jupiter and Metis, a Titan. According to a prophecy, Metis would bear two children, the first being Athena and the second would be a son who would overthrow Jupiter. Jupiter took the prophecy to heart, tricked Metis into turning herself into a fly, then swallowed her and her unborn girl child. That was the end of Metis, but Athene survived and continued to grow. Eventually, Jupiter developed an unbearable headache, which resulted in Hephaestus splitting open Jupiter's skull. When Jupiter's skull was opened out sprang Athene, fully grow, dressed in armor, and ready to meet her destiny. As Jupiter's brainchild, Athene was her father's favored child.

Athene also referred to as Pallas Athene, is the Greek goddess of wisdom, courage, inspiration, civilization, law, justice, just warfare, mathematics, strength, and strategy, as well as arts, crafts, and skill. Pallas Athene is the virgin patroness of Athens, the cradle of democracy. In her role as the goddess of heroic endeavors, she was the guardian of the welfare of kings and the State, the goddess of good counsel, of prudent restraint, and practical insight. Pallas Athene preferred to resolve disputes and make decisions with detachment and impartiality.

Pallas emphases camaraderie and androgyny. Many Greek stories portray her as having a pivotal role in issues related to gender-bending. Pallas is your feminine warrior spirit who bequeaths you with a creative type of intelligence that's holistic, inventive, and can recognize patterns in human experience and behaviors. Astrology also associates Pallas with purity, clarity, politics, and social causes, as well as a woman's ability to achieve success in a man's world. Pallas supports excellence in the professional world but also speaks of the cost both women and men pay for intellectualizing their emotions and selling out to the powers-that-be.

In a birth chart, Pallas reveals where you can figure things out with logic, reasoning, and creative understanding. She represents your creative intellect and shows where you have genius qualities. But also, how you face the issues of learning, creativity, the arts, politics, healing, alienation from relationships, competition, and the fears of success. Pallas' placement may speak of father/daughter relationships and also gives a clue as to how you respond to current sex-role issues. If Pallas, in your natal chart, is aspecting a personal planet or chart angle, one or more of the themes mentioned above will be prominent in your life.

The owl and the snake, symbols of wisdom, are both associated with Pallas Athene. Her glyph is a diamond, representing a spear, on top of a cross. 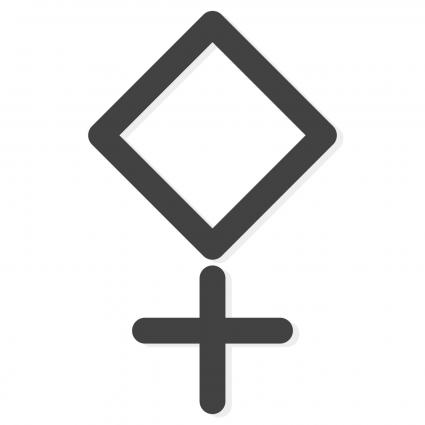 Although many sites offer free charts, few include the goddess asteroids. However, you can calculate a chart on Astro.om that will allow you to add Pallas.

Pallas Athene Through the Signs

Pallas is an efficiency expert who has a desire to find solutions and create a more civil world. The sign placement of your Pallas reveals how you manifest your creative intellect and use it to solve problems.

If your Pallas in is Aries, you're a just do it individual who charges in and finds the fastest solution. Your solutions can be pioneering solutions that get things moving.

If your Pallas is in Taurus, you are informed by your physical senses. You find common-sense solutions to problems and have the patience to stick with a cause for the long haul.

If your Pallas is in Gemini, you are informed by and are able to fight with words. You are also capable of solving more than one problem at a time.

If your Pallas is in Cancer, your creative intellect is informed by your emotions. You find empathetic solutions to problems.

If you have Pallas in Leo, you are informed by your creative vision. You solve problems dramatically and your solutions often garner attention.

If your Pallas is in Virgo, you are informed by connecting the dots. You solve problems in a discriminating, detail-oriented manner and are concerned with creating quality and order.

If your Pallas is in Libra, your creative intellect is informed by your ability to see patterns in social situations. You solve problems through reason and negotiation and are most concerned with equality and justice.

If you have Pallas in Scorpio, you are informed by your penetrating intellect. You are strategic, love problem solving and will leave no stone unturned in finding a solution.

If you have Pallas in Sagittarius, your creative intellect is informed by the big picture. You are particularly sensitive to the moral dimension of problem-solving.

If your Pallas is in Capricorn, your creative intellect is informed by what underlies a problem. You solve problems in an orderly, disciplined, and business-like manner.

If your Pallas is in Aquarius, your intellect is informed by your futuristic thinking. You can solve the most challenging problems by coming up with the most unique and unusual solutions.

If your Pallas is in Pisces, your creative intellect is informed by your mystical interpretation of reality. You dream up solutions to societal problems.

Pallas Athene through the Houses

The house of Pallas is where you have a battle plan, will take up a cause, and diligently work towards righting society's wrongs. The House placement of Pallas shows where we can be an objective, strategic planner and where you can see whole patterns and pick up unspoken and subliminal messages.

If you have Pallas in the first house, you project the image of the intelligent warrior. You can also give others the impression that you're detached and unemotional. You can see the patterns of actions; how one action leads to another.

If you have Pallas in the second house, you're good at organizing money and possessions. It can also give the ability to recognize patterns in financial trends.

If you have Pallas in the third house, you're intelligent, have a strong thirst for learning, and are good at picking up on patterns in conversation and thought and of understanding how one word leads to another.

If you have Pallas in the fourth house, you have an understanding of how personal cultural heritage fits into the big picture and are adept at picking up on family patterns and how members of a family impact one another.

If you have Pallas in the fifth, you have a knack for seeing how creative projects unfold and understanding how the creative arts can influence and create a better world.

If you have Pallas in the sixth house, you have a holistic understanding of how the daily patterns (working conditions, diet, and daily routines) can impact an individual.

If you have Pallas in the seventh house, you have a holistic understanding of the patterns in relationships.

If you have Pallas in the eighth house, you have strong intuitive, perhaps even psychic abilities, and can see patterns in a person's emotional life.

If you have Pallas in the ninth house, you have a holistic view of education, religion, and politics and how the customs and beliefs of one system impact another.

If you have Pallas in the tenth house, you have a holistic understanding of authority, career, and the importance of worldly recognition. You can see the economic patterns of the business world.

If you have Pallas in the eleventh house, you can see how each individual fits in with a group and have a holistic understanding of group endeavors and societal organizations.

If you have Pallas in the twelfth house, you have a holistic understanding of the unknowable. You see the "one" as an important part of the "all," and possess the ability to understand and communicate spiritual teachings.

Gloria Steinem, feminist, journalist and activist, and a powerful spokesperson for the women's movement is a modern-day Pallas. Gloria began her career as a feminist by creating a battle plan. She used her feminine assets and went undercover as a Playboy Bunny to experience first hand the sexual victimization of women for a research project and wrote an expose titled A Bunny's Tale. Steinem is a life long activist for human rights. In 2012, she received the Humanist of the Year award from the American Humanist Association. 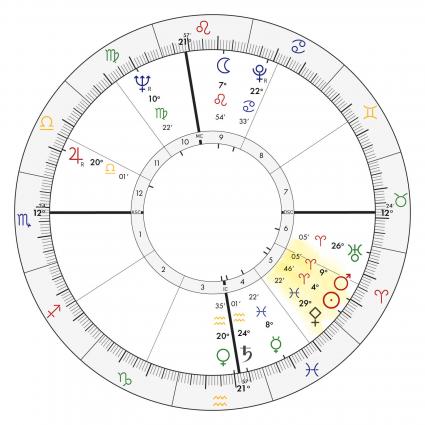 Born March 25, 1934, in Toledo, Ohio, at 10:00 pm, Gloria Steinem has Pallas Athene at 29° Pisces conjunct her Sun and Mars in Aries. Gloria's Aries planets endowed her with the strength, courage, and ability lead in the fight for women's rights. Pallas, in Pisces, bequeathed her the ability to dream up solutions, intellectual brilliance, and a way with words.

Pallas is the intellectual woman who values her ideas over her femininity. She represents the challenge both women and men face in reconciling the feminine aspects of their nature with courage, strength, success, and intelligence; traits the patriarchal world-view have generally associated with the masculine.