"Slow and steady wins the race" could be the Mars in Taurus mantra. Those with Mars in Taurus are earthy, physical, and seemingly placid creatures who are the bulldozers of the zodiac that are driven by the desire for a secure, stable, and abundant lifestyle.

Mars is the go-getter planet that rules the action-oriented sign of Aries. Taurus, the Fixed Earth sign, represents the sweetness of earthly life. Mars is not comfortable in Venus ruled Taurus. Mars wants to "go," and Taurus would just as soon sit beneath a tree. Taurus slows Mars down but also gives it more force and stamina.

Positive traits of Mars in Taurus include:

Challenges associated with Mars in Taurs include:

Those with Mars in Taurus are peaceful individuals who lead an esthetically pleasing style of life and often involve themselves in the environment, music, dancing, singing, poetry, and the arts. But they are also hard workers who are practical, realistic, and driven to to enjoy life by creating beauty, wealth, comfort, and security.

Mars in Taurus Style of Action

Those with Mars in Taurus dislike change and have to overcome their inertia before taking action. However, once they finally decide to take action, they won't be detoured and have the patience, courage, and perseverance to get what they want. Slow, cautious, and unrelenting is the Mars in Taurus style of action.

A person with Mars in Taurus won't be pushed around and is formidable when angered. Ordinarily peaceful and conciliatory, it takes a lot for these placid individuals to get angry. They tend to let their frustrations build, hold in anger, and become silent and cold before they explode like a stick of dynamite.

Those with Mars in Taurus have an imposing physical presence. They have tremendous physical energy and stamina and are usually powerfully built.

Sex, Love, and Romance for Mars in Taurus

When Mars is in Taurus, it's ruled by Venus, the planet of love and romance. This means that romantic relationships are very important to those with Mars in Taurus. However, as with most everything in their life, they move slowly and are cautious about sex, love, and romance, but they also have the courage to persevere when the are attracted to someone. 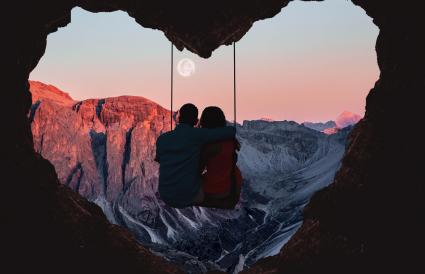 Individuals with Mars in Taurus have a strong sex drive and sexual stamina. They have a hunger for the physical expression of love and are masters of sensual pleasure and foreplay. They take their time, are demonstrative, affectionate, and have a skillful touch when it comes to pleasing their lover.

Although an individual with Mars in Taurus may be slow to commit, the comfort and stability of a family is what they strive for. They are not players; they are hardworking and loyal providers who ensure their family has a peaceful and abundant life. Those with Mars in Taurus are in heaven when it comes to home and family.

Celebrities with Mars in Taurus

While the entire birth chart is important to consider, you can see the determination, perseverance, physical energy, stamina, and staying power that's innate to individuals with Mars in Taurus revealed in the lives of the celebrities list below.

Do You Have Mars in Taurus?

Are you driven yet peaceful? Are you a slow starter? Are you a bit of a bulldozer when you do get moving? Do you have a drive for wealth, the good life, and sensual pleasures? If so, you could have Mars in Taurus. If you want to know for sure, you can get a free birth chart at astroseek.com.