Mars is the warrior planet of the zodiac. Libra is the Cardinal Air sign, ruled by Venus in her Lady Justice garb. When Mars is in Libra, Lady Justice can get tough and take up the sword. At their best, those born when Mars is in Libra are friendly, social, and conciliatory, but they are quick to stand up and fight for what they believe is fair and just.

Positive traits associated with Mars in Libra include:

Challenges for these individuals include:

Those with Mars in Libra want to be around others and take actions that make everyone feel good. These charming individuals are well-liked and have a talent for keeping the peace. They treat everyone as equals and have a friendly, supportive, and peacemaking style of life. They seek harmony, beauty, and balance and are often on the leading edge in the arts, fashion, or the beauty industries. They can also be found in legal professions, mediation, or working as social workers or advocates.

Libra enjoys debating but usually runs away from anything too confrontational. But when Mars is in Libra, the person will to go verbally toe-to-toe with an adversary. Verbal confrontation excites them and they can change from being passive and conciliatory to confrontational and angry without warning. 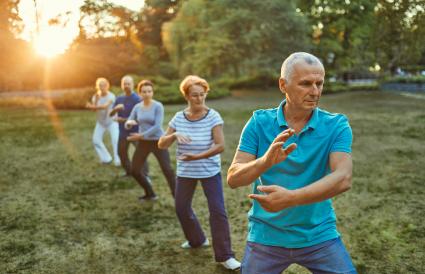 Spontaneous, fun, and hopeless romantics, those with Mars in Libra are open-minded, have a contagious zest for life, and make wonderful romantic partners. They idealize love and beauty. Sadly, romance is often a Libra warrior's downfall. Mars in Libra needs constant mental and romantic stimulation to keep love interesting. Additionally, Libra is a very charming zodiac sign that automatically attracts flirtations, and Mars in Libra acts flirtatiously to attract others.

Mars in Libra and Sex

Those with Mars in Libra are the perfect balance of wild and romantic. From dating to the bedroom, the ambiance is essential. Their idea of foreplay involves flowers, candles, background music, and beautiful lingerie. Once in bed, they are givers and refined lovers who expect their partner to give equally.

Mars in Libra and Marriage

Mars in Libra is keen to pair off, and their favorite arena is one-to-one partnerships. They often marry before they've sown their wild oats, but they have a gift for creating and maintaining balance in a marriage. Mars also indicates the methods used to solve problems. Those with Mars in Libra solve their marriage problems by clearing the air, which means there is often some disturbing verbal back and forth in their marriages. On a positive note, the verbal sparring is exciting for individuals with Mars in Libra.

Celebrities With Mars in Libra

You'll often find Mars in Libra in the birth charts of those involved in restoring the balance of power between the races, genders, and classes.

Is Your Mars in Libra?

If you don't know and would like to find out if your Mars is in Libra, you can have a free birth chart calculated at AstroSeek.com. Remember when Mars is in Libra, the astrological sign of Venus, ruler of Libra, is also essential in understanding the actions of Mars in Libra. Mars in Libra is a dichotomy that's often difficult to balance.

0
Comments
© 2006-2021 LoveToKnow, Corp., except where otherwise noted. All Rights Reserved.
Mars in Libra: A Sign With Powerful Contrasts