I've got "it," and I'm going to flaunt "it" could be the Mars in Leo mantra. There is nothing shy about an individual who has Mars in Leo. They always make a strong impression and have a talent for putting themselves front and center.

Mars in Leo: Strengths and Weaknesses

Mars, the fiery planet of action, rules Aries and the 1st house of "Self." Leo is the Fixed Fire sign that rules the 5th house of creativity and fun. Leo is governed by the "I am" Sun. When Mars resides in Leo, it creates a shiny, bright, cocky, and inflammable combination.

Strengths associated with Mars in Leo include: 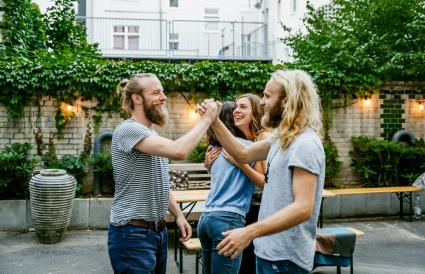 Challenges associated with Mars in Leo include:

Although those with Mars in Leo are ambitious and independent, they need to be surrounded by people. They lead an active social lifestyle, moving from person to person, talking, and just generally playing, showing off, and having a good time. Mars in Leo individuals put their best assets forward and want to be the main attraction.

It's rare to find a Mars in Leo person who doesn't have some creative talent. The world is their stage, and they want to be seen, recognized, and applauded by everyone. These individuals want to leave their mark on the world. Their passions direct them, and the kudos keep them moving. What those with Mars in Leo want most is to be recognized, praised, and loved for being the special, unique, and bright shinning star they know themselves to be.

Those with Mars in Leo tend to be healthy and exceedingly strong. Their bodies have dense muscle tissue, and they can easily develop their muscles. They eat right and get the exercise they need each day to maintain a superior appearance. Yes, those with Mars in Leo pay a great deal of attention to how they look and the clothes they wear.

Sex, Love, and Romance for Mars in Leo 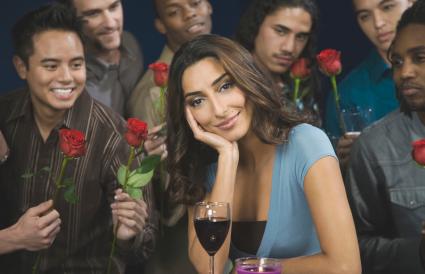 Mars in Leo Is a Player

They are players in the sense that they move from person to person, like a child in a candy store, having fun trying sampling the candy in order to find the one they like the most.

Mars in Leo Is a Romantic

They're romantic because they're charismatic, kind, and will go the extra mile when it comes to seeking the love and attention of a romantic interest. Mars in Leo individuals are affectionate, don't shy away from romantic gestures, and find it difficult to separate love from sex.

Mars in Leo Loves Being in Love

They love being in love, and once they spy a romantic target, they're unstoppable. Mars in Leo can be incredibly sexy and attractive. Unfortunately, their craving for attention can make them forget to pay attention to the needs and wants of the object of their affection.

Mars in Leo and Sex

Mars in Leo wants a sexual partner who considers them a god or goddess in bed and allows them to be in command. They are exuberant, passionate, affectionate, creative, confident, and playful lovers. They take great pride in their sexual prowess, can't stand being spurned, and will leave no stone unturned to assure their partner believes there's no one better in bed.

Mars in Leo and Family

Of course, once committed, Mars in Leo can be tremendously loyal and protective of their mate and families. They bring the same fun, enthusiasm, and pride to raising a family as they do to everything else in their life. They also expect unconditional love, devotion, and attention from their mate and family.

Compatibility for Mars in Leo

Venus is the planet of love. Mars is the planet of sex. Mars in Leo radiates heat and is compatible with individuals who have Venus in a fire sign. They'd both be spontaneously romantic and sexually adventurous. However, it's those who have Venus in an Air sign that can cause Mars in Leo's fire to burn bright. Perhaps the best mate for Mars in Leo is an individual with Venus in Libra, the Cardinal Air sign. Their sexual and romantic natures are similar but different enough to keep their love life interesting.

Celebrities With Mars in Leo

Individuals with Mars in Leo get enormous pleasure from artistic expression, and when they make a lot of money doing it, they're in heaven.

Do You Have Mars in Leo?

If you've been told a time or two that you should consider a career in acting, you might have Mars in Leo. To know for sure, you'll need your birth chart. You can get a free calculated birth chart at Astroseek.

0
Comments
© 2006-2021 LoveToKnow, Corp., except where otherwise noted. All Rights Reserved.
Mars in Leo: A Sign With a Strong Sense of Self