Mars, the ruler of Aries, speaks of your assertiveness, power, will, drive, ambition, temper, and bravery. Cancer is the Cardinal Water sign of the zodiac that's ruled by the Moon. Cancer is emotional, nostalgic, security conscious, and family and home oriented. With warrior Mars in the family-oriented sign of Cancer, these folks can be fiercely protective of themselves and their loved ones. Mars is said to be weakened in Cancer, but it could be more accurate to say that when Mars is in Cancer, it's more defensive than aggressive.

Positive traits associated with Mars in Cancer individuals include:

Challenges of people with this planetary alignment include:

Individuals with Mars in Cancer have strong domestic inclinations and tend to be family or homeland oriented. They're typically motivated to be successful and create a safe, comforting, and homey lifestyle. They're protective and care deeply for what and who they love, and are not afraid to fight back against injustice. Individuals with Mars in Cancer often participate in water sports and work in caregiving professions or careers that involve protecting others.

Those with Mars in Cancer have an attractive and soothing calm strength about them. They're usually non-confrontational but can be bold and fearless if threatened. When stressed, angry, or hurt, they tend to react impulsively. When happy, they act with great confidence. When tense, they can be entirely withdrawn. When threatened by indifference, they can become argumentative and manipulative. However, they tend to shy away from direct confrontations and typically react in a passive-aggressive manner.

Ruled by the ever-changing Moon, energy levels are inconsistent for those with Mars in Cancer. They move relatively slowly and indirectly but can also act unpredictably. The way they attack life largely depends on their moods. These emotionally sensitive individuals act on their emotions. They often suffer from mood swings and bouts of depression, which zap their energy and vitality. They also need a great deal of alone time to recuperate and refresh their energy. 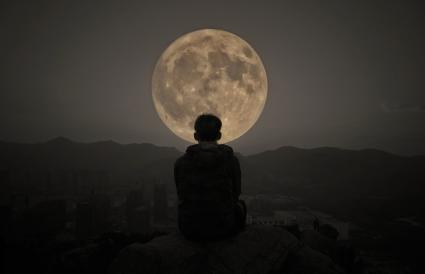 As with everything else in their lives, those with Mars in Cancer don't rush into a relationship. They need to feel safe and secure before any deep involvement. However, once a safe and secure emotional attachment is developed, they can be tenacious in relationships. At their best, those with Mars in Cancer are sensuous, warm, cuddly, and romantic partners.

Mars in Cancer and Sex

For those with Mars in Cancer, sex is symbolic of love, and they are their most sensual and romantic behind closed doors. Their sex drive is also tied up with their emotional need for safety and security. They are soft, gentle, and affectionate lovers who want to be held tightly within their lover's arms.

Mars in Cancer in Love

When in love, individuals with Mars in Cancer have an almost healing aura about them. They're nurturing, protective, and loyal. They want to care for their lover and to feel secure, loved, and cared for in return. Mars in Cancer is expressed best in a loving, committed relationship.

Mars in Cancer and Marriage 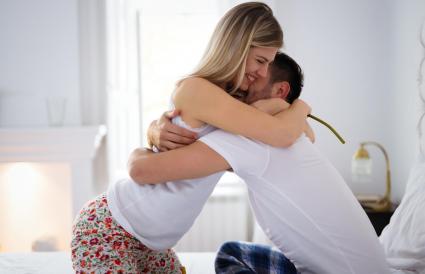 Venus and Mars are the love makers of the zodiac. Individuals with Mars in Cancer are often attracted to those who have Venus in the water signs, Cancer, Scorpio, and Pisces. However, they're likely to feel the most comfortable, secure, and safe with a person who has Venus in stable and affectionate Taurus.

Celebrities With Mars in Cancer

As you can see reflected in the lives of the celebrities listed below, the way an individual with Mars in Cancer instinctively asserts themselves is also dependent on the sign of their Moon (ruler of Cancer) and their Sun sign.

Do You Have Mars in Cancer?

If you don't know but would like to find out if your Mars is in Cancer, astrolibrary.org has a Mars sign calculator. If you're confused about the difference between the Sun, Moon, and Mars, briefly, your Sun is who you are, your Moon is your need to feel safe and secure, and Mars is how you go after what you want in life. Those with Mars in Cancer cautiously and intuitively feel their way through life.