"Life is a battleground" could be the Mars in Aries' Motto. Those with Mars in Aries are vibrant and intuitive, full speed ahead individuals who "know what they want and won't take no for an answer."

Mars is the fiery planet of action. Aries is the Cardinal Fire sign of the zodiac that's ruled by Mars. Aries is the "I am" sign. Both Mars and Aries are about taking self-serving action. When Mars is in Aries, it's supercharged, combustible, fights for what it wants, and is almost unstoppable.

Those with Mars in Aries have a fighting spirit. They are take-charge individuals who listen to their instincts and are assertive, competitive, and quick to act. These are the fierce "never-say-die" go-getters and trailblazers of the zodiac.

Strengths associated with Mars in Aries include:

Weaknesses associated with Mars in Aries Include:

While those with Mars in Aries are naturally more comfortable doing, saying, and getting what they want even if they have to fight for it. They can accentuate the positive traits of Mars in Aries if they slow down to prevent hasty and reckless decisions, learn to be more considerate of and listen to others, and understand that "might does not always make right."

Mars in Aries Style of Life

The lives of individuals with Mars in Aries have a naïve, childlike, and reckless quality. Mars in Aries lives in the moment and is always on the run. They tend to be loners who won't be tied down or told what to do, regardless of the consequences. Motivated by their ambition to be #1, they're self-driven individuals who, at their best, often become leaders in their career fields. 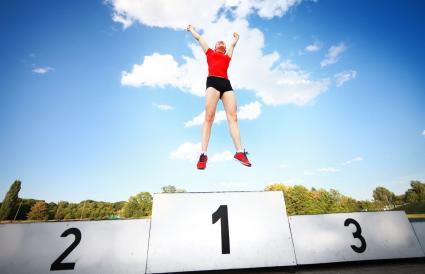 Physical activity motivates those with Mars in Aries. Typically, strong with an athletic body and a determined walk, people with Mars in Aries are often involved in contact sports, fencing, or running and tend to be physically active into their senior years.

Mars in Aries Love and Sex

Mars in Aries lovers are extremists with fiery passions. When it comes to love, they are quick to fall in love and quick to run away. They enjoy the challenge of love and want love to be a firestorm of both pain and ecstasy. An individual with Mars in Aries has a sexual rawness that draws lovers, but they can be troublesome lovers. On a more positive note, although they are reckless when it comes to love, as long as the relationship is active and exciting, even if it's a battlefield, a lover with Mars in Aries never loses interest. 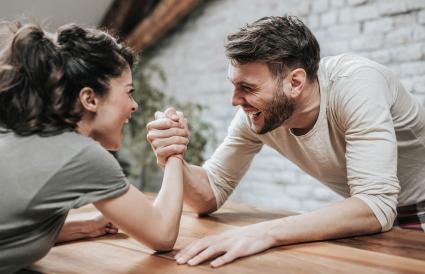 Women with Mars in Aries are femme fatales who tend to be very athletic, creative, uninhibited, argumentative, and tempestuous. They're usually attracted to confident, strong, and independent men who are athletic in appearance. These are women who want a man who doesn't play games or beat around the bush, but most of all, they're attracted to partners who can make life exciting and keep up with them. A good match would be a man with a lot of fire in his birth chart.

Men with Mars in Aries are hyper-masculine, exciting, fast, and directly to the point. They want a partner they can chase and fight with and one who can keep up with them - both in and out of the bedroom. If that partner has Venus in Aries, it's a match made in heaven that will likely take them both to hell and back.

Celebrities With Mars in Aries

These famous individuals are all very different, but each life's story reveals the vitality, courage, drive, and ambition that is common of those with Mars in Aries.

Is Your Mars in Aries?

Regardless of their Sun sign, everyone with Mars in Aries will display these personality traits to one degree or another. So, if any of this sounds familiar to you and you don't know the sign of your Mars, you can find out by creating your birth chart at AstroSeek.com.

0
Comments
© 2006-2021 LoveToKnow, Corp., except where otherwise noted. All Rights Reserved.
Mars in Aries: A Sign With Vibrant, Intuitive Traits