The Libra-Scorpio cusp is known as the "Cusp of Drama and Criticism." Libra-Scorpios are charming and seductive, but also vocal, real, honest, and tenacious. They are a complex mixture of sugar and spice, excitement and drama.

Libra-Scorpios are less social, deeper, and more intense than a generic Libra. Observant, analytical, and curious, a Libra-Scorpio wants to know and can sense what lies beneath the surface of social interactions. Libra-Scorpios are cloak-and-dagger Libras who often hide their strength and power beneath a bright and charming veneer. They are communicators and critical thinkers who are gifted at ferreting out the good and bad in others and aren't afraid to be openly honest, even if their openness gets them into trouble. 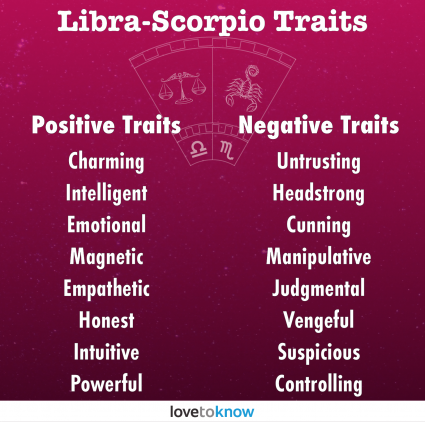 As Cardinal Air, Libra is bright, breezy, and interactive. As Fixed water, Scorpio, like a swamp, is still and unmoving but teeming with life hidden beneath the surface. When active air skims over water, it creates ripples, the more active the air, the more the water stirs up and brings what's unseen to the surface. Libra-Scorpios are captivating individuals who can excite and draw you to them with their charm and intelligence, but cross them, and they can quickly become unhinged, out of control, and act solely on their emotions.

Both Taurus and Libra are ruled by the planet Venus. As ruler of Libra, Venus is more outgoing, active, intellectual, and interested in justice and fairness. This more egalitarian Venus takes the lead, but the power, passion, and intensity of Pluto and Mars, Scorpio's rulers, underlie her Venusian endeavors. Additionally, Libra-Scorpios were born in the Gemini Decan of Libra, ruled by Mercury, the messenger and trickster planet of the zodiac. Combining these three planets can create an intelligent, magnetic individual who possesses the power of seduction and is quick to say exactly what's on their mind. 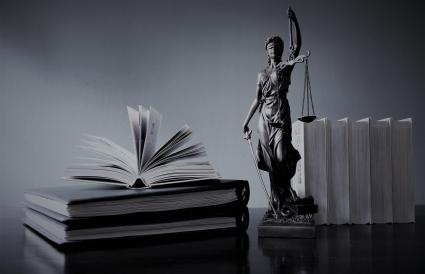 In matters of love and romance, Libra-Scorpio cuspers should stay miles away from possessive individuals. It's likely a Libra would be the best match for a Libra-Scorpio, because Libra is one of the least possessive signs of the zodiac. These two can easily talk about their inner feelings, fantasies, and wishes with each other. Plus, they're both open lovers who believe in unconventional love and can move on quickly if the relationship falters.

A great example of the Libra-Scorpio personality is Kamala Harris, born on October 20, 1964, with her Sun at 28°14" Libra. With her Libra intelligence, sharp debate skills, and affable personality, backed up by the powerful and tenacious fighting spirit of Scorpio, she became a political voice to be reckoned with.

The Astrological Logic of Cusps

Social psychologists say that important personality traits develop by first grade. The logic behind the cusps is the progressed Sun, which moves forward one degree each year. This means that between ages 0-3, when your progressed Sun entered Scorpio, you began integrating Scorpio traits into your still budding Libra personality and by school age you were a bit of a Libra-Scorpio blend.