The truth about a Scorpio man is that he will test a prospective partner before committing. All men with a strong emphasis on Scorpio in their charts (Scorpio Sun, Moon, Rising Sign, planets in the Eighth House or strong Pluto aspects) are extremely cautious when entering a new relationship, and they will test the water before they dive in.

How Does a Scorpio Man Show Love?

In modern society, boys aren't supposed to cry, and a man is expected to be a doer, not a feeler. This is changing, and some men are breaking free and allowing their sensitivity to show, but over all, the stereotypes still hold true. It is hard to be a Scorpio boy. From birth, boys with a strong Scorpio emphasis have to throttle back their emotions, and that is not easy for them! As the fixed water sign, Scorpio emotions can be overwhelming.

Scorpio boys and men can hide their vulnerability only by creating a mask which makes them seem aloof and mysterious. But behind the mask, they are a seething welter of feelings that are deep, incoherent and incomprehensible even to themselves. Because if this, it can be hard to figure out how to tell if a Scorpio man likes you.

The sensitivity of a Scorpio is legendary. The fixed signs represent the maximum strength of an element. Water signs are emotional, and Scorpios are most sensitive of all. They feel everything! Their understanding of others is deep and incisive.

If you lie to your Scorpio lover, he will know it. Much of human social behaviour, particularly at the courting stage of relationships, boils down to presenting oneself in the most positive way, often appearing to be what one is not. To a Scorpio, this is lying, pure and simple. He has a strict ethic around honesty because he is so deeply hurt by dishonesty. To a Scorpio, betrayal is an icepick into the heart. His emotional reactions go beyond anything considered 'normal,' but for him, this is normal.

Scorpios have a well-deserved reputation for secrecy. If he does not fully trust you, he will hold his cards so close to his chest you are not even sure he is holding any. Nobody can keep a secret like a Scorpio! It is not that he does not want to be forthright; in fact he is a lover of truth, but he needs to know he will not be attacked or betrayed in response to what he has to reveal. He would rather hide than risk rejection.

When a Scorpio tests you, it is because he needs to. He is so vulnerable, and the relationship means so much to him, that he will not blunder forward without some indication that you will be there for him all the way. He will first test the water with his toe, then dip his foot in up to the calf, then venture in a little deeper, but it will take time before he really knows you, and more time until he commits. 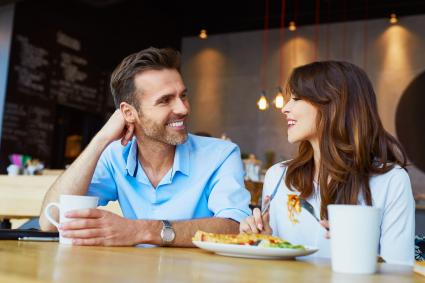 His favourite way to test you is through simple observation. He will observe you from behind hooded, mysterious eyes, and through watching, he can feel you. He observes and allows his feelings to respond to his observations. He listens to the swirl, ebb and flow of emotion that lets him know 'this is right' or 'something is wrong.'

He will ask himself, does this person have integrity? Is she honest? Will she change her mind and hurt me? He does not think about these things in a linear fashion. He allows his depths to reverberate with a sense of knowing, a sense that is most often accurate.

Other Ways He Tests You

He may set you up, staging events so that your actions and responses reveal your character. If you are to betray him then now would be the time, he thinks. Some Scorpios will test and test right into and past the stage of commitment if their emotional issues are especially strong.

In extreme cases, a Scorpio lover may become a stalker, following you, watching to see where you go and what you do. This is not usual behaviour, even for a Scorpio, but it is part of the Scorpio spectrum. Scorpio at its darkest is a spy, haunting the shadows, lurking. Even if he does not play the spy, some part of him is holding himself back, hiding and waiting.

Yep, he'll test you sexually, too. How emotionally deep can you go? How fully will you open to him? Do you hold back? Will you dare, are you sexually courageous? This is the one area where he holds nothing back from the beginning. His capacity for sexual intimacy is astonishing, and if you are sexually compatible, the passion you generate together is its own reward.

This passionate intimacy is so precious to him it can make him even more guarded in non-sexual moments. He knows how much he has revealed of himself, and it frightens him. He needs to be sure of you. This man craves nothing less than a deep, intimate and permanent love. If that is what you want, and you are brave enough, you will be on the same page. 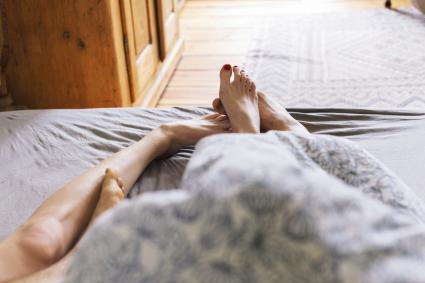 No one loves or commits more profoundly than a Scorpio. It takes a special person to love this man. If he decides that you are right for him, your bond will awaken you to levels of passion and intimacy you might not have imagined possible. He won't fully open until he trusts you, and even then he is likely to backslide. He will always be half feral. Something about him is not quite human, and this adds to the attraction.

Being tested is uncomfortable! Nobody likes the feeling of being on trial, and with a Scorpio, the undercurrents (if you are sensitive) can be excruciating. Sometimes the testing can go on for years, and with some Scorpios, the burnt, wounded ones, it may never stop. Some men have been betrayed one too many times, so that trust is no longer an option for them. A man like this will never stop testing, certain that sooner or later you too will betray him. The trouble is, there is no way to tell which sort of Scorpio you have found, because even the strongest and sanest Scorpios are impossibly hard to read.

Is the Relationship Going to Work?

Only you can decide whether this relationship is worth the time and discomfort. If you are strong in the fire or air elements, you're probably already out of there. If you are strongest in water and earth, you are probably more patient and compassionate. You don't need to read him; you can feel his pain. This can be a trap though. Most abusers are in pain, and a too-compassionate mate can end up a victim. Have boundaries and lines that, if crossed, mean that you will leave, end of story. Don't take abuse from him. If you feel manipulated or violated in any way that is an indicator that you are not in the right relationship.

Will a Scorpio Man Change?

True, he might change. His heart may melt and open to you, eventually. But if your patience means that you are subject to abuse, then you owe it to yourself to close the door from the other side. Testing is one thing, but no one deserves to be abused. It sets a bad precedent for the relationship. And if he is testing you, then you have the right to test him back. Be strict. Don't be a doormat.

Nobody Is Simply One Thing

Nobody is a pure Scorpio. Depending on many factors, such as the Moon's sign, the Ascendant, his Mars and Venus positions and aspects, house positions of the Sun, and your personal synastry and composite relationship chart, your Scorpio might show up quite differently than what is typical. If you really want to know about this man in particular, have a full natal chart reading done (with his permission).

At the very least, find out his Moon sign and Ascendant, and look into how that can modify his Sun sign behaviors. And at root, every Scorpio Sun has his feet planted firmly on the ground of his Taurus Earth, which gives him a deep steadiness and reliableness. 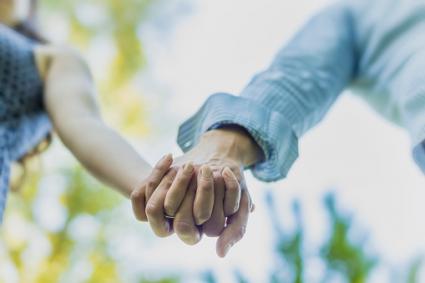 Is Scorpio Worth It?

If the relationship feels right to you, be patient, and if it feels wrong, walk away. That's the bottom line. This relationship tests you on more levels than one. It is an opportunity for you to step up your personal growth, to grow more authentic, to be braver, to learn to honour your word and speak the truth in all things. If you share a passionate connection and you are authentic and vulnerable, your love can last into eternity. That is how deep the bond goes with a Scorpio. And if that is what you want, the waiting and testing will be well worth it.