With their charming combination of intelligence and cool self-control, it takes some skill to get an Aquarius male to chase you. These guys dance to the beat of their own drum and don't mind dancing alone, which means you're likely to have to alter your usual seduction strategy. Rest assured though that when an Aquarius man has a crush on you, you will know it!

Aquarius is the fixed air sign of the zodiac; this indicates that if you want to attract Aquarius men, forget about body beautiful and any physical or emotional seduction or game playing. An Aquarius male is a cerebral guy, and he's far more interested in your smarts.

Stand Out From the Crowd

Accentuating your eccentricities will spark an Aquarian man's curiosity. They are turned on by the unusual, the unique, and the unconventional. So, smile, have fun and be quirky enough to be interesting and intriguing. Keep in mind that being "quirky" isn't just a fashion statement. It's a way of being that will catch an Aquarius man by surprise and thrill him with your wonder of the world and its diversity of individuals. So, focus on your unique qualities and find ways to let them shine, even if you've felt shy about doing it before.

Aquarians are extremely interested in people and what they have to say, so let an Aquarian man probe your mind and examine his. You don't have to have a high IQ, but you do need to be curious and interdisciplinary in your thinking. An Aquarius man enjoys spending time with a person who mentally stimulates him, and one who is also simulatable - someone who is interested in his ideas but also has ideas of their own. Don't just listen, talk and don't be afraid to express your thoughts and ideas, no matter unconventional you might believe they are. Enjoy the conversation but be prepared and don't take it personally if he says you're totally off base.

"You have your life; I have mine," is the ongoing theme of an Aquarian man's life. However, he wants to hear about every aspect of your life. So, be yourself and show him the many sides of yourself, the more unusual, the better. These guys are attracted to truth and honesty and can't stand pretense. So be honest and let him know you're interested. Then back off and give him plenty of space and time to get to know you.

An Aquarius man is a "let's keep things friendly and impersonal" sort of guy. So, it's important to him that you be his friend first. He's social, gregarious and loves meeting and mixing with others, but interacting with someone on an emotional basis is just too heavy for him. So, keep things light and friendly, ask him to meet up with you and your friends, talk, and have fun, but don't make him the center of your attention. You'll have to pass the personal freedom, mental exploration, friendship, and fun litmus-tests if you want to be pursued by an Aquarius man. 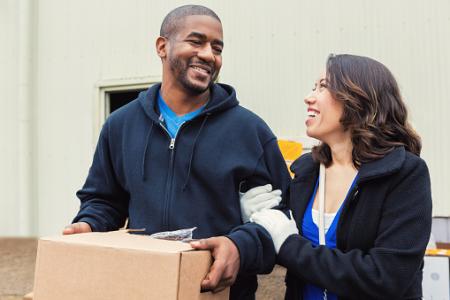 Be Passionate About a Cause

An Aquarius man is usually philanthropic and humanitarian and has more than likely latched onto a cause he believes is for the betterment of society. So, if you're passionate about a cause or active in helping others, you'll have his attention. Hooking up with someone passionate about a social cause or a political agenda is an Aquarian man's specialty.

Have Your Own Life

You'll need to be as cool and detached as he is; the last thing an Aquarian man wants is a demanding, needy, pushy, and jealous partner. These are independent guys who need independent partners, with minds and lives of their own. It's important to go on with your life, stay connected with your friends, and show him you have a life and interests of your own and don't mind spending time alone.

These men bore quickly, so stay interesting and informed. Attend lectures and debates and stay up the latest humanitarian issues around the world, as well as new scientific breakthroughs and what's happening politically. Form some thoughts, ideas, and opinions. An Aquarius man will enjoy feeding off these, and they like having their own challenged and arguing their positions. Defend your ideas and principles but don't expect you'll ever change his mind. Don't belabor the point - just agree that the two of you disagree. An Aquarius man loves an independent thinker.

Think out of the box. Shun routines, expectations, and rules, and surprise him with your originality and ingenuity.

Aquarians are rational and logical. It's not that an Aquarian man doesn't have or feel emotions, he just doesn't understand them. And this leads him to avoid emotional displays, even emotional displays of affection, like the plague. So always hold your emotions in check and engage him on a thinking basis. If you're hurt or angry, stay calm, be rational, and don't cry or throw insulting remarks. Talk over whatever's bothering you and focus on solving the problem in a civil, logical, business-like way.

Don't Be Extravagant or Wasteful

An Aquarian man is not extravagant, wasteful, or likely to squander money or spend it on himself. He has concern for the welfare of others and prefers the money to go where it's needed. Never brag to an Aquarius man about how much you paid for anything or let him see you be greedy or wasteful. If he sees you've spent an exorbitant amount of money on a pair of shoes or some unless trinket or trashed something a needy person could use, his immediate reaction is that you're selfish and self-centered, characteristics he cannot bear.

Aquarian men want to choose their own path and do what they want to do when they want to do it. To them, the word commitment has all the earmarks of being tied down. So, avoid the word at all costs. If he chooses to commit, it will be his decision and his alone, and nothing you do or say can make a difference. Even when these guys commit or get married, their relationships can be more like a "friends with benefits" arrangement. It's not that they won't be loyal to their partner, it's just that they need a lot of space in the togetherness.

The best advice is to be true to your very best self and if an Aquarius man gives chase, you'll know you've met all his qualifications, and he's decided to give you a whirl.

An Aquarian man can be "fringe" and mainstream all at once, which is a fascinating paradox. In attempting to define what it might take to attract one, you have to remember that the sign of Aquarius, is ruled by both Uranus, the planet of rebellion and Saturn, the planet of tradition. And this results in some very different types of Aquarians. 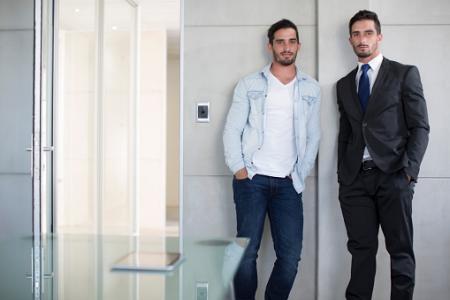 An Aquarian is a unique and inviting guy. Many individuals have put in a lot of effort to attract their attention and some wish hadn't. The Aquarian man is just not for everyone. There is an obvious downside to their "live and let live" nature when it comes to romance.

Signs an Aquarius Man Likes You

However, the #1 way to know an Aquarius man has fallen for you is when he spends more time with you than he does his buddies.

There are a few "don'ts" to remember if you're interested in winning over an Aquarian man:

The Freedom to Be

All Aquarius men are a bit different from one another depending on other placements in their horoscope, but all typical Sun sign Aquarian men require the freedom to be an individual and the uncompromising expression of their individuality. One of the best things about these freedom-loving guys is that their "live and let live" policy allows their partners to be the unique individuals they are.

5
Comments
© 2006-2021 LoveToKnow, Corp., except where otherwise noted. All Rights Reserved.
Resources, Advice & Tips for Covid-19
Read More
How to Make an Aquarius Man Chase You