He's passionate, assertive, and straightforward, and when an Aries man is hurt, he will let you know. If you've broken up, handling your future interactions can be challenging for both of you at times.

Breakups and the Aries Man

An Aries man is an incurable optimist and romantic who's disarmingly idealistic when beginning a romantic relationship and remarkably naïve when it comes to maintaining or ending it.

If an Aries Man Breaks Up with You

An Aries man is not hard to read. He won't beat around the bush, mince words, or ignore a woman. Nor will he give much thought to her feelings. He'll say what he wants to say and then cut and run.

An Aries Man Quickly Moves On

His callous, all about me attitude can cut a woman to the bone. It can leave her reeling and desperately trying to process just what went wrong as he turns his back on her, quickly walks out the door, and moves on to a new romance. 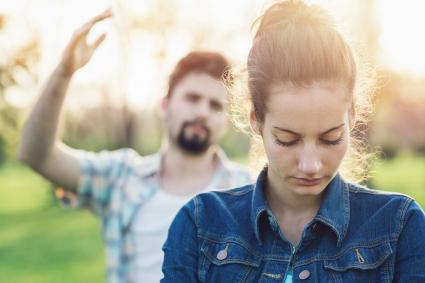 When You Break Up With an Aries Man

When dumped, an Aries man can get ugly. He'll yell, call the woman unkind things and as she walks out the door, he'll shout, "Don't let the door hit you on your backside on your way out!" He'll never admit he cares when a woman ends her relationship with him, but he does. Underneath his brash nature is an underlying lack of confidence and a wounded child-like man who fears he may be unworthy of love. So when a woman breaks up with him, he'll make every effort to save face by trying to convince her and everyone around him he's doing just fine.

When hurt badly enough, the games an Aries man plays can be downright cruel. He's likely to throw all the rules of breakup etiquette out the window and into his ex-lover's face. To bolster his hurt manly pride, he might:

However when all is said and done, an Aries man has a short attention span, will convince himself it was him that dumped her and move on.

The Best Way to Break Up With an Aries Man

Don't bother walking away or to stop answering his calls, emails, or texts. That will only spark an Aries man's competitive nature, and he'll come chasing after you. So, unless you're a woman who doesn't mind harsh words and can ignore hurtful games, breaking up with an Aries man will take some foresight and planning.

An Aries Man Is a Me First Guy

An Aries man is a "me first" guy, which means he'd rather break up with a woman before she breaks up him. So, the best plan may be to make him do the breaking up by temporarily becoming all the things he finds unattractive in a woman.

Don't Fight With an Aries Man

Most important, don't fight with an Aries man. Fighting is like foreplay to him and will only confuse things. Let the breakup be the Aries man's choice, and it won't be long before he's gone, at least for a while.

Getting an Aries Man Back

Of course, if a woman wants an Aries man him back and plays her cards right, she might be able to get him back, but much depends on the amount of anger and hurt in the breakup. Although he'll never admit he misses you and wants you back, the very best way to get an Aries man back is to make sure he misses you. An Aries man is one of the easiest guys to get back together with because he hates to lose, seldom holds a grudge, and for him, love is forever renewable.

The Sun As Center

The Sun is the center of every person's being. It colors the personality so strongly that an amazingly accurate picture can be given of the individual who was born with the Sun in a particular sign. It stamps a person with those characteristics in every area of their lives. Though the Sun isn't the only factor in analyzing a person's behavior and traits, it's easily the most important single consideration. It's because of his Aries Sun that this is a man who tends to fall in love hard and fast, fall out of love just as hard and fast, and is often optimistically willing to begin the romance all over again. 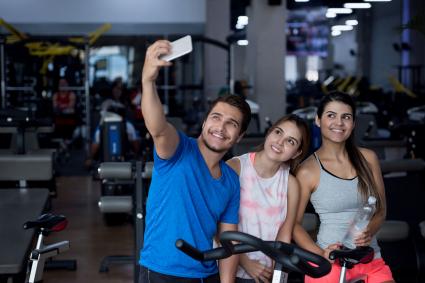 Aries, the first sign of the zodiac, is the cardinal fire sign that's ruled by Mars, the planet of sexuality and war. At the center of an Aries man's soul is a passionate drive to initiate new beginnings. An Aries man is determined and will pursue a woman with a single-minded sense of purpose and passion. When he wants to charm, he can outdo a Libran. However, he's not the best at maintaining a relationship, and when a romantic relationship breaks up, he can be just as nasty and ruthless as he was charming in the beginning. The Aries man is great at beginning a romance but not so good at peacefully and permanently ending one.

2
Comments
© 2006-2020 LoveToKnow, Corp., except where otherwise noted. All Rights Reserved.
Resources, Advice & Tips for COVID-19
Read More
How Does an Aries Man Handle a Breakup?