Apologizing to anyone can be traumatic, especially if hurt feelings abound. It's said the real trick to making up is to admit you were wrong, and the other was right. This is especially true with an Aquarian man. These guys are always right, even if they're wrong. However, if the wrong you committed is not over the top, you approach him in the right way, and come up with a compelling argument as to why you wronged him, these unpredictable guys might even laugh the whole thing off.

Aquarius is the fixed air sign, which means an Aquarian man is stubborn and cerebral, and it's difficult to play on his emotions. With these cool characters, it's not only what you say, but it's also how you say it.

If you're apologizing to an Aquarian man:

Why an Aquarian Man Is Mad at You

Consider that any attempt to challenge this man's basic Aquarian traits is likely to hurt, anger, or irritate him.

An Aquarian Man Will Grow Moody

Aquarians can grow quiet and moody when hurt or angry and have few words to express how upset they are. However, you can hurt his feelings and he could carry on as if nothing had happened. But if you're getting the silent treatment, you can bet you've done something that has upset him, even if you don't know or can't remember what it is.

Talk to an Aquarian Man

If an Aquarian man seems moody or is giving you the silent treatment, just calmly ask him if you've hurt or angered him and he'll usually be happy to discuss what you did. However, if he doesn't acknowledge you or want to talk about it don't push the issue. But if he does and apology time comes, approach the apology in the manner described above. Also, bear in mind you might have to pay in some way to make amends. Just saying "I'm sorry" will not likely be enough.

Will an Aquarian Man Forgive?

After you've made your apology, back off and give him space to process it all, but accept he might hold a grudge and not readily accept your apology. Hurt an Aquarian man and he'll never forget. Hurt him repeatedly or badly and he may never forgive. 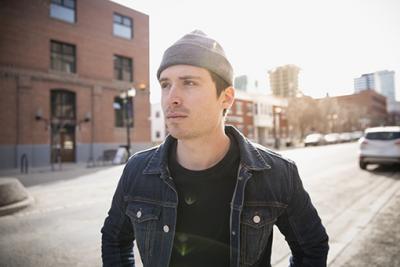 Mates, Lovers, Good Friends, and Others

If you're important to an Aquarius man, he'll be very sensitive to your actions and behavior toward him, and it's possible you can easily hurt or anger him. On the other hand, an Aquarian man can have rather thick skin and not be so easily hurt by those he considers only acquaintances.

If you're married to an Aquarians man, you probably know he doesn't handle emotions well. So, you'll have better luck making up with your Aquarius mate if you avoid getting all emotional and teary-eyed on him. To apologize to an Aquarius mate:

The calmer and more conciliatory you are when making your apology, the more his heart will soften.

Make your apology as soon as you can and select a time when you know he won't be distracted. Then give him a call, or ask him to meet you and sincerely say you're sorry. You must be composed, mature, not emotionally overwrought, and follow all the guidelines listed above for apologizing to an Aquarius man.

If an Aquarian lover doesn't want to talk or won't acknowledge your apology, tell him you still want to be his friend. Then tell him you'll miss him but if he wants you out of his life, you'll accept it, then leave him alone. You've done all you can, anything more will only aggravate him. The next move is up to him.

An Aquarian man has formed his own ideas of right and wrong and when a friend steps over the line, he'll be hurt and angry. However, if you've been a true friend from the beginning, he won't abandon that friendship.

Friendships are important to an Aquarian man; he cares deeply about his friends and would not easily give one up. If you have in some way hurt or angered him and he's made himself scarce, try to make peace with him as soon as you can. Tell him you miss his friendship, that you were wrong, and ask what you can do to make it up to him. Keep it conciliatory and friendly, and he's likely to accept your apology. Of course, you might be on probation for a while, but that's better than being shunned and ignored.

At work and in casual situations, Aquarius men can detach from slight offenses and get on with what's important. They don't like to argue or make a scene and want their interactions with others to be as peaceful and congenial as possible.

Telling Him You're Sorry

If you've wronged an Aquarian co-worker or casual acquaintance and want to apologize, talk to him in private. Tell him you genuinely regret what you did and it won't happen again, and then propose a way to make amends. It's likely he'll say it's no problem, and the two of you can shake hands and go your separate ways with no hard feelings.

In most cases, if you hurt or anger an Aquarian man, he'll ignore you and give you the silent treatment, but there are exceptions. If you've done something so over the line even you know how bad the thing you did was, say a betrayal of some sort, or if you've continually hurt him - you may be toast.

These guys have a habit of bottling their emotions up until they hit the boiling point and then exploding. If you push an Aquarius man too far watch out because he has a dark side. He can become mean, even ruthless, and cause a scene that will shock everyone around. He'll yell, shout, bring up things you've done in the past, and get very nasty and ugly. In the end, he may try to disengage himself to let his anger subside and just declare you severely disappointed him. 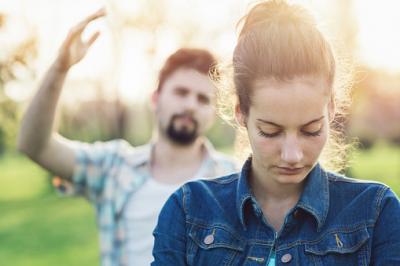 However, make an Aquarius man angry enough and his uncontrolled fury can be so volatile that even when he cools down, the damage he's done to the relationship can be irreparable, and there's little you or he can do to patch things up.

More Than his Aquarius Sun

Knowing exactly what can hurt or anger an Aquarius man, exactly how he'd deal with it, and how you should apologize is more complicated than the Sun alone. What could hurt him is better defined by his Moon. The actions he'd take if wronged by his Mars. His Venus best describes how he'll hear and respond to an apology. However, what's written above should go a long way in helping you patch things up with him. Perhaps the most important thing to remember is not to let your emotions get the best of you, because this will bring out the worst in him.

How to Apologize to an Aquarius Man