An Aries woman is a standout who wants to make a statement. It could be the way she speaks, dresses or something else that draws your attention, but you can bet she won't be a wallflower. She's a confident, free-spirited, and fearless woman who sees life as a challenge will tackle anything or anyone head on, and won't tolerate personal failure.

Aries in the Cardinal Fire sign and the first sign of the zodiac, so as you might suspect an Aries woman has a sizzling personality. She's spunky, spontaneous, and has the strength of character to be her own person.

An Aries Woman and Relationships

Whether it's a friendship, romantic or professional relationship, equality is essential to an Aries woman. She won't tolerate chauvinism or injustices of any kind. However, she's a passionate and generous lover, a delightfully fun friend, and as a professional, she's an active and creative contributor.

An Aries woman is capable, independent, and resists restrictions, but at the same time, she does want someone special in their life, and she's like a kid when she's in love. Individuals who are the most likely to catch Aries woman's eye are those with a natural self-assuredness and confidence. If they're successful all the better. A sweet, quiet person is likely to bore an Aries woman; she's looking for someone who can hold their own and is not easily intimidated. 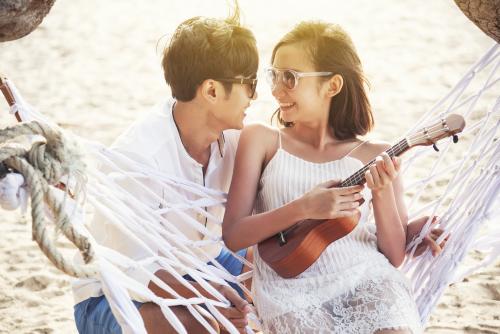 Dates with an Aries woman are filled with spontaneity, fun, and excitement. She's a feminine feminist who's all about physicality, is as comfortable with guys as she is with other women and is as self-assured in stilettos and full make-up as she is wearing sneakers and a ball cap with a clean face. So, there's no limit to dating activities and she expects more from the person she's dating than a romantic candlelit dinner. She wants every date to be an adventure.

Sex With an Aries Woman

It takes more than an intellectual or emotional affair to light a spunky Aries woman's fire. She's passionate, has a burning sexual appetite, and is seductive. She's sexually spontaneous and not shy about taking the lead. She shows her feelings and asks for what she wants. As a sexual partner, she's fun, raw, physical and never reluctant to try new things. And because she's so erotically charged, she never leaves her partner unsatisfied.

Marriage, home, and family are the last things on an Aries woman's mind. However, once she finds someone for a lifetime partner, there are certain things her spouse should remember to keep the marriage intact. Do these things, and in return, their home will always be full of light-hearted fun and laughter.

An Aries mother is playful and fun. She'll encourage her kids to try new things and will take them with her wherever she goes, all in the name of experience. She's not a super attentive or cuddly mother, but she can be a protective friend, playmate, and cheerleader. She'll instill her children with confidence, encourage their independence, build their confidence, support their independence, and inspire them to be the best they can be.

An Aries woman is friendly and will have lots of casual friends that she'll run into when she's out and about, but her life's too busy to devote any great amount of her time to others. She's a bit of a loner who usually has just a couple close friends who are as physical and spontaneous as she and can be ready on a moment's notice to join in on her adventures. 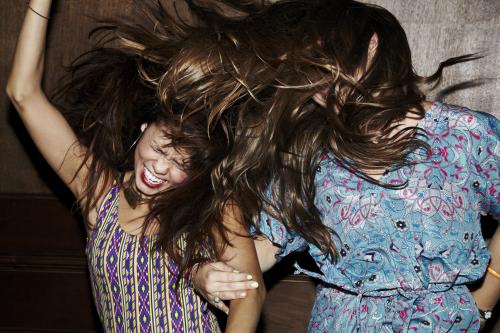 An Aries woman has an entrepreneurial spirit; she's a natural leader and can inspire and motivate those with whom she works. Her greatest skill at work is to ignite and stoke the energy in a project and keep a good vibe going.

Money comes easy to an Aries woman, and she has an easy come, easy go attitude when it comes to money. She's an impulsive spender who's a "see it, want it, buy it woman," that seldom gives tomorrow a second thought. However, regardless of her laissez-faire attitude about finances she always seems to get by.

Aries women and Aries men have the same fiery temperament, but an Aries man's testosterone makes him more aggressive, dominant and direct. He's a hyper-masculine man who will, without question, be first, the leader, and the boss. It's not that Aries woman doesn't have the same Aries traits, but she's more is subtle and feminine in the way she expresses them.

Astrology Has Many Layers

Astrology has many layers that combine to create the unique you. So, if you're an Aries woman and don't resonate to the typical Aries traits written above, it could be because the Cardinal Fire of Aries is not the dominating energy in her birth chart. What's your real zodiac sign? Take a few minutes, have some fun, and find out the astrological sign that underlies your birth chart, then read all about that sign and see if it's a better fit.