Librans are smooth, polished, diplomatic, intelligent, cool, and objective. They have a way with words and people and are natural leaders who want to initiate change for the betterment of society. The famous Librans below innately believe that in order to balance the Libran scales they must give back, speak their minds and fight for what's right.

Libra's seeks harmony in all things and are drawn to connect with others. Music allows a Libra to express their feelings and speak their minds.

Bruno Mars (October 8, 1985) is an American, songwriter, and record producer who's been granting the wishes of children all over the world since 2012. In 2015 he was awarded the Chris Greicius Celebrity Award by the Make-a-Wish Foundation, and in 2017 he donated $1 million from a sold-out concert in Michigan to aid those impacted by the Flint water crisis.

John Lennon (October 9, 1940) came to fame as one of the Beatles but is probably best remembered for his ideas about peace (Libra). His songs Give Peace a Chance and Imagine have become perennial peace anthems. Lennon's world peace activism was celebrated on his 75th birthday when thousands of people gathered together to form a peace symbol in New York City's Central Park, in effect honoring Lennon's idealistic, peace-loving Libra sun.

Usher (October 14, 1978) is an award-winning singer, songwriter, dancer, and actor. True to the Libran penchant to actively give back, Usher founded New Look Foundation in 1999, when he was only 21 years old. The mission of Usher's foundation is to "transform the lives of underserved youth.

Bruce Springsteen (September 23, 1949) is a musical activist who is always there to give voice to any struggle against injustice and equality through his music and his advocacy.

Libras enjoy being in the spotlight. 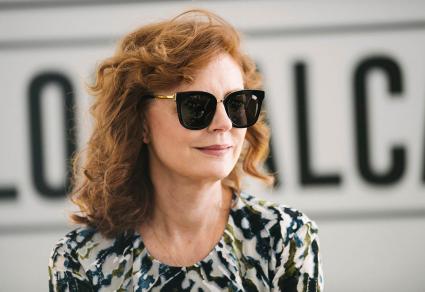 Matt Damon (October 8, 1970), is an award-winning actor and screenwriter who has used his fame to campaign for many humanitarian efforts. He's the founder of H20 Africa, is one of the founders of Not On Our Watch, and actively supports One Campaign, which fights AIDS and poverty in Third World countries.

Libran want everyone to be happy. No Matter how serious the topic or brazen a Libra comedian is they can make their audience laugh.

British actor and comedian Sacha Baron Cohen (October 13, 1971) read History at Christ's College, Cambridge and wrote his Cambridge thesis on Jewish involvement in the U.S. Civil Rights (Libra) movement. His humor is brazen and politically (Libra) incorrect. His characters often parody "gotcha journalism" as they bait the interviewee into saying something controversial.

Dick Gregory ‎(October 12‎, ‎1932) was a nightclub comedian and civil rights activist, who became better known for his political activism than his comedy. At the time of Gregory's death in 2017, Neil deGrasse Tyson Tweeted: "Comedian Dick Gregory always told it like it is. Our laughter was fuel to fight for justice in an unjust world."

Libran journalists will go beyond the superficial to get and share informed opinions.

Ta-Nehisi Coates (September 30, 1975) is an award-winning journalist and educator, who's most well known as a correspondent for The Atlantic. Coates is most recognized for covering cultural, social, and political topics (all Libra) as they relate to African-Americans. He also authored the 2016 run of the popular Marvel comic Black Panther.

Jamal Khashoggi (October 13, 1958) was a Saudi journalist. In 2018, he established a new political party called Democracy for the Arab World Now which positioned him as a threat to Crown Prince Mohammed. After writing articles in The Washington Post critical of the Saudi government and the Crown Prince, he was killed in Istanbul's Saudi consulate on October 2, 2018.

Libras want to make sure both sides are at peace and are therefore the perfect diplomat.

Jimmy Carter (October 1, 1924) was the 39th President of the United States. Carter embodied the essence of Libra's pursuit of truth and honesty and was known for his strong moral compass. However, President Carter's greatest Libran accomplishments happened after he left office when he embarked on a career of diplomacy and advocacy, for which he was awarded the Nobel Prize for Peace in 2002. 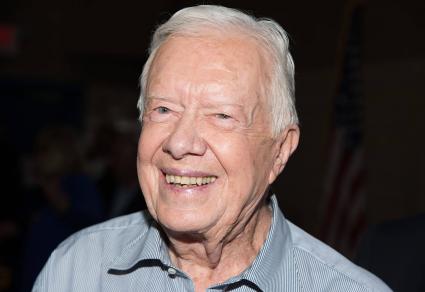 Mahatma Gandhi (October 2, 1869) was a lawyer (Libra) who became a public diplomat and famous for non-violent civil disobedience or passive resistance (Libra). Gandhi's passive resistance led India to independence and inspired movements for civil rights and freedom across the world.

Eleanor Roosevelt (October 11, 1884) was America's First Lady during the Depression and World War II. After the war, she led the first delegation to represent the United States (1945 - 1953) at the newly established United Nations, the world's first peacekeeping establishment. A brief look at all of her accomplishments reveals that Eleanor Roosevelt was the ultimate Libra diplomat and peacemaker.

Librans have a fantastic ability to concentrate and to ponder deep subjects.

Neil deGrasse Tyson is an American astrophysicist, author, and science communicator. Tyson is friendly, intelligent, charismatic and probably the most recognizable scientist in the world. Tyson's stated goal is for people to recognize the value of science and become Science activists.

Alfred Nobel, the founder of the prestigious Nobel Prizes made his fortune by inventing dynamite. Deeply troubled by the destructiveness of his inventions, Nobel became concerned with establishing worldwide peace (Libra.) In the end, he left his estate as an endowment for the annual Nobel Prizes.

Libras are master politicians who, regardless of their political ideology, feel they are working for the greater good of the people. A Libran political leader who would avoid confrontation to maintain the peace around them will simultaneously fight for their countries rights with a zeal that would impress even the most fanatical extremist.

Vladimir Putin (October 7, 1952) who was born with the sun and three other planets in Libra, studied law (Libra) and is a stereotypical Libran intellectual and a strategist whose icy efficiency is always on public display. It's said that Putin's values are entirely situational (Libra) and that his public persona "belies the truth of a far more indecisive character (Libra)." Putin's heavy Libra energy propels him to do whatever it takes for the betterment and defense of Russia.

Benjamin Netanyahu (October 21, 1949), Israel's prime minister, has the sun and three other planets in Libra. Netanyahu was an Israeli commando and Israel's UN ambassador before becoming prime minister. Netanyahu says he wants to be remembered as the "protector of Israel." Like Vladimir Putin, he's an intellectual (Libra) with a public persona that is icy and efficient, and his heavy Libra energy propels him to do whatever it takes for the betterment and defense of Israel. 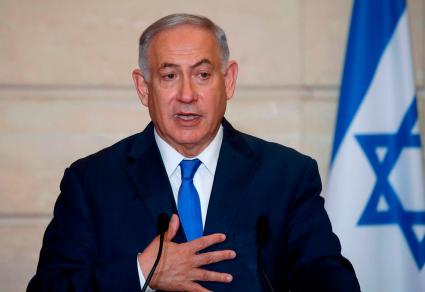 The astrological sign of Libra is the cardinal air sign of the zodiac, meaning those born under the sign of Libra are active, intellectual, non-emotional, and rational. Libra represents the inherent right of the individual, the culture, and the responsibilities of a civil society.

What all these famous Librans have in common:

Despite Libra's association with good-looking and friendly, with impeccable manners and esthetic tastes, within the heart of each Libra is often an activist, humanitarian, peacemaker, and communicator who wants to make their world a better place for all. Paradoxically, a Libran will often disturb the peace in order to create a better world and therefore often find themselves surrounded by conflict

All the famous individuals mentioned above are much more complex than their Libra Sun or their entire birth chart. Culture, family, and upbringing all have a say in how an individual will express the energy revealed in their birth chart. However, as you can see, Libras believe they live in a world that is much greater than the self and are social activists in one way or another.