Taurus signs are known to move on quickly when they decide to breakup. If Taurus is dumped by a lover, they might not be moving on but instead trying to reconcile.

Taurus Signs Move on Quickly After a Breakup

If Taurus ends a relationship, you can count on the bull having struggled with the decision. Taurus is an earth sign that doesn't make hasty decisions. In fact, the bull is often called a slow doer or mover. Taurus weighs all aspects in their decision-making process.

Taurus Only Breaks Up With You As a Last Resort

Taurus signs aren't just cautious, they're deliberate and don't like change. They want stability in their lives, and this is especially true when it comes to love. When Taurus signs believe they have established a stable relationship, the last thing they desire is to end it.

Internal Battle Over Breaking Up

Taurus keeps those deep emotions under control, but they break out during emotionally charged situations. Dismantling what Taurus believes to be a secure and stable relationship is a tumultuous process for the bull. In fact, Taurus has in all probability avoided and delayed breaking up for a long time. 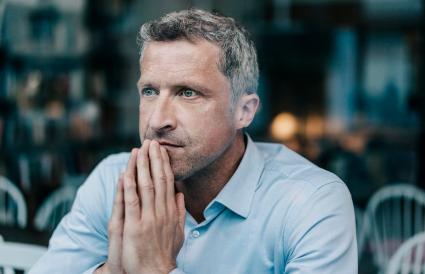 It's Over When Taurus Breaks Up With You

When Taurus initiates the breakup, you can rest assured, it is over, and Taurus is moving on without you. Once Taurus makes a decision, it is extremely rare they reverse it. If you failed to live up to your commitment to Taurus, especially in cases of infidelity, then you are out of the bull's life. There is no coming back from being disloyal - ever.

How Long Does It Take a Taurus to Get Over Someone?

Once Taurus has ended your relationship, they are over you. They've had probably months to work through their anguish and pain over you and even missed you while still being with you as they arrived at their decision to break up.

Taurus Doesn't Skip a Beat in Search for New Lover

Taurus needs a mate and doesn't enjoy being alone. Once Taurus announces it's over, they consider themselves free to move on. They immediately begin the search for another mate. That doesn't mean it will be a swift process, since the bull has much to investigate and consider once a potential mate is selected. Taurus will be methodical and take their time, but they are definitely back in the dating game!

How Taurus Reacts When You End the Relationship

When you end a relationship with Taurus, it takes the bull a while to move on. On this side of the breakup, Taurus will first be confused and dumbfounded. For Taurus, ending your relationship is an extreme reaction to difficulties.

Taurus has a tendency to be self-absorbed and this often finds the bull out-of-touch with what I truly going on in your relationship. You could be happy for years and Taurus wouldn't be aware of it, unless you voiced your concerns. Even then, the bull might shrug off your laments and keep going as though nothing has happened.

In these instances, Taurus chooses to deny reality and simply hopes you'll work out your issues. The bull likes things the way they are since it provides a feeling, however false, of stability and security. Anything that threatens that feeling of being protected and at home is ignored for as long as possible.

Taurus is stubborn and determined to keep your relationship going. As long as you haven't betrayed them, Taurus will hold out hope that you can patch things up and be together again. You may end up with an ongoing attempt to make you reconsider. 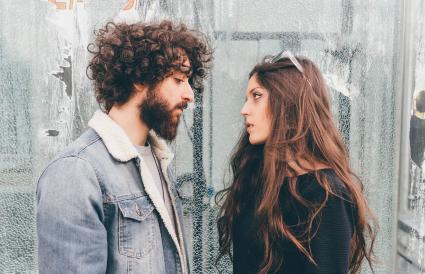 Taurus Will Reach Out

Taurus will ask you out on dates, just to talk things over. If you're serious about ending your relationship, then refusing these invitations will eventually get your point across.

Taurus Moves On Once Convinced Relationship Over

Taurus is reluctant to let go of what they perceive as a stable home or life. Once Taurus finally accepts that your relationship is over, the bull will move on.

Taurus Signs Move on Quickly When They Make the Break

It's easy for Taurus signs to move on quickly when they're the ones ending the relationship. They've had time to adjust to breaking off their emotional ties and by the time they tell you, they're already out the door.