When astrologers are considering what being married to a particular person will be like, they look at much more than the Sun sign. Still, the Sun shines its light on every aspect of the chart and with a Capricorn Sun, the individual is a realist and a traditionalist who's into commitment. Most plan to get married and raise a family, and every Capricorn marriage partner will, to one extent or another, display the characteristics below in marriage.

Regardless of gender or sexual orientation, if you're thinking about marrying a Capricorn, you should know marriage to them requires a serious commitment. It's not something they'll rush into or a step they take lightly.

Capricorns are cautious when it comes to getting married and often wait until they've had some career success and have a decent amount of money in their bank account before even considering making such a serious commitment.

However, when they do commit, they are loyal, patient, prudent, determined, reliable, disciplined, conscientious, and dutiful, but (isn't there always a "but"?) they need to be in control, and they don't handle conflict well. Rather than fight, they'll just have the last word, leave it at that, and walk away.

In times past, a Capricorn woman was likely to project her need for worldly accomplishment and prestige onto the man she married and would choose to marry a man whose career was well-established...a man who was financially successful and held in high regard. These Capricorn women were often the quiet force behind their husband's continued success. Of course, all that had changed by the end of the 20th Century.

In the 21st Century, a Capricorn woman can be just as accomplished and financially successful as a man. So, like a Capricorn man, she looks for a partner whose career success, work ethic, and bank account match her own.

Hard work, accomplishment, and success is the name of the game for Capricorn, even when choosing a mate. 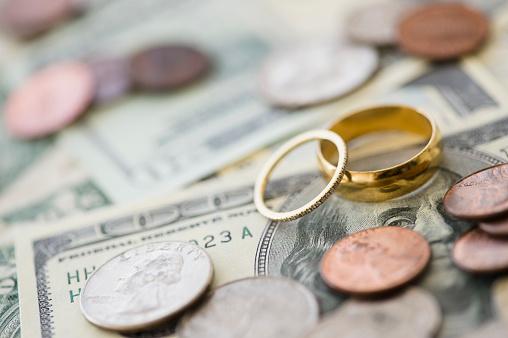 A Capricorn spouse, male or female, can be frugal. Money equals security and survival to them. Additionally, they have a keen awareness of time, worry about the future, want to save for a rainy day and for their retirement years. Marriage to Capricorn means living within your means and saving for the future.

It's not that they are greedy or excessively materialistic, and they are generous with their time. Capricorns just want to make sure their money is well spent.

If you're a diehard romantic, you're probably also dreaming of a costly fairytale wedding and honeymoon. So, you should also know that spending crazy amounts of money on a wedding and honeymoon can make a Capricorn cringe. They would rather the money be used for a down payment on a home or saved to provide security for the family they plan to have.

Should these thrifty individuals marry a spendthrift, you can bet money will be an ongoing problem in the marriage.

Even as a child, Capricorns are ambitious, independent, resourceful, and can take care of themselves. Therefore, most have worked and earned their own money from a young age. Some did so because they had to, others because they could and wanted to.

Capricorns work long and hard, are often financially successful and good providers, and want to be respected at work and at home. Due to their innate work ethic, they seldom allow themselves to get sick and no matter what's happening in their personal life, they put a smile on their face and go to work.

For a Capricorn, work can be the cure-all for everything, even problems in a marriage.

Capricorns of all genders and gender preferences are masters of walking the line between displaying affection and acting like they seemingly don't care.

No matter how confident and together they appear on the outside, Capricorns, especially as young adults, are rather insecure on the inside, and most have an inner feeling of lack and unworthiness. They're also quiet and reserved, so it's difficult for them to express what they're feeling.

However, they do say "I love you" in small practical ways and are always warm, caring, and attentive to their partner's needs.

For them, being romantic is about thoughtful, sentimental gestures that communicate to their spouse they care, understand, love, and are thinking about them.

If you're a hopeless romantic who gets all mushy inside at the thought your marriage being a forever fairytale love affair with elegant candlelight dinners, expensive gifts, and surprise romantic get-a-ways, marrying a Capricorn is probably not the best decision for you.

What a Capricorn spouse lacks in the area of romance they make up for in the bedroom. They are earthy, sensual, physical beings who enjoy an active sex life and are usually extremely good in bed. They enjoy pleasuring their partners, and they will engage in kink. Underneath their serious, traditional façade, Capricorns have a wild streak when it comes to sex.

Capricorns tend to let go in the bedroom and:

However, after making love, a Capricorn is usually ready to get up and do something else, but they will cuddle and bask in the afterglow if that's what's needed to satisfy their partner. 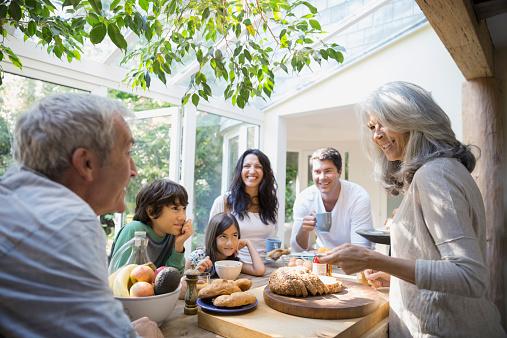 Capricorns expect their marriage to go the distance, are huge on family, and have everything it takes for a traditional Mom, Pop, and the kids marriage to succeed. They are often the "rock" that everyone else in the family leans on and work hard to make sure all the family's needs are met.

As parents, they may have to learn to lighten up and be more affectionate with their kids, but they will teach their children the value of money and perseverance, and also about the importance of keeping their promises.

Whether a Capricorn parent is mom or dad, they will always be seen by their children as the authority figure in their children's lives.

Till Death Do They Part

A Capricorn takes the marriage vows to heart. As long as they are shown they are loved and respected by a spouse who is supportive, appreciative, and trusting, they are the most stable and faithful of mates.

Indifference on the part of their marriage partner may be the one thing that will lead them to stray.

However, a Capricorn is private and doesn't want to feel exposed or embarrassed or look bad in the public eye, and it's essential for them to be respected and to be seen as a pillar of fidelity. So, most will remain faithful and expect the same from their spouse. They would consider infidelity on the part of a mate the ultimate embarrassment and disrespect, and they are not likely to forget or forgive.

Advice for the Spouse of a Capricorn

Anyone who has ever known a Capricorn well can confirm that they are one the most reliable and patient individuals and have the longest 'fuse' of all the signs of the zodiac signs. Capricorn is an earth sign, so they are easy going for the most part, but they do have some specific requirements for marital bliss.

It may be a tall order, but if a Capricorn's mate is all of this and can also add a dash of unpredictability to keep things exciting, you have a winning partnership that will go the distance.

The Best Is Saved for Last 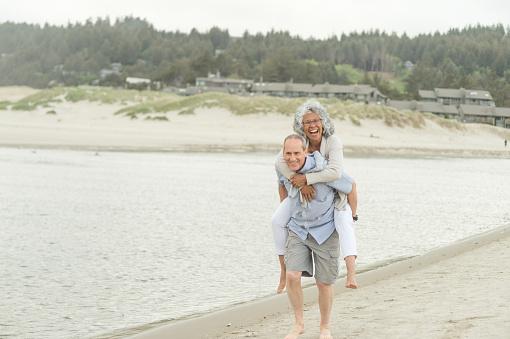 Capricorns get the hard parts of life over with while young. As they age, life gets easier. By the time they're elders, they can let go and delight in life's pleasures.

Capricorn is ruled by Saturn (Father time). Saturn returns to the spot it was when you were born every 28-30 years. Each Saturn return is a time-release mechanism that frees a Capricorn from the hardness of life.

Capricorns are sensitive but don't show it. They are loving mates but have difficulty showing affection. They are reserved but have a wry sense of humor. They are cool-headed and are great crisis managers. They are committed to their families and faithful to their marriage partner. They are born old and seemingly grow younger as they age, so if their marriage partner is supportive, loving, and respectful, and it hangs in through all the hard times and hard work the marriage only gets better and better. When retirement time comes, a Capricorn's spouse will be rewarded with some serious romantic fun and adventures.