Most Compatible With: Pisces and Capricorn

Cancer traits run deep with this water element sign. Compounding Cancer's emotional nature is the crab's psychic and empathic abilities. These powerful attributes often make it difficult to distinguish which emotions belong to Cancer. With training and discipline, Cancer can channel these abilities through deep emotions and develop them as a true beneficial skill.

What Is the Personality of a Cancer?

The Cancer personality is a compilation of need for security and desire to make a loving home. These two driving forces are compounded by the emotional nature of the crab, always scurrying away from conflict, and running towards the protection of unconditional love. Additional Cancer personality traits include the following:

Cancer's emotional nature often creates obstacles that don't exist. However, in Cancer's mind, the problem is real since the crab has internalized everything until it mushroomed into a major issue. This is the most problematic Cancer characteristic that can be curbed through disciplines such as martial arts, yoga, and meditation. Any of these practices can defuse some of these overpowering emotional energies.

The most recognizable Cancer symbol is the crab, although other hard-shelled animals have historically been used that can survive on land and in the water. Surprisingly, this symbol is very similar to the yin yang symbol for balance. 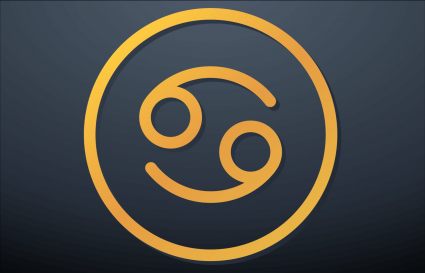 What Does the 69 Mean for Cancer?

The Cancer symbol looks like a sideways 69, but it isn't really. It's merely a depiction of the crab, and 69 doesn't hold any numerological significance.

When it comes to love, Cancer compatibility often depends on the sun sign elements. While another water element like Pisces can be a good match, an earth element like Capricorn can offer Cancer the stability and form this water element craves.

Who Should a Cancer Marry?

Cancer is most compatible with Earth elements because of their stabilizing influence on emotional Cancer. While Cancer can find marital success with any sign, the most compatible for long-term relationships include earthy Capricorn, Taurus, and Virgo, although water sign Scorpio can also be a successful pairing for Cancer.

Do Cancers Fall in Love Easily?

Cancers tend to fall in love quickly and deeply. When Cancer falls in love, the world is all rosy. This is just one of the many moods Cancer exhibits when falling in love. Cancer whistles or sings a lot when in love. The blush of romance leaves this water sign swimming in a world of contentment and peace. Cancer feels safe and secure when loved.

A Cancer man is highly emotional and most likely struggles to hide his feelings as a defense against appearing vulnerable or less masculine. This defense mechanism often make a Cancer man appear hard shelled, indifferent, or even unfeeling. The right mate can help a Cancer man accept his feelings and learn to cope with being overly sensitive.

He is understanding, kind, dependable, and nurturing. He seeks a lover who is the same, but more. He desires to share his life and build a home with the right mate. He wants a mate who has excellent social skills, enjoys entertaining as much as staying home for the night and cozying up on the couch to watch a movie and eat pizza.

A Cancer man is all about family. He wants a partner interested in creating a beautiful home to live in and raise a family. For the Cancer sign, family always comes first. He wants a partner who desires to have a big family and spend every spare moment playing games, going on fun outings, and making the family bonds stronger.

A Cancer woman is tough on the outside, but super soft on the inside. She often overreacts to situations since she operates from a place of emotions. Sometimes those emotions are raw since she doesn't have a sensitivity filter. She seeks a mate in touch with their emotions and who understands why she cries every time she watches a commercial about a homecoming or celebrating a family event.

A cancer woman is very maternal and mothers everyone in her purview. She loves her home and takes great pride and care in transforming a house into her home that is cozy and inviting. She wants a mate who feels the same way about creating a home and enjoys hosting parties, dinners, and family get-togethers.

The Cancer constellation is very dim in the evening sky except for its Beehive cluster, Praesepe. The Cancer constellation gets its crab symbol from ancient Greek mythology. According to the tale of Hercules and the 12 labors, a giant crab latched onto Hercules's heel. Hercules clubbed the crab to death, and Juno sent the dead crab into the stars. 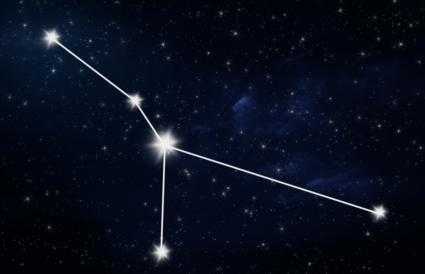 Cancer moves through life from an emotional place instead of a logical/mental one. You can gain a deeper insight to the Cancer personality once you understand what motivates the crab.