A Pisces man reveals he's in love with you with certain signs you may recognize. A Pisces man doesn't move quickly when it comes to affairs of the heart. He will take his time to ensure you are trustworthy and will take care of his love.

1. He Is Sensitive to Your Needs

One of the first signs a Pisces man is in love with you is his attention to your every need. He is a sensitive sign and has a sixth sense when it comes to you. He will anticipate what you need and before you can think of it, he'll arrive with a bag of your favorite cookies. He enjoys taking care of your needs since it is part of how he nurtures those he loves.

2. He Feels a Deep Spiritual Connection with You

The ultimate love connection for Pisces means you also relate to each other on a spiritual level. When the Pisces man start talking about how he feels you're on the same page with spiritual ideals, sit up and take notice. He's trying to convey to you that he's falling in love.

3. He Invites You to Participate in Art

Pisces is a highly creative sign. One aspect of a Pisces man that won't be immediately revealed to a new love interest is his artistic ability. This can be painting, drawing, sculpting, photography, or other forms of art. Chances are, he is multi-talented in several art fields.

Lets You Glimpse His Creative World

When Pisces asks you to participate in one of these activities, either making art or attending an art show, he is letting you get a glimpse of his inner world. Pisces doesn't allow just anyone into this arena where he is expressing his innermost feelings. He only opens up this way to someone he is in love with-you!

4. He Enjoys Having Long Discussions With You

You know a Pisces man loves you when he engages in long discussions with you. These are discussions on all kinds of topics, especially esoteric ones. He'll share things about himself you never realized. With each new layer of his immensely complex personality, you'll find him trusting you more and more. When he comments how much he enjoys these discussions and the connection you share, pay close attention. He is expressing feelings of love. 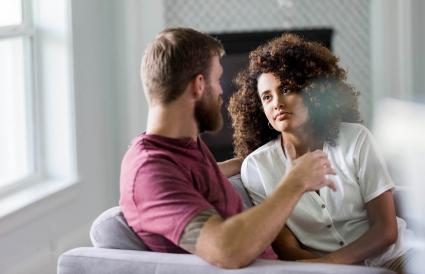 5. He Makes a Playlist Just for You

A Pisces man has a romantic and dreamy nature that is highly sensitive to the world around him. Music is often a big part of that stage and when he's in love, he wants to share the music that is special to him. Don't be surprised when he states, "That song reminds me of you!" Be flattered because he would never say that to you unless he was in love with you!

6. He Makes You a Home-Cooked Dinner

Pisces doesn't allow just anyone into their private cove. Their home is their haven and a place where they retreat from the noise of the world. It is sacred to them. If a Pisces man invites you to his home for a home cooked meal, you've received the double dose of hints he is in love with you. The first is the obvious stepping into his private domain and the second is him cooking food that will nourish you. His meals are cook from a place of love since he recognizes how important food is to your health.

7. He Supports Your Decisions

A Pisces man in love supports anything you do. He may not agree with it, but he won't voice a negative opinion, unless you ask what he thinks. When committed to you, a Pisces man encourages you to pursue whatever interests you without any judgment on his part. He believes in you and will trust you know what you are doing and what is best for you.

8. He Invites You to Family Outings

Pisces is very protective of the people he loves. If he invites you to a family outing, then he is committed to you. He would never introduce someone he wasn't serious about to his family. It would be too risky for him and make him vulnerable. He doesn't like feeling exposed, especially when it is tied to his emotions. He has very strong family ties and will be anxious that you like his family. He doesn't worry about them liking you since he knows whoever he loves, his family will love them in return. 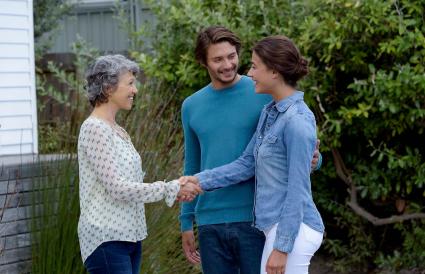 A Pisces man enjoys giving to those he loves. When he's in love, he derives great satisfaction in making you happy. He loves to see you smile, especially when he's the reason. He will surprise you with a special gift with something you may have offhandedly mentioned you liked. He was paying attention; the same way he pays attention to everything you say and do.

Romantic Gestures of a Pisces Man in Love

He may surprise you with a getaway romantic weekend or bring you lunch at work when he knows you're too busy to take a break. He will do a thousand thoughtful things for you without hesitating.

9 Signs You Can Expect When a Pisces Man Loves You

The Pisces man loves very deeply and is a faithful lover. Look for the telltale signs that he is in love with you and enjoy the romantic beauty he brings into your life.

0
Comments
© 2006-2020 LoveToKnow, Corp., except where otherwise noted. All Rights Reserved.
Resources, Advice & Tips for Covid-19
Read More
9 Signs a Pisces Man is in Love With You