A Libra man is a lady's man: he's charming, approachable, and always flirty in his own sweet and adorable way. When he finds someone he thinks is special, he'll do whatever it takes to initiate a conversation. Then, he'll treat them extra special. If a Libra man is doing the seven things below, you can bet that he wants you for more than just for a friend.

A Libra man will go out of his way to pursue you and be very, very pleasantly persistent. It's a big sign a Libra man likes you if he initially played it cool, flirty and playful, but then suddenly becomes more protective, talkative about his personal life, and interested to learn all about you.

2. Won't Flirt With Anyone Else

An ordinarily flirty Libra man will stop flirting with anyone else but you. He'll almost ignore every person he's friends with, dedicate himself to you, think about you, show you off, and make you feel like you're the most adored and special person in the world. 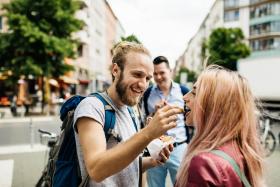 A Libra man will always be sharing something with you. It might be a potato chip, a sip of his drink, something personal he's written, or even his last slice of pizza. He'll also want to share his daily activities and take you with him wherever he goes. The more a Libra man wants to share with you, the more special he thinks you are.

4. Does the Little Things

Like an old-fashioned romantic, a Libra man will make small gentlemanly gestures, like getting your coat, holding the door for you, calling a cab, and checking to see you made it home safely, as well as a lot of other nice little things.

A Libra man usually wants others to listen to, appreciate and compliment him. When he's with someone special, on the other hand, he will always listen to you, give you compliments, and shows his appreciation for all your special little traits. He'll behave as if you're the most perfect woman who has ever lived.

A Libra man won't normally do things he doesn't have to do. However, for someone special, he'll turn into something a little different. He'll run to the grocery store and pick up the list of things you only gave them a few minutes before. He'll offer to stop by the laundromat and pick up your clothes or any other little errand you might want him to do. A Libra man is all about making you happy, and he'll go the extra mile to make your life easier.

7. Wears His Heart on His Sleeve 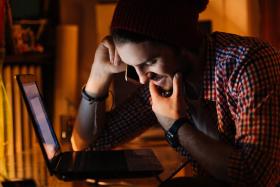 A Libra man in love will wear his heart on his sleeve and become vulnerable. He can be mushy. He'll call or text you at all hours of the night, sometimes for nothing, sometimes for comfort, and sometimes only to hear your voice.

A Libra man is all about love, harmony, and reciprocation, and having a significant other in his life. So, he'll be extremely disappointed if he's ignored and his feelings aren't reciprocated. As a result, he can become sulky, angry and even a bit obsessive.

You Won't Have to Wonder

A Libra man is generally straightforward about his feelings and intentions, so you'll seldom have to wonder if he finds you special. However, there are 12 signs, 12 houses, and all the other planets to consider. You can't just focus on his Libra sun; you need a chart reading to see what's what and what's where. Put briefly, if a Libra man really likes you and thinks you're special, he's romantic, affectionate, and fun, and you can't get rid of him.