Astrology is, among other things, a form of divination. It offers a system of understanding the karmic imprint a soul has when it enters a human body and the opportunities that may arise throughout one's life. This includes personality traits and propensities as well as potential significant events that may occur. These traits and opportunities are determined by performing calculations based on planetary configurations and celestial events, both at the moment of birth and throughout one's life.

At its most basic, a religion is "a set of beliefs about God or the supernatural." And by that definition, astrology might appear to fit in. However, while some religions involve divination, that isn't an essential aspect of religion. Likewise, religious scholars include the following characteristics in the classification of a religion: 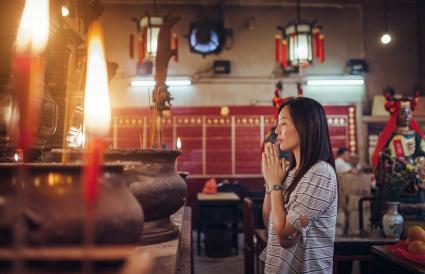 Astrology Is Not a Religion

Astrology does have some things in common with religions, such as seeking to understand the greater nature of the universe. However, there are also big differences between the two:

So if astrology isn't a religion, what is it and where did it come from? Astrology studies how celestial arrangements affect earthly events. It began during the 2nd millennium BCE in ancient Babylon, where astrologers created charts that allowed them to predict celestial events and seasons. In around the 4th Century BCE, the Greeks discovered Babylonian astrology and treated it as a science that allowed them to predict weather, natural disasters, and other events of importance in day-to-day life. Since then, astrology has spread throughout the world and evolved, but it still involves the ancient art of using calculations based on the arrangements of celestial bodies as a form of divination and a way to better understand one's qualities, traits, and tendencies.

Unlike religion, beliefs in astrology don't center on deities or theology. Instead, the belief shared by astrologers and astrology enthusiasts is that the arrangement of celestial bodies (planets and stars) can affect various aspects of human and earthly life including:

Astrologers further believe that while celestial bodies have an influence on these things, that influence isn't absolute or predestined. Instead, the individual has the ability to overcome or change potential outcomes and traits based on personal choices. 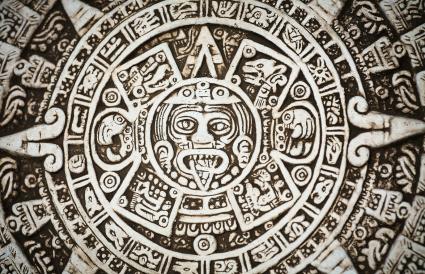 While astrology itself isn't a religion, that doesn't mean it isn't part of certain religious traditions. Many religions decry astrology as being out of alignment with their faith, but others incorporate astrology into their belief structures. In ancient times, astrology often served as the foundation of religious beliefs, and you'll find ancient religions that used astrology such as Zoroastrianism and the religion of Mayans. In truth, astrology can work in conjunction with any set of religious or spiritual beliefs or in their absence, since it's a predictive science based on the position of constellations and other celestial bodies that are always present in the heavens.

Comments
© 2006-2021 LoveToKnow, Corp., except where otherwise noted. All Rights Reserved.
Is Astrology a Religion? Origins and Beliefs