Every morning, millions turn on their televisions for the weather forecast. Once they hear the forecast, they decide what clothes to wear and if they should carry an umbrella. However, from time to time, weather forecasts are conspicuously off the mark. Astrological prediction, like predicting the weather, is a mixture of art and science that is not always foolproof. Still, being forewarned is forearmed.

Unlike modern western astrology, traditional astrology is not psychological or humanistic, its focus is on predicting outer events. Traditional or Classical astrology had a significant revival in the latter years of the 20th Century. By using many rediscovered ancient techniques, traditional astrologers can generally provide precise and accurate predictions.

Horary is an ancient technique that answers serious questions. The astrologer calculates a chart for the exact time and place where the person formulates his question. The interpretation is made according to a specific set of rules. It's one of the original branches of predictive astrology and seems to have proved its efficiency. Horary astrology can answer questions about things like: 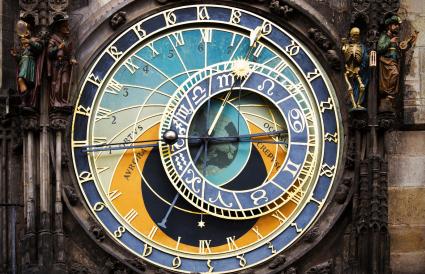 Mundane astrology is the observation of heavenly cycles upon groups and nations. Although not personally predictive, Mundane astrology is beneficial in predicting national and worldly events. The affairs of a country are judged from a horoscope set up at the time of the nation's official beginning. Mundane astrologers use a variety of traditional techniques to predict national, world, and weather events.

A Traditional astrologer believes your natal chart predicts certain things, i.e. success in career, how many kids you'll have, and even if a man or woman is fertile. They also make predictions with the Firdaria, a medieval time lord system that says certain planets and places manage your life for various amounts of time. Other techniques used by traditional astrologers includes triplicity periods, primary directions, and profections.

Modern western astrologers see gifts and challenges in a natal chart, but will seldom predict exactly how they will manifest in a life. They do forecasting with the use of techniques such as secondary progressions, solar arcs, and transits. Modern Western astrologers believe at its best astrological prediction reveals probabilities, possibilities, potentials, and warnings. However, in the 21st Century, there's a trend to combine traditional and modern prediction techniques.

Can Astrology Predict the Future?

Astrological prediction can't ignore the power of the human will. Many facets of life are fated, including the date, time, location, and circumstances of your birth (parents, culture, economic status, health, etc.). Traditional astrology assumes predestined fate, but allows room for decisions and choice. Astrologers can predict circumstances likely to occur in the future, but they can't predict the end result. Why? Because what results also depends on the decisions and choices a person makes and on what others who might be involved do, as well as on other environmental factors.