Astrology is a complex language made up of planets, signs, houses, and aspects. With these various components, natal astrology can tell an untold number of stories about a countless number of people. Predictive astrology is no different. With knowledge of your birth chart, an astrologer uses progressions and transits to pinpoint the timing of the significant chapters of your life.

In predictive astrology, the natal chart, secondary progressions, and transits work together to create accurate forecasting. Astrologers use the Sun, Moon, and inner planets connecting with natal planets when delineating secondary progressions; they use the transiting connections made by the planets Jupiter, Saturn, Uranus, Neptune, and Pluto in the sky when delineating significant changes in an individual's outer world life. An understanding of an individual's natal chart is necessary because both transits and progressions are always delineated related to the natal chart and the life of an individual.

The progressed Sun, Moon, Mercury, Venus, and Mars moving into aspect to a natal planet is very important because they describe inner changes. However, any contact between the transiting Sun, Moon, and inner planets with the planets in a birth chart is fleeting and only speak of the day-to-day moods and activities of life. One exception is the retrograde cycles of Mercury, Venus, and Mars. When they turn retrograde (Rx) they travel across the same area of a chart three times, which make their retrograde (Rx) cycles important. 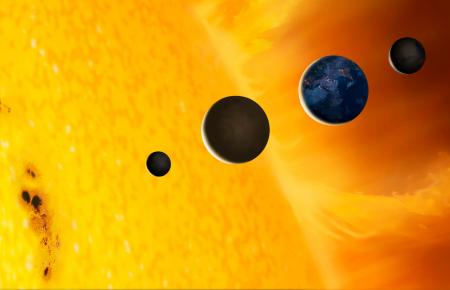 Jupiter and Saturn are the social planets. Their transits relate to changes in your social status. 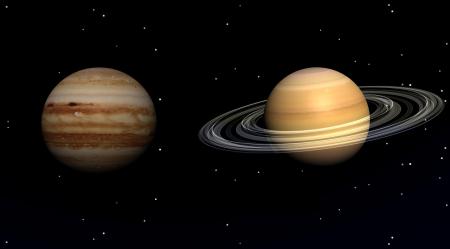 A Jupiter transits your entire chart and connects with everything during its 12-year cycle. It transits the planets and points in a natal chart last several months and presents opportunities in the areas of life that involve the aspected planet. Jupiter transits can foretell a time of growth, learning, and changes in your world view. Its transits urge you to expand your life. The outward effect can be study, travel, or even weight gain, etc. Although usually considered benefic, challenging aspects can lead to misjudgments, exaggerated behavior, and just plain bad luck.

Saturn transits around a birth chart about every 29 years, and when it forms an aspect to a natal planet, it suggests a time when the individual must "get real" with themselves. Saturn transits are usually considered times of hard work. When transiting Saturn is working in your birth chart you might feel limited, restricted, and sometimes depressed. However, these same contacts can bring welcome increases in responsibility (job promotion) and stability into a person's life.

When Uranus, Neptune, and Pluto form an aspect with an inner planet in your birth chart, they bring significant and often difficult to accept changes to the way you've been living your life. 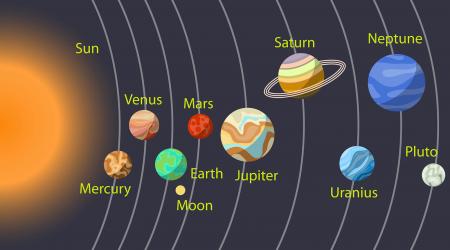 Uranus takes 84 years to travel once around a natal chart. Transiting Uranus speeds up life and urges you to take risks and make changes. When Uranus forms a relationship with a planet in a natal chart, there can be a dramatic turn of circumstances and life can become a bit helter-skelter. But transiting Uranus can also foretell a period of inspiration, originality, as well as unconventional and rebellious behavior.

Neptune takes about 165 years to circle the entire zodiac. The first sign of a Neptune transit is a sense of loss, despair, hopelessness, and confusion. A Neptune transit slowly erodes what was and as it does, you can become confused disoriented, and vulnerable to deception. You could feel drawn into drugs or alcohol as a way to escape your problems. Neptune's action is usually subtle and happens over time. Neptune transits last 2-3 years. During that time, it slowly washes away what needs to leave your life

Pluto takes about 248 years to travel around to zodiac. Its transits, which can last for several years, are emotional and deeply psychological. A Pluto transit often foretells grief, lust, paranoia, loss, emotional distress, obsessions, violence, and a generally dark time in life. Emotions and feeling are the essences of Pluto contacts. Pluto, for better or worse, brings emotionally churning events into your life that change you forever.

Aspects are the avenues through which planets and points communicate and connect with each other. Some connections are easy others are difficult. Compared to the natal aspects, transiting aspects are more urgent.

When a transiting planet conjoins a natal planet or point, it implies that a part of the natal chart experiences a different type of energy and reclassifies itself to line up with the new energy. For example, when transiting Saturn conjoins your natal Sun, it can give you more authority and make you willing to handle responsibilities you usually wouldn't consider.

A transiting Sextile brings opportunities. You can create your own or the universe can drop them at your feet. In the Sun/Saturn example, a sextile would indicate that the doors that are opening are allowing for an increase of responsibilities that could lead to positive results.

A transiting square forces you into a new type of action, that's often born out of frustration. When transiting Saturn squares the natal Sun, it pushes you into corners that can't be avoided. It's as though the aspect forces you into responsibilities you'd rather avoid.

The transiting opposition can indicate that someone or something is causing you to make a decision. The essence of an opposition is blame or learning from another's actions. Using Saturn/Sun example again, with transiting Saturn opposing your Sun, someone or something is restricting you, challenging your authority, testing your commitments, or thrusting new responsibilities on your shoulders.

Diana, the much loved Princess of Wales, was experiencing transiting Pluto square Moon from 1992 to 1994. If an individual has transiting Pluto square their Moon on the horizon, you know they are going to encounter an event that digs up buried (Pluto) emotions (Moon), forces them to act in a new manner (square) and changes them forever. Below is Diana's chart, along with transits at the time the prince and princess officially separated, 12/09/1992. The transits are in green around the outside of her birth chart. 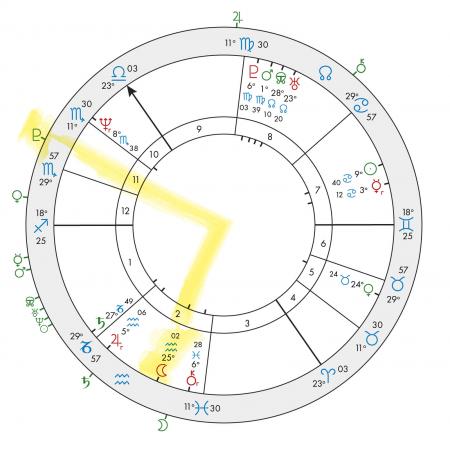 In 1992, transiting Pluto (♇) began forming a square to Princess Diana's natal Moon (☽) that continued through 1994. During this time, Diana's official separation from Prince Charles was announced and transcripts of intimate phone calls between Charles and Camilla were widely released. This was a devastating period for Diana, however, it wasn't until August 1996 that the prince and princess reached a final agreement.

The Sun and Moon are never retrograde (Rx) but all the other transiting planets have Rx cycles. During a planets Rx cycle, an astrologer will consider the house or houses in which the planet's Rx cycle is happening. If a transiting planet turns Rx while connecting with a planet or point in your birth chart, the Rx is most important. A transiting planet can pass over a planet or point in your birth chart, then turn Rx and pass over it again, and then pass over it again when it returns to direct motion. This can bring a prolonged period of change into a person's life.

A planetary return is when a transiting planet returns to the exact position it was in when you were born. This marks the beginning of a new cycle for everything the planet represents in your natal chart. The most important returns are those of Jupiter, Saturn, and, if you live long enough, Uranus. Jupiter returns occur every 12 years. Saturn returns occur about every 30 years. The Uranus return happens at age 84.

When a planet transits an astrological house, it brings its energy into that area of life for a certain length of time. When a planet first enters a house, it can feel as if an uninvited guest arrived at your house for a prolonged stay. However, over time, it becomes familiar.

The Houses in Forecasting

In forecasting, the houses are the arenas where events happen. When a planet transiting a house makes a connection to the natal chart, it sparks an event, and that event reverberates in other areas of life. When forecasting events the areas of life with which the event is involved become a significant part of the prediction. This is why the houses are so important to accurate forecasting. However, this a way beyond basic astrology and is best undertaken by an experienced and knowledgeable counseling astrologer.

Find Out More About Transits

Astrology is a wonderful tool for understanding yourself and others, but it's also a great tool for understanding the times of your life. So, if this short article has piqued your interest, there are many amazing books that can teach you all about transits and forecasting. Two of the best to start with are The Changing Sky by Steven Forrest and if you're a bit more advanced, The Eagle and the Lark by Bernadette Brady.

What Are Astrological Transits?