The monthly Solar/Lunar cycle has been observed since the dawn of human existence. Along with the cycles of day and night, and the changing seasons, it provided a repetitive pattern which gave the ancients a sense of predictability in a chaotic world. Using the Secondary Progressed Sun and Moon, you can define the predictable patterns which underlie the changing circumstances of your life.

The monthly Lunar phases are based on the ever-changing relationship of the Sun, Earth, and Moon in the sky. There are eight lunar phases each month. To the naked eye, each last three plus days. The Moon in the sky takes 28+ days to complete her phases and begin again. These simple astronomical observations provide the rationale for interpreting the phases of the monthly lunar cycle.

Your progressed lunation cycle is a dynamic relationship between your SP Sun (creative potential) and SP Moon (unconscious receptivity). Using the "day for a year" formula, it takes the SP Moon 28+ years to circle your entire birth chart, and in that time, she makes eight dynamic connections with your much slower moving SP Sun.

Things to keep in mind:

You can calculate your SP Solar/Lunar Phases at Lunarium. 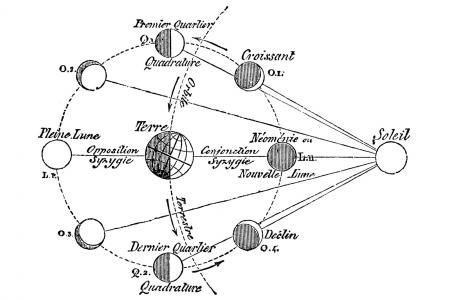 The eight Progressed Lunar Phases can provide individualized guidance through life's changes and challenges; the sharp turns, steep climbs, and occasional plateaus, as well as the beginnings, culminations, and endings that everyone experiences during their life.

Each New moon phase is a pivotal point in life. This is when the seed that will root, grow, blossom and die back over the coming 28+ years is planted. During this phase, you'll sense something important is about to happen, but you have no definite expectation of what's to come. Depending on the individual, you can feel vulnerable, confused, or excited. Whatever occurs outwardly begins on a subjective level. New and far-reaching intentions are set in motion. You may move, marry, divorce, have a child, or start a new job, but whatever it is, it's an important new beginning that sets your course for the next 28 + years.

What was begun at the New Moon will be tested during the Crescent Moon. You're taken out of your comfort zone by an inner urge to push forward and expand. Change with can be frightening, but this is the time to be courageous, have faith in yourself, make a commitment to the future, get a clearer idea of where you're going, and put firmer foundations in place.

The First Quarter symbolizes one of the more stressful phases of the cycle. You have reached a significant turning point that calls for will and intention. It's time to take independent action to ensure continued growth. This phase tests your level of commitment. Returning to the seed analogy of the New Moon this is the time when the seed needs to put down deep roots.

With the Gibbous phase, you're coming to the close of the first half of the cycle, and promise is in the air. You learn to adapt to existing realities or limitations in pursuit of the direction to which you committed at the First Quarter. It's also a time when a sense of discomfort causes you to become introspective, analyze and sort out your priorities. During the Gibbous phase paying attention to details and perseverance are essential. 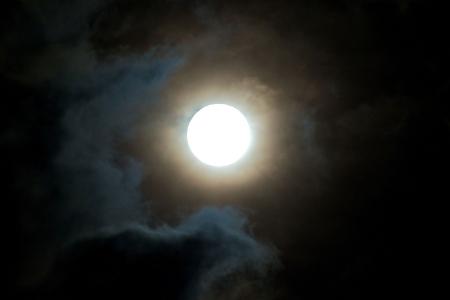 During the Full Moon Phase, the seed that was planted at the New Moon, flowers. It's a time of recognition. You're objective and have a detached acceptance of where your life's choices have brought you. The Full and New Moons are the most significant turning points in the SP Solar/Lunar Cycle. At the Full Moon the waxing half of the cycle ends, and the waning half, that's associated with "reaping what you've sown," begins.

At the Disseminating Phase, you sense that something is beginning to shift, you've changed and grown and want to share what you've learned with others. You put your skills to work, build networks of friends, and demonstrate what you know. This is when you interact with others, ask questions, and share ideas, insights, and knowledge.

During this phase, there's a crisis in consciousness. You'll search for meaning and make decisions. The SP Last Quarter phase raises urgent questions about who you are, what you want, and how you see your destiny. For some individuals, there's a growing sense of emptiness and meaninglessness, for others the SP Last Quarter Moon is more about the future than about the past.

The Balsamic Phase is a time for rest and retreat. Whether that means waiting, reflecting on the past, actively pursuing options that had been put aside earlier, receiving a reward for long-held dreams that have been fulfilled, or coming into your own, depends on the individual. These three plus years are for withdrawal from striving in the outer world and letting things come to an end.

The Balsamic is the last phase of the Lunar cycle but it's not just an end, it's also the bridge to the next cycle. It's in the quiet of this last Lunar phase that the seed of the next SP New Moon is to be found.

"To everything, there is a season, and a time to every purpose under the heaven: A time to be born, and a time to die; a time to plant, a time to reap that which is planted." The lyrics of Turn, Turn, Turn, written by Bob Seger, were taken almost verbatim from the biblical Book of Ecclesiastes 3:1-8, these lyrics express what the SP Lunar Phases represent.