Mercury goes into retrograde about three times per year with each retrograde lasting approximately three weeks. Because a Mercury retrograde can have such profound effects on communication and other important aspects of life, it is helpful to know the dates of each retrograde period so you can plan accordingly.

From 2019 through 2029, Mercury will enter retrograde 34 times, with about 14 weeks between each retrograde period. That means for approximately 18 percent of each year, Mercury is in retrograde.

What Is Mercury Retrograde?

Every 14-ish weeks, the planet Mercury appears to move backwards through the sky instead of in its traditional forward orbit. This is an optical illusion caused by the positions of Mercury and Earth and their orbits around the sun; the planet Mercury doesn't actually reverse its orbit - it just appears to. However, this illusion of backward movement can have some astrological effects in daily life.

The Planet of Communication

Astrologically, Mercury is the planet of communication. It relates to the transmitting and receiving information and all the ways that occurs in daily life. In today's wired world, that means Mercury can have a profound effect on many of the tools of communication you use, including computers, cell phones, tablets, and more. It can also affect how you think (communication with self), how you communicate with others in all aspects of your life (work, relationships, friendships, and family), and even how you communicate with your higher self. 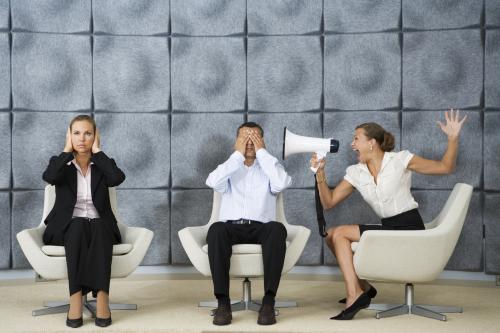 How and where Mercury appears in your astrological chart and how it moves through your houses can have a significant impact on your life, particularly when you need to communicate clearly, think clearly, use technology effectively for communication, or when it is part of your profession, such as being a teacher or a writer. Mercury's normal path through the sky is forward, so when it appears to move backwards, it has effects similar to a reversal of a tarot card in a reading; that is, it tends to bring out the more difficult or negative aspects or block, slow, or congest the positive aspects of its action in your life. So, in this case, because a forward transiting Mercury facilitates communication, a retrograde hampers it.

Mercury still has the same energy whether it appears to move forward or backward through the sky, but its path affects how that energy manifests. In the case of retrograde, it means that while Mercury still brings communication energy, it causes unclear or poor communication as opposed to facilitating clear communication.

Examples of How Mercury Retrograde Manifests

Because communication is hampered during a Mercury retrograde, you may notice mishaps related to this aspect of your life. For example, you may have a miscommunication with your boss, employee, or significant other. You may find you experience difficulty thinking clearly, or the content of your dreams may feel slightly off-kilter. Likewise, you may experience snafus with devices you rely on for communication, such as your phone, television, or computer. If you work in a communication profession, you may need to pay more attention to how and what you say in your work, or you may notice you struggle to be as productive as you normally would when Mercury is direct (out of retrograde).

Born During a Mercury Retrograde

If you're born during a Mercury retrograde (it's easy to look up online to discover the retrograde dates for the year of your birth - or look for the Mercury glyph in your natal astrological chart and see if there's an "Rx" next to it), you may discover that you have always been a little off-beat in your communication. Your mind may tend to wander when you communicate, you may need to change topics frequently, and you might have an offbeat sense of humor, for example. In other words, you may always feel some minor retrograde effects, even when the planet is direct.

This doesn't mean you are unable to communicate or are a poor communicator, just that your style may be different from someone not born during a period of retrograde. And while a current Mercury retrograde won't affect you more significantly than it affects others, you've likely developed coping skills throughout your life from always feeling a little retrograde energy, which can help you sail through the 60-ish days a year when the planet appears to transit backwards through the sky. 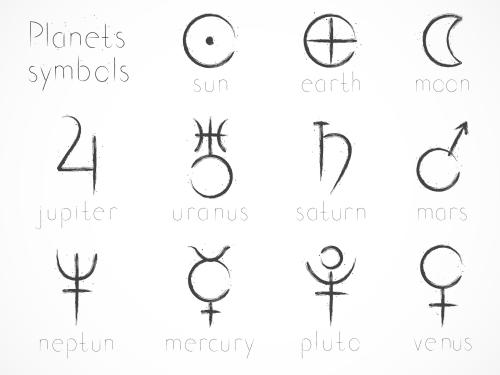 Other Planets and Retrograde

All planets go into retrograde, some more frequently and some less. How the retrogrades of each planet affects your life depends on which planet it is and what that planet rules. But like Mercury, when each planet is in retrograde, it tends to subdue, reduce, or reverse the energy it usually brings into your life when the planet is direct.

While a Mercury retrograde can certainly bring some chaos into your life, it also has positive aspects. A Mercury retrograde can be a great time to go back into your past and clean up any unresolved issues. It's also a good time to complete past projects instead of starting new ones, and the period of retrograde can facilitate creative thinking and problem solving. It also prompts you to think before you speak to ensure clear communications, and it can be a time of thoughtful reflection instead of decisive action. So, while some minor chaos can come with a Mercury retrograde, you also have total control of how you allow that to manifest in your own life. By focusing inward, you can flow with Mercury's backward energy for the three weeks when the planet appears to move backward in the sky.