What gets you out of bed and moving each morning? What would you fight for? What's your style of action? What do you desire? How do you go after it? What do you find sexy? How do you express your anger? In natal astrology, the planet Mars answers all of these questions.

Mars takes two years to complete its orbit around the zodiac. Mars is the ruler of Aries, the co-ruler of Scorpio, and also governs the first and eighth houses. At its most basic, Mars is your instinct for survival.

Mars in a Horoscope Represents

Mars is pure testosterone. It represents the fighting instinct as well as the ability to get up and get going. It's associated with passion, desire, and the drive for sex. Mars is how you act to make things happen, your energy level, how you go about getting what you want. But it's also your anger, wrath, aggression, impulsive behavior, combativeness, and cruelty

In the world of love and romance, Venus is pure romance; Mars is pure sex. The sign of Mars reveals how you express your passion, what kindles your desire nature, what you want, and how you go after what you want. If you're romantically interested in someone, the sign of their Mars will tell you, more than anything else, what they're looking for in the bedroom. 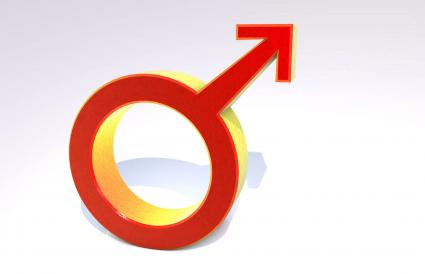 Mars in a Woman's Chart Represents

Mars is the masculine force of both genders. But when it comes to romantic love and sex, the sign a woman's Mars occupies can reveal the type of man she finds irresistible.

Mars in the Astrological Signs

If you don't already know, you can find the astrological sign of your Mars by using Cafe Astrology's free natal chart generator.

If your Mars is the sign of Aries, you're a warrior and contrarian. There's nothing in life you don't do in your own way. You're energetic, aggressive, hate being restrained or told what to do. You can also be impulsive, impatient, and easily angered. You have a "me" first attitude, are self-reliant and quick at getting things started. When it comes to sex, you have a healthy libido and are very physical and lusty.

With Mars in the sign of Taurus, you have a lazy streak and must overcome your inertia before taking action. But once you get yourself going, your energy level is strong and steady. You won't be rushed, but when you finally decide to act, you're dedicated, determined and committed. Slow to anger, you let frustrations build until you explode. You're sensuous in bed, take your time, and have a skillful touch.

If your Mars is in the sign of Gemini, you're a busy bee and multi-tasker. You're always in motion, prone to accidents and fly off the handle about minor things. You can act before you think and often do things just for the fun of it. Your drive is more mental than physical. You enjoy mental challenges and use your wit and intelligence to make things happen. Your sex play is snappy repartee.

If your Mars is in the sign of Cancer, you avoid confrontations by side-stepping or attacking indirectly. You act on your emotions, but you don't have a lot of drive and often feel inadequate in situations that call for forceful action. You don't handle a high-pressure or competitive situation well, but you will fight to the end to protect a loved one. Even in bed, you're an active caregiver who is sexually gentle and loves to cuddle.

If you have Mars in the sign of Leo, you like to be the center of attention and will do things just to get noticed. You're enthusiastic, full of energy, competitive, and a take-charge person who plays hard plays to win and doesn't give up. On the negative side, you can be quarrelsome, belligerent, and defensive. As a lover, you're romantic and ardent, and when it comes to sex, you're all about pleasure and play.

With Mars in the sign of Virgo, you hate to be rushed, need time to get your bearings and sort through things. You like to stay busy, and you're good at conserving your energy, pacing yourself, and adapting quickly to new situations. Negatively, you can pen up frustrations and become chronically irritable and fussy. When it comes to sex, you're modest, open to anything, and tend to know just what your partner wants.

When your Mars is in the sign of Libra you can swing from being too pushy to being too compromising; from competing to cooperation; from acting independently to acting cooperatively. Either way, you don't act alone, you act to restore balance and you play off others. You don't get angry; you get even. Sexually you mirror your partner and have a desire to please.

If your Mars is in the sign of Scorpio, you're magnetic, strong-willed, forceful, determined, and have a clawlike grip when you attain something or someone you desire. But your desire nature can be so strong that it controls your life. You're fearless but not directly confrontational. Instead, you act with subtle manipulation to get what you want. Sexually you're the master of seduction, tender but primal, and need to experience both pleasure and pain.

When your Mars is in the sign of Sagittarius, you're a free spirit who acts to expand your horizons. You're a crusader and a rolling stone, who acts on hunches that often prove to be correct. Your style of action is quick, animated, and enthusiastic. You have short bursts of temper and can be too blunt and set others off. Sexually, you're light-hearted and have few inhibitions.

Success is the name of the game when you have Mars in the sign of Capricorn. You have a quiet strength and the ability to endure, You tend to direct your energy toward accomplishment, concrete results, recognition, and status. You act strategically, play the long game, keep your eye on the prize, and come alive when there's resistance. But can have a tendency to be cold and calculating. Sexually, you're powerful and sensual.

If your Mars is in the sign of Aquarius, your energy is high but erratic. You enjoy mental and intellectual challenges, are independent, willful, clever, and can't easily be pushed. You're a reformer who's rebellious, unpredictable, stubborn, and can be creative in getting what you want. You have a lightning rod temper. Sexually, they're open-minded, but have a take it or leave it style that is a bit offbeat and cold.

With Mars in the sign of Pisces, you are non-combative, non-competitive and most often act with compassion. Your energy level ebbs and flows and you're a pacifist who has difficulties asserting yourself, but you're not averse to playing games and can stir up a storm through indirect aggression. Sexually, you're a chameleon, so, it's hard to pin you down to only one style.

Mars Retrograde in a Birth Chart 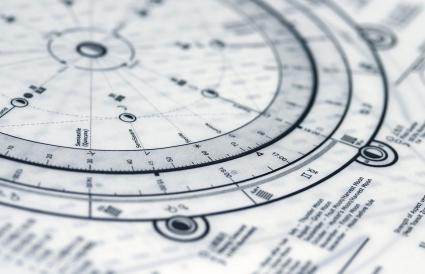 Mars goes retrograde about once every two years and appears to travel backward in the sky for about ten weeks. Approximately 10% of the population have Mars retrograde in their birth chart. To find out if your Mars is retrograde, you'll need your birth chart (see above). When you have your chart, look for the Mars symbol, if it has Rx following it (♂ꝶ) you were born when Mars was Rx.

When Mars is retrograde in a birth chart, an individual has the fiery passion, intensity, and drive of Mars but it's internalized, resulting in a high degree of frustration. Some qualities of Mars can become extreme, unconventional, or repressed. Often men born with Mars Rx believe themselves to be wimpy and overcompensate, and women with Mars Rx are attracted to nonassertive and complacent men and become overly assertive in the relationship.

Mars in Rx in a birth chart can indicate:

Mars Rx people need to find healthy ways of externalizing their drive and anger. Working out regularly and taking part in athletic activities will help alleviate frustration and fears that are associated with Mars Rx. It might interest you to know that Michael Jordan (basketball), Billie Jean King (tennis), and the magnificent athletic dancer Mikhail Baryshnikov were all born when Mars was retrograde. Each was persistent, determined, and worked hard to develop their strength and overcome any fears and weaknesses that threatened to hold them back.

Using Mars to Your Best Advantage

Your Rising Sign and the signs of your Sun and Moon, as well as other plants and points in your birth chart, can exaggerate or mitigate your Mars sign's characteristics, so take these factors into consideration when reading any general description of your Mars placement. Also remember that Mars can be constructive or destructive, cruel or violent, so, it's important to understand and get a handle on your Mars energy. A professional astrologer can help you understand Mars in your horoscope and use it to your best advantage.

Influence of Mars in Astrology