The Basics of Financial Astrology

Financial astrology basics are not overly difficult for an individual who has a sound, basic understanding of the astrological planets and transiting aspects. However, it also requires some knowledge of financial markets and how the planets and transiting aspects work within a financial context. You'll also need a 21st Century Ephemeris or astrological software to be successful.

The Moon and Market Trends

Stock prices fluctuate based on many factors which you should be aware of, but to use financial astrology basics for success in the market, the Moon is the most basic timing tool. The Moon represents short-term market fluctuations. Of course, you'll want to purchase when stocks have hit the bottom price and sell when the market is at its peak.

The Solar/Lunar Phases and Eclipses

Even MarketWatch says, "markets rise several annualized percentage points faster during the 14 or 15 calendar days around a New Moon than they do in a similar period around the Full Moon." Yes, markets tend to perform better in the days around the New Moon, while prices weaken in the days around Full Moon. Eclipses are also very potent New and Full Moons, and you should note the dates of eclipses. You can find an ephemeris online at Astro-seek, which will allow you to track the Moon phases for a given month to determine the dates of the New and Full Moons and the dates of eclipses.

The Moon's orbital path around Earth is slightly elliptic. Lunar perigee is when the Moon is closest to Earth; when it's at its furthest point from Earth, it's at its apogee. The gravitational pull of the Moon varies depending on its distance from Earth. It's not uncommon for market prices to reverse when the Moon is at apogee or perigee. You can anticipate short-term turning points on these days. There's a Lunar Apogee and Perigee table and a New and Full Moon table at Fourmilab. 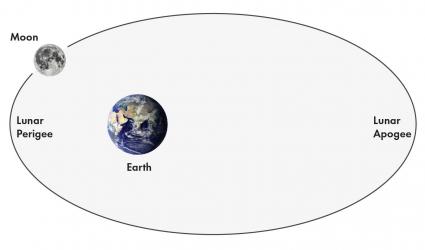 Visually, the Moon often appears lower and higher in the sky. This is called declination. The Moon's declination also affects its gravitational pull. Although declination is not as significant as apogee and perigee, you can also watch this cycle for potential market reversals. When the Moon's declination reaches an extreme high or low, especially if it coincides with the peak or bottom of one of the other Moon cycles, you can expect shifts. You can find a Declination Ephemeris at CafeAstrology.

The Cycle of the North Node

On the most basic level, the transiting planets within the context of Financial astrology represent certain types of action. 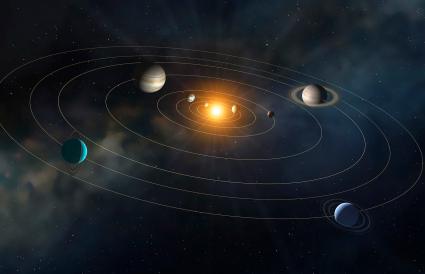 Understanding the astrological aspects is necessary for success. The basic aspect rule related to financial astrology says that favorable aspects through transit contacts with the beneifics yield price increases; for example, Jupiter trine (120 degrees) Venus. Bad aspects from the malefics, such as a square (90 degrees) aspect from Mars to Saturn, will usually push prices down.

The stock market is sort of Jeckle and Hyde beast, and the best strategy is to refrain from investing when there are conflicting aspects because you don't know which will show up. For example, perhaps there are offsetting planetary transits from benefic Jupiter and malefic Saturn. This is the time to wait and see.

Mercury, the Greek god of financial gain and commerce, rules trading. The planet Mercury can give you a reasonably good timing forecast. If the Sun and Mercury are conjunct in the sky, you can anticipate a high-volume day. These conjunctions occur about every six weeks.

Mercury's daily motion is a significant market indicator. When Mercury's speed is decreasing, the market trend is downward. When Mercury is near stationary, the market has a low volume. If Mercury is rapidly gaining speed, the market gains rapidly. You can also use the speed of Venus in the same way for longer term gains. 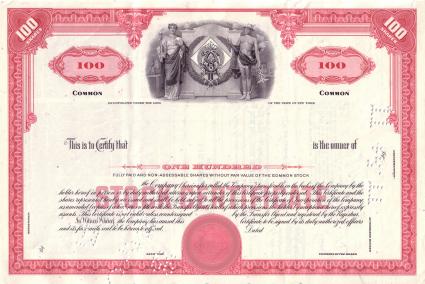 The dates when Mercury and Venus are Retrograde (Rx) are important to watch. Mercury, the planet of commerce, turns Rx three times a year. Venus, the money planet, is retrograde every 18 to 20 months for 40 to 43 days. Due to the speed factor and what these planets represent, these times can have a powerful impact on stocks and commodities. Note: When Mercury or Venus are Rx, it's usually not a good time to invest.

Playing the market using these basic tips can be exciting, fun, and perhaps even a little nerve-wracking. However, there are other common-sense tips that can help you be successful. You should be aware of the political and economic happenings in the world, study the market's movement, and correlate what's happening in the sky to that movement. Then, practice with funny money and track your success until a certain "wisdom" develops. When you're ready to put real money into the market, set and stick to a budget and only invest what you can afford to lose.