The Cancer constellation is one of the dimmest in the night sky; its most recognizable and easily seen feature is a cluster of stars known as the Beehive Cluster. In the 1st century AD, the astrologer Manilius wrote: "Shining at the hinge of the year by the blazing turning-point which when recalled the Sun rounds in his course on high, the Crab occupies a joint of heaven and bends back the length of day."

Where Is Cancer in the Night Sky?

Cancer lies between the constellations Gemini and Leo. It's best seen in the Northern Hemisphere sky in late winter and early spring and again in the morning sky starting in September. It's popularly recognized by its most distinguishing feature, Praesepe (Latin for manger), commonly called the Beehive cluster.

You'll be hard-pressed to identify the Cancer constellation as a Crab; as a matter of fact, you'll likely see something that looks more like a faint upside-down Y. It's the dimmest of the 13 zodiac constellations and is almost impossible to see with the naked eye or even binoculars. 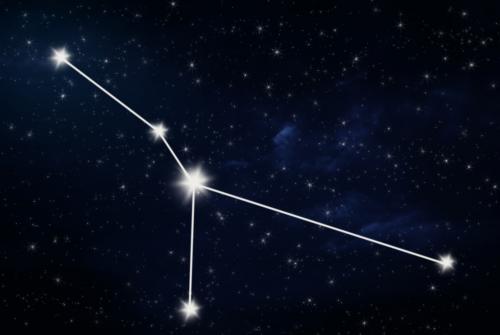 Probably the easiest way to locate the Cancer constellation is with a sky map that's set for your specific sky watching location.

Astrology and astronomy use different systems that divide the sky in different ways.

The Constellation Zodiac and Cancer

The Tropical Zodiac and Cancer

The signs of the Tropical Zodiac, every 30 degrees of arc along the ecliptic, are defined by the changing of Earth's seasons. The approximate dates the Sun is in the Tropical sign of Cancer is from approximately June 21 -July 22.

The Sidereal Zodiac and Cancer

The sidereal (star) zodiac begins its yearly cycle when the Sun aligns with the constellation of Aries in the sky. Then, like the tropical zodiac, divides the ecliptic into 12 equal sections of 30 degrees each. The approximate dates the Sun is in the Sidereal sign Cancer is July 16 - August 16.

Precession of the Equinoxes

When the planets and or an important point aspect one of constellation Cancer's stars in a natal chart, that star's influence is thought to be particularly strong. An aspect by a conjunction from these stars to planets and points the birth chart are very significant. All of constellation Cancer's stars are currently in the astrological sign of Leo.

More About Praesepe, the Beehive

Praesepe, from the Greek Phatne, means manger or crib. Interestingly, every Christmas sky features the Northern Cross, standing upright on the western horizon just about to set and directly opposite on the eastern horizon Praesepe, the "Manger," is rising.

Praesepe in a Birth Chart and by Transit

The aspects Praesepe makes in a birth chart and by transit say something about the emergence from the family nest, finding new paths and directions, or leaving behind old dwellings and what they represent. It can impel emergence, migration, new beginnings, shedding old skins, skeletons, and cocoons. Praesepe is currently at 7-8° Leo.

Some say the Cancer symbol or glyph represents a woman's breasts and shows the nurturing qualities of the sign. However, it's also believed that the symbol for the sign of Cancer is a representation Asellus Borealis and Asellus Australis, the two Asses (donkeys) that took part in the conflict of the gods with the giants on the peninsula of the Macedonian Pallene (the early Phlegra,) who were afterwards rewarded by being given a resting-place in the sky on either side of the Manger." Some consider that this might be the origin of the positioning of a donkey always behind the manger, as is seen in nativity pictures of the birth of Christ. 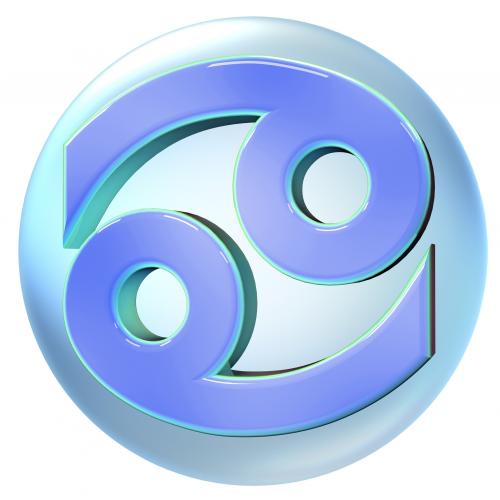 Few know that the disease of Cancer was named kávouras (Greek for crab), by Hippocrates, the Greek physician/astrologer and the father of medicine. It's thought he did this because:

After Hippocrates' applied the name kávouras to cancerous cells, it was another 350 years before Celsus, a Greco-Roman philosopher, wrote a very important encyclopedia of medicine and used the Latin equivalent and named the disease cancer. That name remains to this day

The Myth Behind Constellation Cancer

According to ancient Greek legend, the Cancer constellation represents the giant crab that bit the heel of Hercules during the second of the 12 labors he performed as penance for killing his family. It was sent by the jealous goddess, Hera, to thwart Hercules as he battled the water serpent Hydra. Hercules killed the crab with his club, and the crab was then placed among the stars in gratitude by Juno, the enemy of Hercules.

The History Behind Constellation Cancer

Richard Allen in his book Star Names: Their lore and Meaning says of the Cancer constellation that it was the "Dark Sign, that was described as black without eyes," and that "few heavenly signs were subjects of more attention in early days, and few better determined"

Astrologically Cancer is the fourth sign of the zodiac and the Cardinal Water sign. Cancer is ruled by the Moon. The Cancer archetype includes anything about mothers, childhood, and the search for roots and belonging. A few of astrological keywords for Cancer are nesting instinct, mother, home-loving, protective, sensitive, and nurturing, as well as smothering and hard-shelled.