Most individuals know their Sun signs, some even know their Moon signs, but if you've never had your chart calculated, you couldn't know your ascending sign. Unless you're a math whiz, learning to hand calculate a chart is difficult and learning how to calculate the ascending sign and degree is just the start. This is the mathematics of geocentric astrology that every astrologer has to learn in order to pass the certification examinations given by the major astrological organizations.

Step 1: Prepare for Your Calculations

In addition to paper, pencil, eraser, and calculator, you'll need three books to calculate the ascending sign and its exact degree. If the books listed are available for reference online, links are provided. Take your time with each step and be clear about what you've done before moving on to the next.

A World Atlas is a collection of various maps of the Earth. It shows the longitude and latitudes of any location. You'll need an atlas to pinpoint the latitude and longitude of the birth or event location. They are quite expensive to buy, but you can find one at your local library. Astrotheme provides a free atlas for astrology that gives latitude, longitude, time zone, and universal time (GMT) for any given city and date. These are all things you will need to know to calculate an ascendant.

Find a Table of Houses 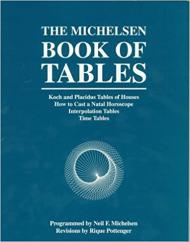 The Michelsen Book of Tables

Table of Houses is a book astrologers use that contains tables showing the degrees of the signs which occupy the cusps of the houses at the different latitudes. You will need this book to interpolate the exact midheaven and ascendant. The best table of houses available is The Michelsen Book of Tables: Koch and Placidus Table of Houses. However, a Simplified Scientific Table of Houses can be found in pdf form online for free.

Obtain the Midnight Ephemeris for Year of Birth

Midnight Ephemeris an almanac that contains information about sidereal time and the positions of Sun, Moon, planets, and various other points at 12:00 am on the day in question. You can find Ephemerides for years 1900 to 2100 online at Find Your Fate.

Keep in Mind as You Work

It will help for you to know the following:

You can covert degrees to time:

The Different Methods of Timekeeping

The following methods of timekeeping are used throughout the first steps and are important for you to understand.

A Bit of Advice

Before you move on to the steps below, take the time get a feel for the books by checking the links provided. Likewise, get a clear understanding of everything above. Doing this will make the calculations you're about to begin much easier to understand and complete.

1. Find the longitude and latitude of the birth location in the atlas.

2. Find the Standard Meridian (SM) of the time zone in use. (Reminder: The SM is used for reckoning standard time throughout most of the world. They are those longitudes that are exactly divisible by 15 degrees (30, 45, 60, 75, 90, etc degrees). 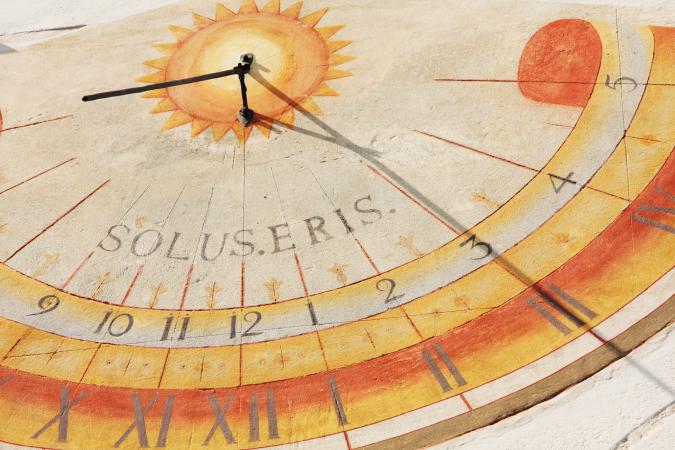 Few individuals are born exactly on the degree of a time zone's standard meridian longitude, so to find the local mean time (LMT), you have to adjust for the exact longitude of the place of birth.

1. Write down the standard meridian longitude degree for the time zone of the birthplace.

3. Subtract that amount if the place of birth is west of the middle of the time zone and add if east.

Reminder: Standard meridians are those lines of longitude, 15 degrees apart, that are used to set the uniform time throughout each time zone.

1. Divide the SM longitude (see step 3) that the time zone is based on by 15. The answer is the number of hours different your time zone is from GMT.

2. Add your answer to or subtract it from LMT, depending if your time zone is east or west of Greenwich, England.

It's now time to get out and open up your Midnight Ephemeris so you can find out the sidereal time at midnight on the day of birth.

Reminder: An Ephemeris an almanac that contains information about sidereal time and the positions of Sun, Moon, planets, and various other points.

1. Find the page in your ephemeris that correlates to the year and month of birth. Go down the page to the day in question and in the first column (Sid Time) you'll find the sidereal time at midnight on that day. Write that Sid Time down.

2. Divide the degrees of birth longitude by 3 and multiply by 2. Write the answer down.

5. Now, you're going to add the answers to all four steps above together. (Remember to keep columns straight in terms of hours, minutes, and seconds.)

6. If the total hours in your answer is 24 hours or greater, subtract 24 from the hours.

Interpolation is finding a specific point between two points. As an example, you could be trying to find a specific degree and minute that lies between 15 degrees of Libra MC and 16 degrees of Libra MC. You'll need the Table of Houses to interpolate that specific point. The midheaven (MC) is the zenith, the highest point of the 360-degree astronomical circle called the zodiac.

Reminder: Table of Houses is a book astrologers use that contains tables showing the degrees of the signs which occupy the cusps of the houses at the different latitudes and Sid times.

1. From Table of Houses, look up the Sid time previous to the calculated Sid time of birth.

2. Look down the latitude columns and find the latitude of the birth location and write down to corresponding MC.

(Note: In the Simplified Scientific Tables of Houses mentioned above, you'll have to locate the latitude of birth first and look down for the Sid times previous to and following the calculated Sid time of birth.)

4. The answer is the elapsed time from the Sid time previous to birth to calculated Sid time of birth.

6. Find the Sid time following the calculated Sid time of birth from Table of Houses and write down the corresponding MC and Sid time.

7. Subtract from Sid time following birth from the Sid time previous to birth.

9. Divide the smaller interval by the larger to find the ratio.

10. Convert the ratio to minutes.

The ASC is the point of intersection of the ecliptic (the Sun's path) with the eastern horizon of the birthplace. There are exactly 30 degrees per astrological sign; added together they equal 360 degrees, the span of the ecliptic. All twelve signs rise over the ASC during the course of one 24-hour day. Ascending signs vary by location and change approximately every two hours. The degree of the ascending sign changes approximately every four minutes.

Once again, you're going to be finding a specific point between two points. As an example, you could be trying to find a specific degree and minute that lies between 27 Sagittarius 14 and 28 Sagittarius 04. You'll need the Table of Houses opened to the same page as in step 6 to interpolate the exact degree and minute of the astrological sign that was rising in the east at the time and place of birth.

2. Consider calculated Sid time of birth and locate the Sid time in the Table of Houses that it falls between. Look down the latitude column until you find the birthplace latitude. Write down the corresponding sign and degree of the ASC shown for both the Sid time previous to birth and the Sid time following birth. Find the difference between the two and write that down.

3. Multiply the difference of both by the above percent of correction, then subtract.

5. Multiply the answer by the ratio found above in Step 6.

6. Add that answer to previous ASC sign's degrees and minutes to find the exact ASC.

The Cross of Matter

The Cross of Matter is the backbone of any astrological chart. This is where things happen. It's composed of four angles. The ASC is exactly opposite the descendant (DC) and the MC is exactly opposite the Imum Coeli (IC). When you've found the exact sign and degree of the ASC, you'll also have found the signs and exact degrees of the Cross of Matter.

Now, if you want a fully calculated astrological chart, all that's left to do is to determine which house system you're going to use, open your Midnight Ephemeris to year and month of birth, look down the column to the day of birth, list the signs and degrees of the Sun, Moon, planets and other important points, and begin interpolating the exact position of each at the time of birth.

Unless you're mathematically inclined, calculating an ascendant isn't easy, even with step-by-step directions. So, don't get discouraged if you don't get it right the first few times. Try, try again. Of course, if math just isn't your cup of tea and these calculations just seem too complicated and overwhelming, you can find the ascending sign and your entire calculated chart for free at many spots on the internet. That will certainly be a lot less stressful and quicker, but you'll also miss out on a wonderful opportunity to gain greater insight into the importance of astrological geo-positioning.