A Harris Poll conducted in December 2013 reported that 33+% of Americans from age 18-48 believe in astrology. A 2014 survey done by the National Science Foundation said that nearly 50% of all Americans consider astrology to be scientific. It seems Americans are less skeptical of astrology than they've ever been. Yet, Black astrologers and students are still underrepresented in the astrological community. African American astrologer, Samuel Reynolds, says "there is a need for more Blacks in astrology."

Samuel Reynolds is a professional astrologer who spoke in Atlanta Georgia for Black History Month on "The Astrological Destiny of African Americans." Reynolds has written for Ebony magazine, New York magazine, Tarot.com, Sasstrology.com, Pride magazine, Moonology.com, and The Mountain Astrologer. He's also the first African American to sit on the board of The International Society for Astrological Research (ISAR). Reynolds also consults, teaches and promotes African American involvement in astrology. Unlockastrology.com is Samuel Reynolds' official website. 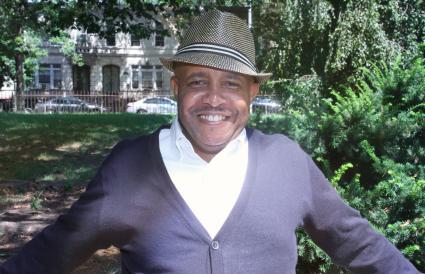 The History of African American Astrologers

According to Reynolds, Benjamin Banneker:

Reynolds, who has also seen Banneker's almanac at New York City's Schomburg Center for Research in Black Culture, says "much of it looks like an astrologer's ephemeris. The same is true for Benjamin Franklin's Almanac."

Astrology had a renewal of popularity in the 20th Century, particularly since the rise of the 1960s counterculture. With the publication of many new astrological textbooks and magazine columns, astrology became far more accessible to the public. Reynolds says that "the greater number of Black astrologers I've known are from the 20th century" and mentioned the names of three published and well-known African American astrologers.

Basil Fearrington, an Internationally known astrologer who has been published in all significant astrology publications and is the author of The New Way to Learn Astrology.

Ayesha Grice who for 25 years was a monthly columnist and contributing editor for Essence Magazine.

Astrology in the African American Community

Even though fewer individuals are skeptical of astrology and there's an interest in astrology among Black Americans, Black astrologers are underrepresented in the world of professional astrologers. Samuel Reynolds points out that "both the International Society for Astrological Research (ISAR) and National Council for Geocosmic Research (NCGR) has been around for about 30 years but he's the first African American to sit on the board for ISAR and his friend and colleague, astrologer Demetrius Bagley, was the first to sit on the board for NCGR."

When asked this question Reynolds, who was called to become a Baptist minister at age 12 and at age 24 began his study of astrology to disprove it, spoke on this very question in his blog post "An Open Appeal to African Americans about Astrology." Reynold's key reasons for why African Americans were not fully involved were religion, lack of financial incentive and value, and plain ignorance on the topic.

What Will Help Change That?

According to Samuel Reynolds, "Though there have been many Black astrologers, most of them have largely been invisible to the public." Now, he says, "Black people are on the internet and social media. I know that I, personally, have more reach thanks to social media, especially Twitter. I've seen more Black astrologers crop up in the last five years than I had seen in the previous 20. That's huge and great."

Outreach From the Astrological Community

Reynolds went on to say that "what will also help will be more outreach from conference organizers and organizations." With that in mind, he co-founded an International Society of Black Astrologers that's currently on Facebook and partnered with astrologer Laura Nalbandian to create a diversity scholarship for people of color and LGBTQ astrologers that is still ongoing.

This scholarship provides up to $300 toward lodging and travel so these astrologers can attend the Northwest Astrological Conference (NORWAC) in Seattle, Washington. Reynolds reports that "each year we've had 6-10 folks come. Many of these folks have gone on to become key contributors to the astrological community." Reynolds says his "long-term hopes and aspirations for African Americans in astrology is "more representation on bookshelves, at conferences, and in popular media outlets."

The Internet as the Great Equalizer

It's impossible to overestimate the influence that the internet, personal computers, smartphones, and iPads have had on 21st Century astrology. The interest in astrology and the number of astrologers has grown exponentially. Young African Americans now have easy access to Black astrologers as well as to those who teach astrology. The internet makes it possible for them to conveniently and inexpensively learn astrology though YouTubes and webinars created by astrology's best and brightest professionals, including Samuel Reynolds.