Four times per year for a period of three and a half weeks each, stargazers may notice that the planet Mercury seems to move backwards (West to East) across the sky instead of heading in its usual forward (East to West) direction. Has Mercury defied the laws of physics and truly reversed direction? The short answer is no. The laws of physics remain intact. When Mercury goes into retrograde, it merely gives the appearance of traveling backwards. It's an optical illusion, and you can rest assured that the planet continues on its forward path.

However, as many astrology buffs can report, this optical illusion can and does affect people's lives in very real ways.

1. It Messes With Communication

The planet Mercury rules communication. When Mercury is rolling forward as it normally does across the sky, it can help communication go smoothly, particularly as it enters your astrological houses. However, when the planet seemingly reverses direction, it has the opposite effect, muddying the waters as you try to communicate with others.

For people who are sensitive to this type of energy, you may find yourselves mired in misunderstanding, even with those people you normally communicate with well. For example, you may find that your bestie - someone you can say anything to any other time - suddenly starts taking offense to things you say to her, even things that would normally crack her up.

To help with communication during a Mercury retrograde:

2. It Makes Technology Even More Glitchy 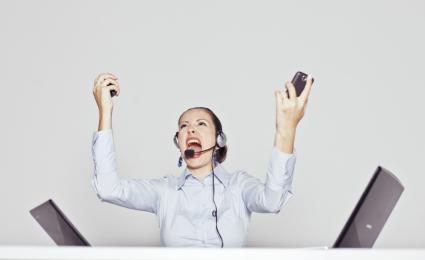 For all the sophistication of products that make our lives simpler, technology can be a little glitchy from time to time. Who hasn't had a Skype call that has frozen at a critical point in the conversation or encountered the blue screen of death just before you hit save in your document? While these occurrences are minor, everyday inconveniences that come from living in a high-tech world can turn into a major hassle during a Mercury retrograde.

While Mercury is in retrograde, it passes between Earth and the sun. Many believe the planet has a magnetic core, which when passing between us and the sun, can cause a whole heap of technical difficulties. And to hear others tell it, there just may be something to it. When Mercury is in retrograde, it gets blamed for practically every technical hiccup, from lost data to smartphone crashes. Emails get lost. Computer screens freeze. Data gets corrupted. Car computers go into a tailspin. In a technologically driven world, these small inconveniences pile up quickly until sometimes it feels like you're spending more time working around technical issues than you are being productive.

Even if you're forced to use technology, all is not lost. With a little patience and some kickin' it old school (such as using a paper calendar, reading actual hard copies of books, and making phone calls on a *gasp* land line), you can sail through the three and a half week period relatively unscathed.

To cope with the technological inconveniences of Mercury retrograde: 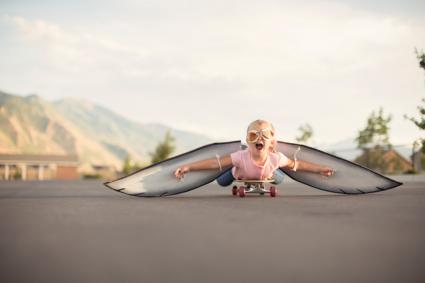 Mercury is a planet that rules rational thought and supports left brain activity, such as analytical thinking. When it appears to move backwards in the sky, the emphasis switches to right brain activity, such as creative thought and intuition. With the extra difficulty of thinking rationally and the emphasis on your right brain, it's the perfect time to hone in on your creativity. These flashes of creative insight can help you find new ways to solve problems that have been around for quite a while. Put together killer outfits you'd never considered before, create a new, tasty dish in the kitchen, or indulge in other activities that you enjoy. And when your mind feels muddy during a Mercury retrograde, sit quietly for a few minutes with your eyes closed. Tune in and allow your creativity to flow.

4. It Invites You to Look up From Your Smartphone And Re-engage With the World 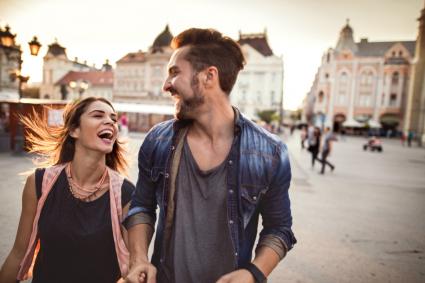 We are a society in a relationship with our smartphones and tablets. Everywhere you go, you see people ignoring the world around them as they stare at the tiny screen of their smartphones, checking and updating Facebook statuses, texting, and watching videos online. However, with the technical glitches that often run rampant during Mercury upgrade, people might find their data packages and devices not working like they normally do.

While on the surface it may seem tragic you can't "like" that meme your friend you've never met posted on Facebook of a French bulldog puppy eating its way out of a watermelon, in truth, it provides you with a wonderful opportunity to lift your dead-eyed stare from the screen and take a look at the world and people around you. Suddenly, you see in front of you your much beloved significant other, who is also blinking confusedly at his or her lack of smartphone availability. Look into his or her eyes. Smile. Have a chat. Go for a walk.

So the next time your smartphone refuses to take you to a new webpage, see it as an opportunity. Use the time to engage with the world around you in a meaningful way. Forget about technology for a while. The French bulldog puppy will still be in that watermelon in a few hours.

5. You Can Rediscover a Lost Treasure 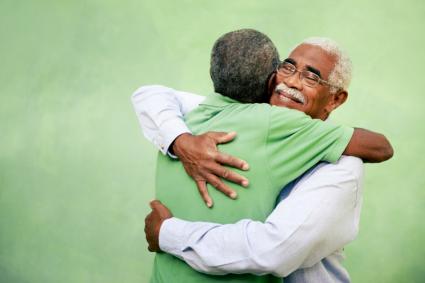 With its retrograde (read backward) energy, this period often draws your personal energy into the past. That doesn't mean you need to get lost in it, however. Instead, you can use this emphasis on the past to draw it forward and into your life in a meaningful way. Like finding the necklace you lost six months ago. Or reuniting with your college roommate, whom you lost touch with 30 years ago.

Use this energy to reach out to someone important from your past. Look them up and send them a note. Return to a project you once dropped and finally finish it. Think about where you were and what you were doing the last time you saw an object that's gone missing. Doing so may help you rediscover lost treasures of many kinds and proportions.

While it's true the 14 weeks out of a year that Mercury is in retrograde can feel like an inconvenience, it's all in how you look at it and use it. Sure, Mercury retrograde may mess with certain energies in ways that feel negative, but it's really an invitation to explore and engage aspects of yourself that aren't typically at the fore.