Symbols are a universal language without words. The zodiac symbols are pictorial graphics and hieroglyphics. There is an animal symbol and a glyph for each of the twelve zodiac signs that can help you understand their meanings.

Everyone has all twelve astrological sign glyphs in their birth chart. They are associated with the Sun, the Moon, the planets, the Ascendant, and the astrological houses. The animal symbols (in Libra's case, the scales), the glyphs, and the keywords in this quick guide can give you a jumpstart in understanding the meaning of signs of the zodiac. 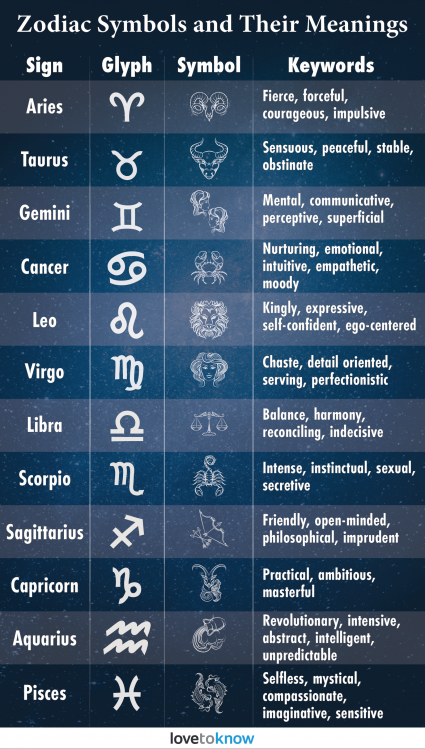 Each zodiac sign has inherent meanings that are represented by its astrological symbols.

Aries, the first of the twelve-zodiac signs, is symbolized by the ram. The Aries glyph is the horns of a ram. Its meaning reveals the Aries' penchant to approach life head-on. Aries is the Cardinal Fire sign of the zodiac. This all means that Aries represents new beginnings, is quick off the mark, adventurous, spirited, and pioneering with a determination to push independently forward against all odds. 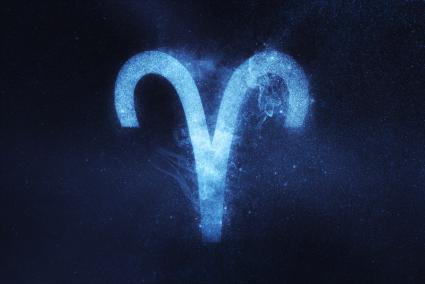 Taurus, the Fixed Earth sign of the zodiac, is symbolized by the bull. Its glyph is a bull's head with large curvy horns. The bull represents the strength, bullheadedness, tenacity, virility, and power that's inherent in Taurus. This all means that Taurus stubbornly maintains, is practical, calm, peaceful, pleasure-seeking, and not readily driven to act. 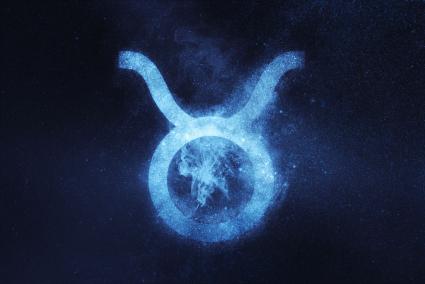 Gemini, the Mutable Air sign of the zodiac, is symbolized by the twins. The glyph for Gemini is two lines joined together. These symbols both represent the duality and neutrality that's inherent in Gemini. This all means that Gemini is free-spirited, intellectually curious, social, seeks variety and mental stimulation, and is often of two minds. 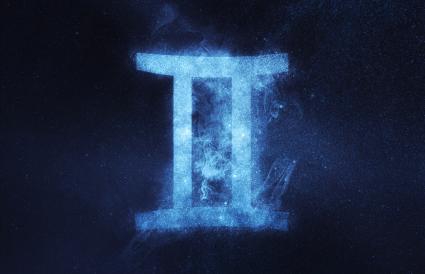 Cancer, the Cardinal Water sign of the zodiac, is represented by the crab. The crab symbolizes Cancer's self-protective nature. Cancer's glyph looks somewhat like a crab but is said to represent the breasts and symbolize the nurturing qualities that are inherent in Cancer. This all means that Cancer is emotional and actively seeks to nurture and be nurtured. 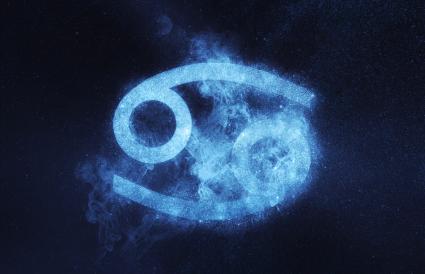 Leo is represented by the lion. The lion symbolizes Leo's bold, kingly, and playful qualities. The glyph for Leo represents the head, mane, and tail of the lion. The circle symbolizes the bright and shining Sun, and the arc swirling out from the circle represents Leo's highly influential presence. Leo, the zodiac's Fixed Fire sign, is steadfast, passionate, courageous, showy, and needs to be the center of attention. 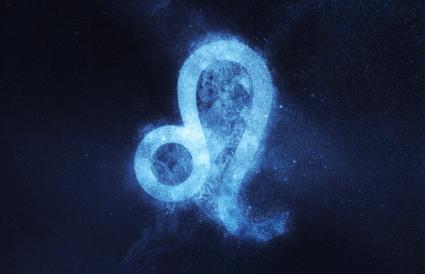 Virgo, the Mutable Earth sign of the zodiac, is represented by the virgin or maiden carrying a shaft of wheat. The maiden symbolizes the Virgo's need to help and serve and the wheat symbolizes Virgos ability to "separate the wheat from the chaff." It's glyph, an M with an inward twist, symbolizes the introspection and modesty that's inherent in Virgo. Taken together, they reveal Virgo's ability to work tirelessly to analyze, sort what's valuable from what's worthless and stay quietly busy putting the material and physical world in order. 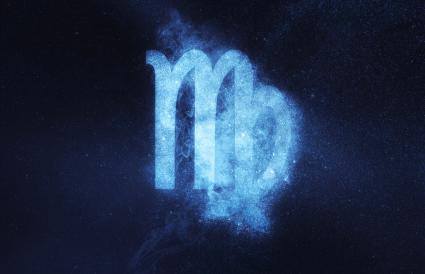 Libra, the Cardinal Air sign of the zodiac, is the only sign that's represented by an inanimate object. Libra is symbolized by the scales. The scales reveal Libra's need for justice, balance, harmony, and fair-play. Libra's glyph is representative of an equal sign or the horizon with the Sun rising above it. Each year when the Sun enters Libra, day and night are equal. This all means that Libra is intellectual, actively seeks relationships, and continuously weighs one side against the other. 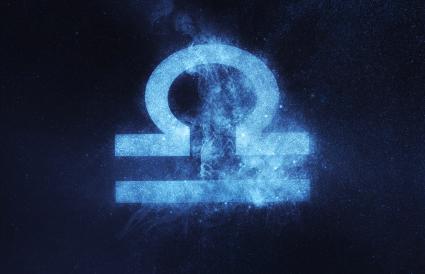 Scorpio, the Fixed Water sign of the zodiac, is represented by several symbols, but most often, it's symbolized by the scorpion. The scorpion represents Scorpio's ability to hide in the dark and observe but stay ready to deliver disabling stings if threatened. Scorpio's glyph is an M with a barbed tail turning upward. This represents the creation and destruction that's inherent in Scorpio. Some believe its glyph represents the female and male sex organs and the creation of new life. Taken together, this all means that Scorpio is deeply emotional, mysterious, passionate, sexual, assertive, determined, observant, decisive, and investigative. 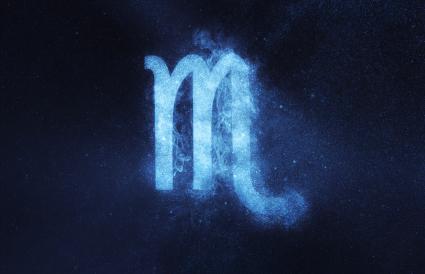 Sagittarius, the Mutable Fire sign of the zodiac, is represented by the centaur. The centaur symbolizes the duality, primal drive, and paradoxical nature of Sagittarius. The Sagittarius glyph is an arrow pointing upward, representing Sagittarius' ability to take precise aim and never fail to hit its mark. This all means that Sagittarius is the open-minded explorer, adventurer, traveler, and knowledge seeker of the zodiac. 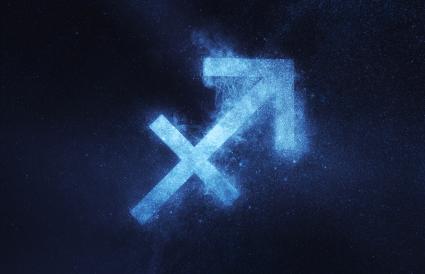 Capricorn, the Cardinal Earth sign of the zodiac, is represented by the sea goat. The sea goat symbolizes Capricorn's ability to rise above watery emotional undercurrents to scale steep mountain terrains. Its glyph is a pictorial representation of the sea goat. This all means that Capricorn is a grounded, practical, social climber that tucks in its emotions and steadily moves toward success. 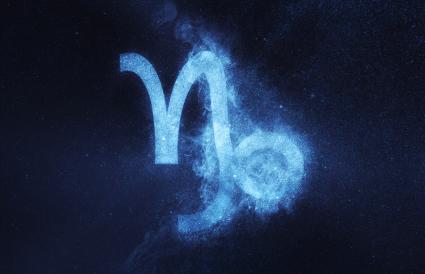 Aquarius, the Fixed Air sign of the zodiac, is represented by the water bearer. The water bearer with water pouring out of his jug symbolizes pouring out knowledge to quiche humanity' thirst. Its glyph is two identical zig-zag lines representing lightning bolts. Its glyph symbolizes Aquarius' quick mind and unbounded perspective, that sees beyond current limitations. This means that Aquarius rises above the material world, has a powerful and stubborn intellect, is future-oriented, and disseminates knowledge for the betterment of mankind. 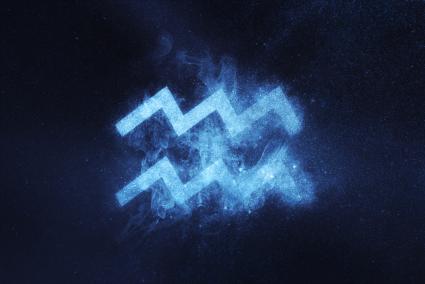 Pisces, the Mutable Water sign of the zodiac, is represented by the fishes. Its glyph represents two fish tied together, swimming in opposite directions. This symbolizes the Pisces need to integrate both the material and ethereal worlds into one and bring heaven to earth. Taken together, this means that Pisces is emotionally aware, hypersensitive to what's unseen, and has a penchant to drift with the ever-changing tides of emotions. 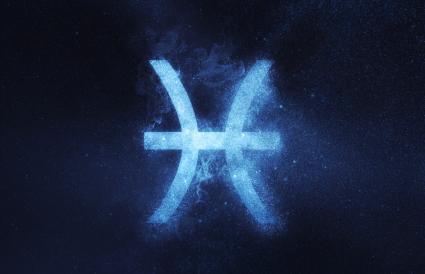 The point of symbols is that they are universal. In other words, you don't need to speak a particular language, or be able to speak at all, in order to interpret the symbol's meaning. This is especially true when it comes to astrology. Astrology is based on the ancient esoteric schools of mysticism, a time when knowledge had to remain secret, and symbols readily helped in this feat. To those without ancient wisdom, the symbols were just pictures. For those who understood the root of the symbols, the images were gateways to knowledge. There are many astrological symbols and by understanding each you move one step closer to comprehending your birth chart.