A relationship with an Aquarian will not be traditional. An Aquarian prefers a "you have your life, I have my life, and we have our life together" arrangement. Fire and Air signs are compatible with Aquarius and most people believe their soul mate is someone with whom they have perfect compatibility, but the question remains, does compatibility actually translate to a soul mate?

Within the context that compatibility equals soul mate, Aquarius is unconventional, so it would make sense they're best matched with unconventional partners. Gemini, Libra, and Aquarius are often considered the most compatible with Aquarius because all three are Air signs. As such, these three signs share the same element and fundamentally understand one another. However, it's the Fire signs that can heat up an Aquarian's life and could, therefore, be an Aquarian's best romantic matches.

Traditionally, astrological signs of the same element are said to be compatible. The Air signs are the "mental" signs of the zodiac. An Aquarius can connect with a Gemini, Libra, or another Aquarian on a mental level. While these partnerships can be fun, adventurous, and intellectually stimulating for both, there's likely to be a general lack of intimacy, unless either or both have other planets in Water signs.

An Aquarius and Gemini can bond over TV shows, sci-fi novels, philosophies, and music. They'll laugh, exchange witty banter, and each will appreciate the other's quirks. There's a meeting of the minds and understanding between an Aquarian and a Gemini. Both value their freedom and there's a sympathetic vibration between them that can create sparks in their relationship.

Both Aquarius and Libra are idealistic and socially aware and can be crusaders for truth, justice, and a better world. They also share a fundamentally positive outlook and communicate with each other exceptionally well. However, their styles are markedly different. An Aquarius is a loner with a lot of casual friends. While a Libra actively pursues relationships, has many casual friends, and always wants a significant other at their side. This "we' aspect of Libra can be the downfall to their relationship.

When an Aquarian and Aquarian form a relationship, it's a natural and exciting bond that's founded on mutual freedom. Both have trouble fitting the usual romantic relationship stereotypes and rarely care about the taboos, restrictions, and rules. Live and let live is this couple's motto. Certainly, their duel "whatever works for you" attitude will make their sex life interesting and full of experimentation. However, due to their duel fixed natures, there will be intellectual disagreements that can turn into unpleasant never-ending conflicts. 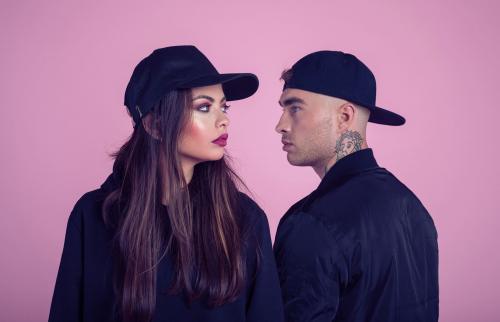 An Aquarian, coupled with the Fire signs, can be an explosive combination. Their sex life will be fiery and electric rather than emotional and even in a committed romantic relationship, Aries and Sagittarius are both willing to give Aquarius plenty of breathing room. The most significant problem with either is that it's a coupling of two freedom-loving individuals who don't want to settle down.

An Aquarius and Aries can create a quirky and unconventional relationship. Both are independent rebels who love exploring and are fascinated by anything or anyone new, engaging, and exciting. Though there will be differences of opinion and heated arguments, neither is so sensitive that they can't get past a few disagreements.

Leo is the Fixed Fire sign of the zodiac. Aquarius is the Fixed Air sign of the zodiac. Is a Leo compatible with an Aquarian? The physical attraction is there but, as with all opposites, they are very different people. In the end, an Aquarian is an egalitarian, and a Leo wants to be seen and treated as special, especially by their significant other. Both are fixed, translated that mean set in their ways, but if one or both have other planets in Mutable signs they could have an amazing relationship.

Aquarius and Sagittarius are both upbeat, forward-thinking, progressive, and open to living an unconventional life. They're kindred spirits who have idealistic convictions, a touch unpredictability, and can accept each other's quirks and idiosyncrasies. 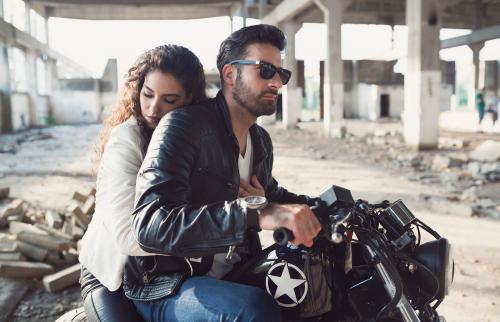 When soul mates meet, there's a familiarity. They are drawn to each other, feel they have known one another somewhere in time, and there's a sense of excitement and anticipation. A soul mate relationship can be bliss in the beginning, but it won't be long before the agony and drama set in. There's potent and intense magic in a soul mate relationship. If soul mates are separated for years, even several lifetimes, there's an irresistible timeless bond.

Many astrologers believe that the Nodes of the moon are the single most powerful indicator of a soul mate connection. You don't need to know the other person's time of birth to find out the sign and degree of their North Node (☊) and South Node (☋). You can calculate a synastry chart bi-wheel free online. The best and easiest connection to look for are planets that are conjunct either Node.

If you find this connection, seeking the services of a certified Evolutionary astrologer can clue you in on what to expect and help you through the emotional struggles that are sure to come.

You have to look deeper than Sun sign to find potential soulmate connections between two horoscopes. Within the context of soul mates, compatibly between two Sun signs is "almost" irrelevant. Soulmate relationships are challenging and force growth and change in both individuals and that's never easy. However, regardless of how long a soul mate relationship lasts, you won't be the same person you were before the relationship.