In this Titanic Astrology interview, Eileen Grimes shares how she analyzed the astrology of the historical events surrounding this famous tragedy. Her book Titanic Astrology: The Grand Design of a Famous Shipwreck , is truly a stand alone when it comes to the key astrological signatures of that fateful ship.

The Beginning: Interest in Titanic

LoveToKnow (LTK): How did you first become interested in Titanic? When did it occur to you that there might be an astrological signature to the event that might affect others?

Eileen Grimes (EG): I came from a seafaring family. My father was a boat designer, and his own father was from Halifax area, Nova Scotia. My great-grandfather was also a shipbuilder and sea captain there (I found it rather amazing that the bulk of the Titanic victims are buried in three cemeteries in Halifax). My own grandfather was there in that area, during that ordeal. I only wish he was still here so I could ask him about that event because I am sure he had memories of it.

I also remember seeing a picture of the Titanic when I was younger, and I was incredibly spooked by it. I couldn't really say why, but the feeling was that this ship was haunted, having somewhat of a negative aura around it. It was almost as if the Titanic had a supernatural aura around it. During its death throes; there were many people that experienced some mind altering moments during that time. There was even a comment that the sky and the water almost merged into one picture, uniting sky and sea. The final picture of Titanic as she sank is one of this ship vertically pointing to the sky, like a giant finger. The images are powerful. They are the images that hit me and compelled me to write another angle to the Titanic story, and they do hit a collective nerve.

That "nerve", if you will, is very raw in those who have this astrological connection. I have interviewed many people who, when asked what they think about the Titanic disaster, react in a real visceral way; either completely drawn to it and fascinated with it like I was, or they completely run the other way, and it scares them. I, too, have that connection in my own chart.

This is probably why there are so many historical societies and conventions on the Titanic. The last survivor who recently passed on, Millvina Dean, was treated like royalty at these conventions. The stories and myths about Titanic have become legendary.

What Is Titanic Astrology? 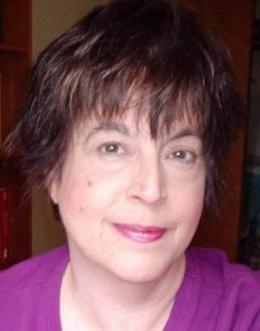 LTK: For anyone that might not be familiar with it, what is Titanic Astrology, and what are the Titanic degrees that you mention?'

EG: My book, Titanic Astrology: The Grand Design of a Famous Shipwreck, is a different perspective on the Titanic disaster; it's done through the eyes of astrology. It took me four years to research, and two years to write it.

I had always found the Titanic a mesmerizing event in history, and I have always been drawn to it. The book wasn't planned, in the beginning. It was something that just seemed to drop out of thin air and take me over for those six years.

The impetus for the book started way back in 1998. I happened to be at an astrological conference, and one of the speakers, Kim Rogers-Gallagher, was speaking about the Titanic and its accompanying astrology. Titanic was a hot topic at that time since James Cameron's movie had only come out a few months before. Her lecture was fascinating, and along the way she gave us some of the key players' birth charts, which I saved. I sort of stored them away for a few months and then got them out to look at them again.

While looking at the charts I had, which included Titanic's captain, E.J. Smith, John Jacob Astor and a few others, I found that all these people had some specific signs and degrees in the Cardinal signs in their charts, the same as the moment Titanic hit the iceberg. The degrees and signs - 19th-24th degrees of Aries, Cancer, Libra and Capricorn -- were held in common by most of the initial charts I found. Eventually, over 75% of those on the ship had planets in their own charts in these degrees and signs. I thought, well, this is interesting, and wondered if this really was a rarity or if it was just a fluke. I discussed my initial findings with some actual scientific types, and they concurred that it was highly unlikely to see such a repetition of the same signatures.

Given that I'm a skeptic until all the votes are in, I decided to try and find as many birth dates as I could to support my theories that this event, from the astrological point of view, wasn't an accident. I eventually found well over 1,000 birth dates - including the companies involved with the ship's construction, the people involved and the people on the ship. The project was extended further when I started connecting with those living today who had a connection with Titanic - actors in films about Titanic, etc. I felt compelled to look at their charts, to see if perhaps these degrees/signs actually showed up there too.

And yes, they did.

LTK: Your book, Titanic Astrology, is a boon for those that love astrology and the history of Titanic. One of the best things about the book is the in-depth chart analysis of many of the crew and passengers that were on that fateful voyage. Do you feel a personal connection to one or more of any of the charts you mention?

EG: Yes, there were many people I connected with. There were so many poignant stories about the lives of the survivors and victims. I wanted to give a personal look at these people, and perhaps where they might have been at the time of the Titanic disaster. The one I connected with the most was Thomas Andrews. He was chief designer with Harland & Wolfe, the shipbuilders of the Titanic.

When I first saw a picture of this man, it was a jolt to my system - I felt connected with him almost instantly. His story was so compelling, and he was so loved by his peers and his employees. He treated everyone with great respect and dignity, and was considering, at the time of his premature death, running for public office. He had the enthusiasm and passion of five people. At the end when he realized he was going to go down with his beloved ship, he stared at the picture above the fireplace in the smoking lounge with all his lifeblood and passion draining away. That story was extremely emotional for me. The story of Thomas Andrews was the one that started me on the Titanic journey of writing my book.

I also loved writing about one well-known first class passenger, Helen Candee, who was on her way back from England because her son had been in an automobile accident. A lovely woman in her late 50's, she defied normal conceptions about age. She had a coterie of men looking out for her whilst aboard, and she was way ahead of her time writing a book about women making a living and not having to be dependent on men. The picture of Helen in my book was done by a local artist, Obadinah Heavner, who happened to catch her at an ageless point. Helen was a truly incandescent woman who would have felt very comfortable living in today's times.

I loved crawling inside and finding out little things about all of them, and I would have loved to have met them - especially Thomas Andrews. 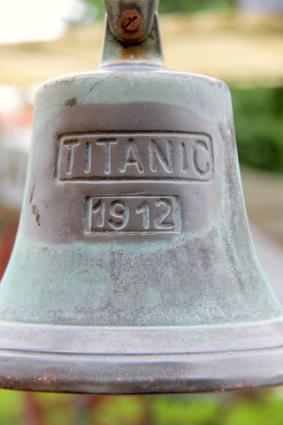 LTK: Why do you think that Titanic continues to resonate so deeply with the public, and moreover, with women in particular?

EG: It would take another book to explain that! It truly was a "shot heard 'round the world" that affected the entire planet. The world plunged into grief and mourning with a huge amount of guilt.

On April 15, 1912, the world changed forever just as it has with our generations' Titanic, the World Trade Center disaster. The Titanic story has showed up no less than 53 times in movies; its story is continually retold, generation after generation. The interest in the story by so many women would likely have its roots in the loss of so many families and children.

With the most recent movie treatment of Titanic, and with the Jack and Rose romance being front and center, the Titanic became even more romanticized than before. I particularly loved hearing about all the "crying parties" after Titanic came out; parties of girls listening to the soundtrack to Titanic and bawling their eyes out. And by the way, James Cameron has the those special degree points very prominent in his own chart, which is why he was able to tap into that collective nerve that is so uniquely Titanic.

LTK: Your readers love the fact that you were able to marry a historical event with the art of astrology so beautifully and eloquently. Do you have any plans to write a book in a similar vein?

EG: I have been thinking about a book in a similar vein as Titanic, about the World Trade Center disaster, but my feeling is that it's too early to tackle this still very sensitive subject. I have started some preliminary research on this, but will give it a few more years before I tackle it. The compilation of birth information will be a huge task. I plan on looking at everyone involved with this event which includes, of course, all the victims, the fire departments, police departments and city governments involved.

At this moment, however, I am hard at work on my first novel which will be a quirky romance about an astrologer that is trying to find love in all in the wrong charts.

EG: One of the main points of my book was to share the process of discovery I went through in writing it. In that process, I found out that the process of writing was more important than the actual result, although I'm very happy with how it turned out. However, when you realize you're guided by something larger than yourself and sometimes cannot explain why - only that you need to do something - you find out truly what you're made of, and add a lot to the abilities and skill sets you already possess. You also develop a sense of deep faith in the process of living and finding yourself. Follow your heart, and the rest will follow.

LTK would like to extend a special thanks to Ms. Grimes for taking time to answer questions about her work and this fascinating subject.