Astrology is making it big online and Susan Miller is the grande dame of online astrology. Her monthly horoscopes, published at Susan Miller's Astrology Zone, have made her the astrological darling of the millennials and Gen Z who excitedly log in at the first of each month to read her words of wisdom. Was such astrological eminence foretold in Susan Miller's birth chart?

Susan Miller on Her Birth Chart

Susan Miller has always been shy about divulging her complete birth data; however, she's referred to it in various interviews.

In these statements, the signs on the angles of Susan's birth chart were revealed, as well as her Sun sign, Moon sign and Uranus on her Gemini Ascendant. All of this seems to confirm the accuracy of the chart below.

Sy Scholfield, an astrological data researcher, has given Astro-Databank an "A" rated (from memory) birth data for Susan Miller, who was born March 7, 1947, at 10:30 am in Manhattan, New York. 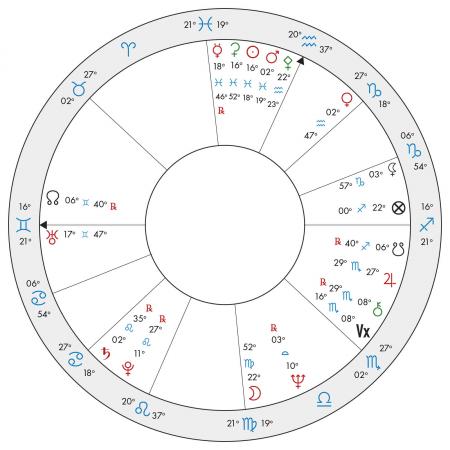 Evolutionary astrology speaks of your soul's mission in the current life. In evolutionary astrology, the Lunar Nodes reveal your life path, while the planets, signs, aspects, and houses flesh out your life story. Susan Miller was born with the South Node (☋) in Sagittarius and in the 6th house and her North Node (☊) in Gemini and in the 12th house.

Born to Communicate Her Innate Wisdom

Susan's life journey was to open up to her spirituality and imagination (12th house), go beyond the rational mundane world (6th house), step into the magical and the mystical (12th house), and convey its complexity (Sagittarius) in everyday language (Gemini). From birth, Susan's happiness, as well as her worldly success, was to include writing, teaching, and communicating (Gemini) her wisdom (Sagittarius) to others. It was Susan's good fortune to have a had an early life and birth chart that supported her soul's mission in life.

The Ascendant (rising sign) is the most personal part of a birth chart. It's considered a significant factor in shaping the first impression you make on others. Susan was born when Gemini, the airy and witty astrological sign of communication, was rising. This indicates that Susan has a youthful appearance as well as the lively, chatty, and light-hearted manner that charms everyone she meets. However, Susan's Ascendant is much more complicated than Gemini alone, and here's where it gets very interesting, career-wise. 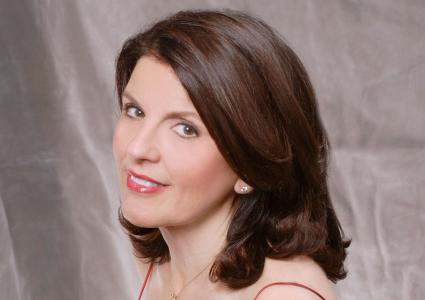 Astrological Fame on the Internet

Planets on (conjunct) the Ascendant have greater strength and become an intricate part of a person's persona. Susan was born with both the planet Uranus (♅), correlated to both astrology and the internet, and the fixed star Rigel in Gemini were rising on her Ascendant. The fixed star Rigel is said to give good fortune, riches, and eminence. Rigel, holding hands with Uranus, the ruler of her 10th house (career and social status), sitting on the Ascendant, indicates that Susan's persona is intimately tied to a career that would be out of the ordinary that would bring her eminence. In Susan's bio, this has translated to astrological fame on the internet.

The Ruler of Susan's Gemini Ascendant, Mercury (☿) in Pisces retrograde (Rx) in the 10th house and conjunct her Pisces Sun. Both Susan's Pisces Sun and Mercury are square (challenging) everything on the Ascendant. This says that Susan's vitality (Sun) as well as her predisposition to lead and influence others (10th house) with the spoken and written word (Mercury), is supercharged (square Uranus). It's also an indication that her mind is imaginative and fanciful (Pisces) and that she may have had some difficulties making herself understood (Mercury Rx).

Susan's Mercury Rx and Sun are opposite her Virgo Moon. The Moon in a birth chart, among other things, represents your mother. Susan says: "My mother taught me clear communication." This is confirmed by her Mercury/ Moon opposition. Her Moon is also square her Ascendant, Uranus, and Rigel, forming what's called a mutable T-Square. This says that was Susan's good fortune to have a mother who taught her to adapt to changing circumstances as well as how to learn vicariously by observing and seeking to understand the people and the world around her.

With Mercury Rx, Susan is an independent and innovative thinker, who may express herself better in writing than with the spoken word. Why? Because her mind is turned inward and writing gives her time to process what she wants to say, turn everything over in her mind, edit and reorganize the information she's sharing so it can be better understood. 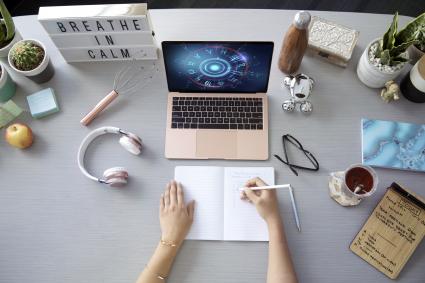 With Aquarius on her Midheaven (MC) Susan is original and forward-thinking. This also says something about why Susan adamantly defends astrology as a science. While all of this has helped Susan achieve her goals, it's also another indication that her primary goal in this life is to share her wisdom, advice, and knowledge with anyone who needs it, and in doing so, aid in changing their lives for the better (Aquarius MC). However, her Aquarius MC, with its ruler Uranus on her Ascendant, also says that Susan would break with tradition and communicate astrology in an unconventional way.

At a time when the internet was in its infancy, and most professional astrologers were still sitting face to face with private clients and downing Sun sign astrology as fluff, Susan broke with tradition and began writing voluminous, non-gender specific, and in-depth Sun sign horoscopes online. Susan Miller has hosted Astrology Zone since 1995, but it wasn't until after the turn of the century when younger people began to take astrology seriously, that all her work paid off. Now Susan's amazingly accurate and optimistic Sun sign horoscopes draw worldwide readership and have made her the world's most-read and relied upon astrologer.

Skills As a Counselor

It was Susan's health crisis in childhood that led her to study astrology with her mother. Interestingly, the fixed star Nashira is on the Midheaven of her Birth chart. Nashira foretells "overcoming evil, which is turned to success." Nishira also suggests that Susan would be a skilled counselor with an innate understanding of human nature.

Susan's sensitive and intuitive Pisces Sun in her 10th house (worldly recognition) indicates she will shine in a career that involves helping others. However, her Sun is also in a square (challenging) aspect to Uranus, Rigel, and her Ascendant. This tense square confirms that it's not been easy to get to the top and that her vitality has been a bit shaky and unstable at times, but that good fortune (Rigel) was on her side.

Other Indicators of Unhappiness

Susan has Saturn (♄) in Leo Opposite Venus (♀︎) in Aquarius. This is an additional indicator of unhappiness and a generally slow start in life. This aspect of Susan's Birth chart speaks of the feelings of loneliness, isolation, and inhibition, which is what she must have felt as a child growing up in hospitals. 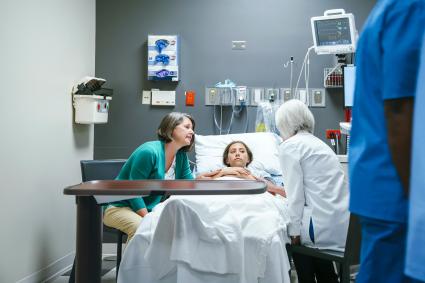 Susan's Venus in Aquarius is on the fixed star Dabih, in constellation Capricorn. Dabih rules the center of the calf of the left leg, and in medical astrology, an afflicted Venus can predict problems with venous circulation. Curiously, it was a severe malfunction of veins and arteries that caused massive internal bleeding in Susan's left leg that hospitalized her repeatedly as a child and led to her study of astrology.

Although Susan had a slow start (Saturn), she has learned to handle this tough opposition in her career. She's a teacher and a wise mentor (Saturn), plus, she's also worked hard (Saturn) to become a star (Leo) by promoting herself, as well as by writing about what she loves and values (Venus) which is using the planets to help and guide her readers.

With Venus (money) opposite Saturn (the taskmaster) Susan had, from birth, the potential for wealth (venus) that would be earned through hard work and determination (Saturn).

As a child, Susan's mother, who was a learned astrologer, told her that because she had a Gemini Ascendant, she was going to write. However, because she had an Aquarius Midheaven "some newly invented form of communication, so new we don't know the name of it yet, will change the way you work and will be the way you make your ultimate contribution to the world."

Born to Be an Astrologer

There's so much more about Susan's life that can be gleaned from her birth chart, but looking at it from a career perspective it's clear that all of Susan's life' journey has taken her down the path she was born to take. You could say that Susan is happy and fulfilled in life because she's living the life of a philosopher (Sagittarius South Node) and writer (Gemini North Node) who uses astrology (Uranus and Aquarius) to connect on a spiritual level (Sun, Mercury and Mars in Pisces) with others. It seems that Susan was destined to be a writer who would use the astrological planets as prompts and her friendly, chatty writing style to give kindly advice on living to millions of loyal online readers.

To Live Is to Experience

As you develop from infancy to adulthood, your experiences are interwoven into your horoscope. There's a nature/nurture element when a professional astrologer sits, listens, and talks with a client. Although there are exact principles in operation, how they are expressed and the experiences they bring will vary, depending on the environment in which the person is raised. When an astrologer knows something about your life story, the chart comes alive. Susan Miller's mother was well versed in astrology, aware of her daughter's potential as well as her condition and she had Susan's birth chart to guide, inspire, and give her faith that Susan would recover and go on to make a contribution to the world. Susan Miller has repeatedly given her "Little Mom" credit for all of her success.