Many people find comparing Sun signs is a good way initially to determine relationship compatibility. In traditional astrology, Gemini, Libra, and Aquarius are signs that said to be the most compatible with Aquarius, but it's the fire signs that are the best love matches for an Aquarian.

Air and fire signs actually cheer each other on and promote harmonious growth in each individual, as well as in the relationship. When these signs come together there's a melding of mind (air) and body (fire) that bodes well for a long-term, fulfilling love affair.

An Aries and Aquarius create a zany, unusual, and unconventional couple. Neither wants to be labeled or put in a box, and neither yearns for a mom, pop, and the kid's lifestyle. They're both extremely independent and will immediately recognize and appreciate that trait in each other. Plus, anything an Aquarian can think of an Aries is up for. Theirs can be a sexually hot, exciting, long-lasting, even groundbreaking relationship if each gives the other the freedom they crave.

An Aquarian and a Leo both have singular personalities and lots of friends. A Leo loves that an Aquarian allows them to be the center of attention, while the more aloof and serious Aquarian is drawn to Leo's exuberant childlike attitude. Leo finds Aquarius mesmerizing, and their individuality and quirkiness intriguing. Plus, there's a lot of sexual chemistry. They are two creative and confident individuals who can inspire one another in every way. The problem here is sustainability. As a couple, they'll need to work together to understand their different needs

Aquarius and Sagittarius is a very creative coupling. Both are funny, plus they share a uniquely odd sense of humor, are amused by life, are very amusing to one another. In fact, this pair will laugh at things that seem obscure to everyone else. They both love change and surprises and are ready to jump in bed or pick up and go at the drop of a hat. They are a highly compatible, love on the go, and fun couple. Sagittarius is the best fire sign love match for Aquarius. The only problem may be settling down and sorting out mundane responsibilities. 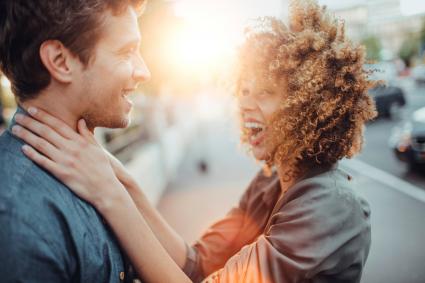 Aquarius is considered to be compatible with other air signs. While it's true, they have an easy relationship as zodiac signs, it's always important to remember that zodiac signs are not people. When two air signs get together, they have an intellectual understanding of one another, but the relationship will be more cerebral than passionate or emotional and the two can become complacent and fall in a rut. In truth, they make better friends or friends with benefits, because they tend to fall "in like" with one another rather than "in love."

Aquarius and Gemini both love to socialize and have similar skill-sets are similar when it comes to communication, Both need excitement and change, but has difficulty expressing emotions. Gemini may flit from one project to another, but Aquarius will tag along in hope of discovering something new and exciting. This can be an ideal relationship since Aquarius has an attitude of "live and let live." If anyone can understand a Gemini's unquenchable need for freedom, it's Aquarius. Plus neither will need to worry about jealousy.

Gemini adores Aquarius's originality, creative spark, and brilliant mind that never stops whirling. These two eclectic personalities are like magnets that attract friends from a broad range of backgrounds and interests, and they can be just as comfortable attending a corporate soirée as they would a New Age convention. Change is a Gemini's mainstay, and Aquarius loves the unexpected almost as much as Gemini.

Fun and Games in the Bedroom

For an Aquarian and a Gemini, sex is cerebral, rather than emotional or physical. Sexual curiosity and experimentation, as well as fun and games, keep their time together in bed from becoming boring. However, the lack of emotional engagement won't matter because they're both of the same minds and neither deals well with the emotional aspects of a love affair.

Libras are the more sensual of the three air signs. An Aquarian and a Libra make a highly compatible pairing. Each has his or her own brand of charisma that attracts friends and each is the other's perfect social partner. As a couple, they are friendly, creative and awe-inspiring. An Aquarian and Libra might start out as friends with benefits but this is a coupling that can produce enough passion to ignite a romance that can evolve into a long-term committed relationship.

Both Appreciate the Finer Things

A Fun and Carefree Match

Aquarius will admire Libra's ability to see both sides and how they easily size up situations. Aquarius isn't the jealous type, but that doesn't mean Libra's flirting goes unnoticed. As long as a Libra doesn't take the fun beyond what is acceptable in a committed relationship, they are free to flirt to your heart's desire.

An Aquarius/Aquarius love affair can bring an Aquarian an understanding of themselves like nothing they've ever known. Two Aquarians lack the ability to connect with each other on an emotional level, and they're both idealists and independent thinkers, which can present problems when their ideals differ. For an Aquarian, this can almost be like having a relationship with themselves. There's a lot that can go wrong when two freedom-loving, stubborn idealists form a relationship.

Two Aquarian's lack of sexual prowess is not likely to be an issue. Sex is okay, and each can either take it or leave it without any problem. That's not to say they'll have a boring sex life - far from it. But their sex life won't have the depth of emotions or passion that other lovers expect and need from one another.

Instead, when an Aquarius and Aquarius get together their energies will be spent toward getting out into the world and sharing their big ideas. They'll take up causes together and become a formidable team for making the world a better place while having fun in the process. 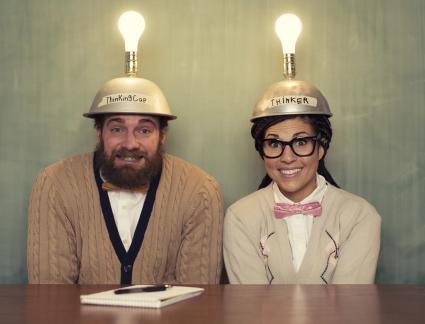 Other Signs and Possible Matches for Aquarius

The other nine signs are divided into three groups of fire, water, and earth.

Cancer, Pisces, and Scorpio are just too emotional for Aquarius. Air is elusive to water and skims over the water's surface. Eventually, air will create a water spout or a full-blown hurricane.

The earth signs Taurus, Virgo, and Capricorn try to hold on to the wind, but independent freedom-loving Aquarius will eventually break free either in a dust storm or a tornado.

While Sun signs are a start, there are other planets and points to take into consideration when determining compatibility between your birth chart and another person's. This includes pivotal signs such as rising signs and the signs of the Moon, Venus, and Mars. But perhaps the most important factor is that who you fall in love with is unpredictable and what astrology is best at when it comes to a relationship is in finding commonalities and in helping you turn the incompatibilities into something positive or desirable.