A Sagittarius woman is fun, fearless and full of life! With a big smile on her face and a gleam in her eye, she's a free-spirited woman who is passionate, bold, sexy, and always on the lookout for the next thing that will light her fire.

To fully understand a Sagittarius woman, one needs to understand the role of Sagittarius in the zodiac. Sagittarius is the Universal, Mutable, fire sign that's ruled by Jupiter and correlates to the ninth house of the zodiac; the house of higher learning and culture. Sagittarius has its eyes on the world and spreads itself around gathering and expanding knowledge. This is important to know because all Sagittarius women have an ever-present wanderlust and thirst for knowledge.

A Sagittarius woman is a carefree dancing soul who's blessed with the joy of life and a joy to be around. She's friendly, non-judgmental, never meets a stranger, and can talk about anything and everything from sports to politics, and religion to metaphysics or philosophy. She's a great storyteller who's also interested in the stories of others.

She's a candid, honest, and straightforward woman. Some individuals will find her refreshingly honest while others are likely to find her overly blunt. She's an ethical and opinionated woman with high moral standards, and there are times when her mouth gets her in trouble. At her worst, she can be a tactless "know it all" who gives her opinion and dispenses advice whether it's wanted or not.

She's a woman who's naturally curious and constantly learning and soaking up information everywhere she goes. She has a knack for seeing the ridiculous as well as a talent for observational humor and sarcasm that can keep those around her in stitches and make her the life of any party.

A Need for Adventure

She's a curious adventurer who has a thirst for knowledge. This is a woman who heeds the call to visit faraway and exotic places and people. Even if she can't travel or attend universities and have far-ranging discussions with learned others, she'll have a questing mind. She'll read, spend time online, and explore the people and places nearby in her quest to understand the world she lives in. 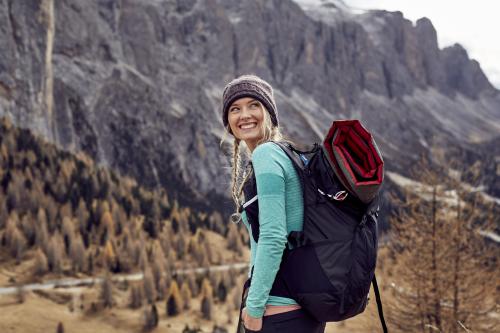 If you're a friend, lover, or significant other of a Sagittarian woman you probably already know that she's spontaneous and fun, restless and impatient, and that her ability to go, do, and be is of utmost importance to her.

Speaking strictly of Sun signs, the best match for a Sagittarian woman would be individuals who have their Sun in a fire sign (Aries, Leo, and fellow Sagittarius) or in an air sign (Aquarius, Gemini, and Libra). However, this is not a hard and fast rule, and the individual charts of both people need to be taken into account in order to determine whether it will be a successful romantic pairing.

Who Attracts a Sagittarian Woman?

She's attracted to individuals from a different culture or who are at least foreign to her in one way or the other. However, they also have to be fun, casual, easy going, intelligent, interested in the world around them, and willing to share her adventures.

A Sagittarian Woman as a Friend

She's a good time gal who's broad-minded, accepting, and up for anything. She has a lot of friends, is the life of any party, and is always mixing it up to keep life interesting. She knows all the fun places to be and will be constantly introducing you to new and interesting people and places. 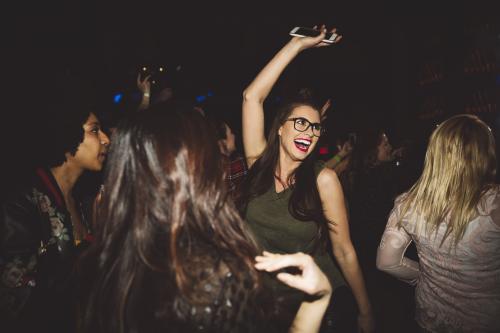 A Sagittarian Woman and Sex

A Sagittarian woman is not a touchy, feely, affectionate gal, but she has a life-affirming, anything goes, sex-positive attitude. However, to know more about love romance and physical intimacy, you'll need to check out sign placement for the planet Mars and the planet Venus in her birth chart.

A Sagittarian Woman as a Life Mate and Mother

A Sagittarius woman is not into cozy domesticity. Taking a life partner and becoming a mother are giant steps for her. It's not something she does lightly, nor is it something that will change her. She'll still be an on-the-go, cheerful, optimistic, and free-spirited woman, and she won't let marriage or motherhood slow her down. So, her life mate and kids are in for a fun, adventurous, and educational ride.

A Sagittarius woman needs an occupation that gives her plenty of intellectual and physical freedom and allows her to come in contact with people from all walks of life. She would excel as an entrepreneur, salesman, travel agent, motivational speaker, or as a psychologist, professor, lawyer, or perhaps even as an entertainer. 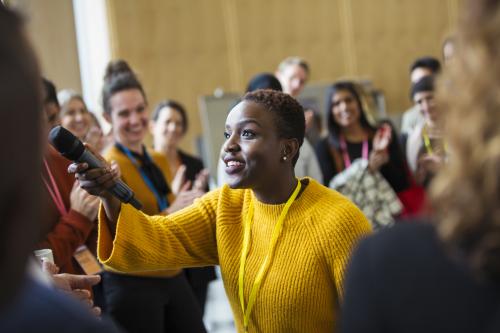 For a little inspiration, below are some bold Sagittarian women who are living life their way.

Luck and the Sagittarius Woman

A Sagittarian woman is extremely confident; failure is not in her vocabulary. These are women who seize the day, roll with the punches, smile, laugh, look to the future, and make things happen. One of the best things a Sagittarius woman has going for her is that she had the great fortune to be born a daughter of the benefic planet Jupiter, and luck seems to always be on her side.

19
Comments
© 2006-2020 LoveToKnow, Corp., except where otherwise noted. All Rights Reserved.
What a Sagittarius Woman Is Like