Sagittarius is undoubtedly one of the more colorful members of the zodiac, and there are various legends associated with this sign. Learn about the centaur and the archer, and see why Sagittarius is such a character.

The centaur is one of the most fanciful of all the zodiac representatives. A mythical creature that combines the head and upper torso of a man with the body of a horse, the centaur has enjoyed a rather dubious reputation.

On one hand, these creatures were portrayed as sexual predators obsessed with exercising their passions on unsuspecting females. They were also said to have a love for drinking, fighting and carousing across the countryside whenever and wherever the mood took them. In other accounts, centaurs were filled with wisdom and a passion for philosophy that they were willing to share with humans and gods alike. These two distinct natures of the centaur are perfectly represented in the half- human, half-animal creature. Each side seems to vie for control.

The centaur is associated with various old world legends. One such legend from the Greeks surrounds a centaur known as Crotus. Crotus was believed to be the offspring of a union between Pan and Eupheme. He was either a half-brother or foster brother to the nine Muses. By most accounts, Crotus was actually more of a satyr than a centaur. He had just two legs, those of a goat, and a horse's tail. It's believed that Crotus created the first bow by bending a piece of wooden and securing one end to the other with a string. This part of the legend gives rise to another portrayal of Sagittarius as an archer. Crotus is also attributed as the originator of clapping to show appreciation at the end of a pleasing performance, a habit he took up while being entertained by the Muses.

The Legend of Chiron

The Romans told the story of Chiron, another famous centaur believed to be associated with Sagittarius legends. Chiron was actually the king of the centaurs and a more noble beast than the randy revelers centaurs have often been portrayed as. It's also said that he was the son of Saturn and a half-brother to Zeus. Chiron was well educated and served as a tutor to the young hero Jason prior to his quest for the golden fleece. Chiron also was responsible for influencing the warrior Achilles as a youth, teaching him important skills and helping him develop that famous strength that would make him nearly invincible until a single arrow found the one vulnerable point in his heel and brought him down.

There is some debate whether Crotus or Chiron is rightfully associated with Sagittarius, with most scholars recorded in favor of Crotus and instead assigning Chiron to the constellation of Centaurus. The following legend explains why.

As mentioned earlier, other Sagittarius legends give rise to this sign often being portrayed as the archer. Aside from the legend of Crotus, this association also goes back to the story of Chiron. As the legend has it, Chiron was accidentally struck by a poisoned arrow let loose by the mighty Hercules while trying to rescue Prometheus. Although Chiron was an immortal, the injury caused him untold suffering. Unable to escape the unbearable pain or endure the wound eternally, Chiron willingly gave up the gift of immortality and bestowed it upon Prometheus.

The great god Zeus, wanting to memorialize the noble Chiron, decided to give the centaur his own constellation of stars. This way Chiron would be remembered whenever people contemplated the heavens. As circumstance would have it, Zeus included an arrow in that constellation, and so the centaur and the archer have been recorded together as one. 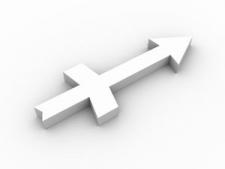 Many Sagittarius legends abound. Some often overlap from one culture to the next, but there is no doubt that the core of these tales provide a backdrop for a sign that is often recognized as the most adventurous and somewhat brash traveler of the western zodiac.