Mysterious, and often difficult to fathom, Pisces men are attractive to many and close to few. The twelfth sign of the zodiac is the sign of the fish, and it's ruled by the planet Neptune. Understanding some of the basic characteristics of Pisces males can be beneficial in relating to them.

The Look of Pisces Men

Pisces men come in all shapes, heights, and colors. Some are classically good-looking, others not so much, but physically most tend toward average. Combine "average" with their calm, elusive, and quiet demeanor and it's almost as if a Pisces man is genetically predisposed to stay camouflaged. But what they do have in common is a flowing way of moving and soft, dreamy, tender and empathetic eyes with long eyelashes and an almost melancholy look that can melt your heart. A Pisces man's eyes and demeanor say more than his words ever will.

Men born under the sign of Pisces are on a quest for a kinder more loving world. Their charming, relaxed manner and their ability to see the best in others makes them attractive to most people. A Pisces man is:

People will often look to a Pisces man as a shoulder to lean on and it's his natural instinct to help, however, he's a sensitive man who can easily be overwhelmed by the problems of others.

When Pisces man is feeling overwhelmed, he will seek solitude to rest, recuperate, and sort out his thoughts. When his mind is clear, he's at peace. However, even in the best of times, a Pisces man enjoys his "Me time." So, give a Pisces man space and time on his own and he'll come back refreshed and loving. A Pisces man is fluid, evasive, and can't be controlled and if you hang on too tightly, he's likely to slip away forever.

A Pisces man's sensitivity can lead him to want to escape everyday reality. Many Pisces men struggle with drug and alcohol addictions due to their escapist tendencies. A Pisces man doesn't stop to consider his own mortality and frequently doesn't take very good care of himself. Moderation and exercise are two words that are often foreign to a Pisces man, but when practiced can contribute to his emotional and physical well-being.

Pisces are very interested in mysticism and the spiritual unknown. Their spiritual life allows them to escape the mundane world they live in and create the type of utopian world they dream of. This tendency can play out in several key ways:

On a more positive note, this inherent love of mysticism and the spiritual world also feeds his creativity and often leads him to be highly artistic and altruistic as well as have a deep of love meditation or any spiritual practice that aids him in feeling more connected to the universe as a whole.

The Pisces Man in Love

The Pisces man is passionate and romantic by nature. This makes a love affair with him very satisfying. He will happily cater to your wants and making you happy is of the utmost importance to him. 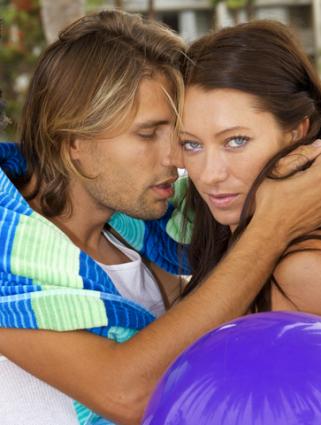 However, Pisces men often see their romantic partner through rose-colored glasses. He expects his lover to be compatible on a spiritual and intellectual level and can become disillusioned when he discovers that the one he loves has flaws and shortcomings. When this happens, if the relationship is based solely on physical attraction, it's not likely to last long.

A Pisces man idealizes romantic love and longs for the euphoric feeling of closeness, fulfillment, ecstasy, merging and becoming one with his lover. Pisces men are:

Sex with a Pisces man is a spiritual adventure as well as a sensual delight. He's not shy in bed and his partner is likely to be surprised at what he dreams up.

Pisces men don't seek wealth, power, or status in their careers, and because they can't bear to be controlled, you won't often find them in 9-5 jobs. They are men who follow their passion and are often successful in career fields related to creative arts or in helping and serving others.

Pisces men are imaginative dreamers who love to create and often work in the arts, including such fields as writing, painting, photography, music, dance or the film industry.

Due to the kind heart and helping nature of Pisces men they are also drawn to careers as nurses, therapists, social workers, teachers, doctors, and public servants.

Easy to Love, Difficult to Know

Pisces men are mysterious, easy to love, often difficult to understand and each one is a bit different related to their entire birth chart. However, consider yourself blessed if you have one in your life. His idealism and altruism can be inspiring. Perhaps his extreme sensitivity, his occasional all-consuming melancholy, and his elusiveness are the greatest hurdles you'll need to overcome. Still, these dreamy guys are definitely worth the time and patience it takes to nurture a meaningful relationship with them.