A Pisces man is a romantic dreamer who's elusive and difficult to understand. A Capricorn woman is a wise and understanding woman who's quiet and astute with a mysterious personality. Both are cautious when it comes to love but when they fall in love magic can happen.

The Beauty of a Pisces Man With a Capricorn Woman

Capricorn is the Cardinal Earth sign; Pisces is the Mutable Water sign. In the world of nature, earth contains water and directs its glow, while water softens, nourishes, and reshapes the earth. Earth without water is parched and barren, which means that regardless of how passive a Pisces man might seem, he's the fueling force behind this relationship.

A Pisces Man Is Romantic

A Pisces man is romantic, and he'll bring out the romance in a Capricorn woman. He'll show her love and make her feel very special with a continual display of affection, and all of his loving attention will soften a Capricorn woman and teach her how to show love and affection in return.

A Capricorn Woman Is Pragmatic

A Capricorn woman is a pragmatist who sees things as they are, while a Pisces man is a dreamer who often sees things and people as he wants them to be. A Capricorn woman can be his reality check, separate the fanciful from the doable, and help him plan out the best way for him to realize his dreams. He, on the other hand, can teach her that dreams are a prerequisite to accomplishment.

The major problem that these two could have is the Capricorn woman's strength, tenacity, and willingness to take care of her gentle, sensitive and malleable Pisces man. This can set up a codependent relationship in which there's an unconscious agreement that she will be strong so he can be weak. Which leads to them to become overly dependent upon each other. This problem can be handled early on by taking breaks from each other, establishing boundaries, and gaining a mutual understanding of their natural inclinations. 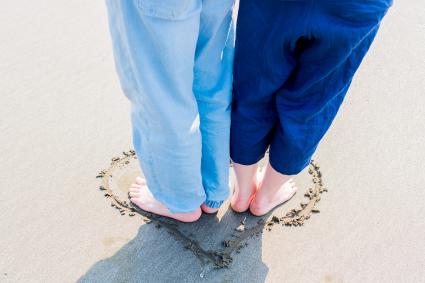 A Pisces man and a Capricorn woman are both quiet, gentle, and private individuals who have similar values and attitudes so being best friends is easy. Friendship and communication will be the foundation of any relationship between a Pisces and Capricorn.

Friendship is easy, but a Pisces and a Capricorn are both cautious when it comes to love. So, while they are drawn to each other, a Pisces man doesn't want to be tied down, and a Capricorn woman doesn't want to make a mistake, so progress will be slow as they date and take their time and get to know one another. It will be up to the Pisces man to dream up romantic scenarios that can get them past the buddy mode.

Both view marriage as a lifelong union. A Pisces man is romantic, and that doesn't end with a marriage. He'll cherish time spent with his solid Capricorn woman, and she'll never want for loving attention. This will only make her more adoring of him and happier with him, and she'll reciprocate all that he does for her. As life mates, a Pisces man and Capricorn woman have a supportive bond and mutual trust. They awaken the best qualities in each other and share a healthy intimacy. Together they are the perfect blend of stability, trust, and emotional excitement.

As a parent, a Pisces father understands his kids, can communicate with them, and intuitively knows what each child needs. He's adaptable and understanding, but also permissive. A Capricorn mother makes sure her children have all they need to succeed in life, sets rules and boundaries, and is a "mother knows best" type of mom. If they parent together, their children will have all their needs met. They will have love and affection as well as consistency and rules. A Pisces dad and a Capricorn mom are a great team, who can raise children who become emotionally healthy and responsible adults.

The Sun is the center of your being and one of the most important placements in your birth chart, but it's always wise to remember there's more to astrological compatibility than Sun signs. Are your Moons compatible? How about Venus, the planet of love or Mars, the planet of passion and desire? The birth chart of one individual is complicated, and when two individuals come together in a relationship, there's twice the complication. Still, knowing how two Sun signs interact is a good start in understanding the dynamics of any relationship.