A Libra woman is one the most intelligent, coquettish, charming, and friendly women of the zodiac! She embarrasses elegance and femininity but also has a wild side. She an intellectual who's also a romantic idealistic. She's an agreeable woman who also continually rocks the boat. With so much going on inside her it's not difficult to understand why she's so confusing.

The Two Sides of Libra Women

The "Balance Scales" are the symbol for the astrological sign of Libra. So, it's fitting that a Libra woman has two distinct sides to her personality that work together to get what she wants.

The Debutant and the General

A Libra woman is gifted with charm, tact, and flirtatiousness and knows how to wield these to her greatest advantage. Few can resist the charms of a Libra woman; however, she also has a commanding General hidden inside of her. FYI, the sign Libra rules military Generals! How does she balance there two natures? A Libra woman won't bark orders like a drill sergeant; she'll be matter-of-fact and diplomatic and use charm, finesse, and gentle persuasion to get others to follow her orders.

Positive Attributes of a Libra Woman

A Libra Woman was born to interact with others and understand life from differing perspectives. She's a cool, intellectual woman who thrives on partnerships and strives to maintain peace and harmony in all her relationships.

Libra is a social sign; its ruling planet is Venus. A Libra woman's charming nature can't be overstated; it's central to her personality and what draws others to her. Although all Libra women are not traditional beauties, they all have a glow about them that others find attractive. 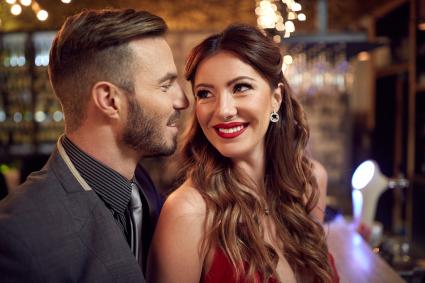 Libra is a lofty Air sign. Which means that when dealing with others a Libra woman has an intelligent, lawyer-like mind and is a natural mediator who can objectively see the many sides of an issue and can intelligently argue them all.

Libra is symbolized by the Scales of Justice. True to this symbol a Libra woman has a sense of right and wrong, and when she sees someone has been done wrong, she's always ready to make it right. Yes, there is also a defense attorney and a social activist hidden inside every Libra woman.

Libra is one of the Cardinal signs of the zodiac and due to her Cardinal nature a Libra woman is a natural leader and trendsetter, who's gifted with many creative ideas and the energy to get them off the ground.

A Libra Woman's Most Unattractive Qualities

Of course, a Libra woman has both positive and negative personality traits, and every Libra woman is usually a mix of both.

A Libra woman can be vain, superficial, selfish, self-indulgent and blow through money showering herself with beautiful clothes, accessories, and other "beauty accouterments" that catch her eye.

A Libra woman can be indecisive and unreliable. She may decide on one thing, big or small, and then immediately question her decision. She can continually vacillate about "this or that" and is prone to let others make her decisions and then to begin arguing for the opposing option immediately.

A Libra woman avoids outward unpleasantness. So, when she gets hurt or angry, she'll be clever, cold, and devious, and she will get even in her own passive-aggressive way.

A Libra woman is extroverted and optimistic which can lead to fun and enjoyable personal relationships; if she can keep her negative qualities at bay.

As a friend, a Libra woman's kind, gentle, friendly, and agreeable manner enables her to make new friends easily and to maintain her long-lasting friendships.

A Libra woman believes in true love and has an incurable optimism when it comes to romance. She excels at romance and creating just the right conditions for love to bloom as well as recreating circumstances that keep love alive. Plus, she's a gifted sexual partner who's both passionate and wild and has a need to please.

The romance and passion do not end when a Libra woman marries. She'll make the marriage light, airy, and fun. She'll always listen to her partner's point of view, weigh what they say, but she also considers marriage a partnership of equals, and though she will easily let her partner have the final say, she believes every decision should be a joint decision.

As a mother a Libra woman won't sweat the small stuff; she'll relax and have fun with her kids. Her wish for her children is that they are the happiest, most courteous and most well-adjusted kids on the block. She'll also expose them all the best and most beautiful life has to offer.

A Libra woman has a calm and equable temperament and thrives on inter-personal dealings. She's a team player who is enthusiastic, friendly, easy to get along with and knows how to say and do the right thing to make everyone comfortable.

The Most Important Thing to Know

Every Libra woman is more than her Sun sign, she's the sum total of the planets, the houses and other important components of her entire birth chart. However, if a woman's Sun is in Libra and you want to be her friend or more, the most important thing to know is that, regardless of the rest of her birth chart, she's a woman who won't tolerate rude, crude, unfair, or unethical behavior in any of her relationships.