As the cardinal air sign, a Libra's personality is very much about relating to others. They are often considered the nicest, most charming people in the world, and they are a favorite of almost everyone they meet. Librans are at their best in harmonious relationships, and it's in their interactions with others that both the most positive and negative traits of Libras can be seen.

Libras are noted for their social skills and make highly popular guests at parties due to their charming, communicative, and easy-going natures. Pleasant interpersonal connections are very important for a Libra, and they have an uncanny intuition when it comes to the motivations and potential of others. Because of these positive qualities, a Libran can be counted on to smooth hurt feelings or fill awkward pauses in a conversation at any gathering.

Librans have the ability to listen to differing points of view with a great deal of patience. This trait makes them wonderful mediators who are able to concentrate on the what's being said and encourage fair solutions.

Libras have a pleasing manner and are acutely sensitive to what is proper and appropriate in dealing with others. This allows them to give difficult feedback, communicate sensitively, and say the right thing to preserve a relationship.

Librans are in love with the idealistic nature of love. They believe in a true love. Their idealistic nature allows them to have an incurable optimism when it comes to romance and to be very skilled at creating the conditions for romantic love as well as recreating those circumstances when their relationship begin to fall apart.

Libra's kind, gentle, and mild manner enables them to develop the long-lasting friendships and bonds with others that are so important to their sense of self.

Libras have more fun and enjoyable personal relationships, and are more openly passionate in their romantic relationships.

Libras are great with friendly banter, creative with their ideas, and can quickly come up with ingenious but fair and logical solutions to problems. These abilities allow them to hold their own in any conversation and respond with a quick wit in unexpected ways.

Creative, enthusiastic and lively, Libras are open-minded and have a contagious zest for life that allows them to interact with and inspire all sorts of people in extraordinary ways.

Most good Libra traits and characteristics have an equal and opposite bad trait or characteristic. For example, someone who is spontaneous (good) can also act impulsively (bad). So, despite the fact that Libra is striving to develop many positive personality traits, it's that effort that makes Librans vulnerable to the negative.

Libra's easy going peaceful nature (good) make them vulnerable too giving too much of themselves (bad). Though not easily swayed by emotions, they are prone to letting others change their thinking and can waver when it comes to keeping a promise (bad).

While this trait allows Librans to react calmly to highly emotional circumstances and individuals (good) combined with their peaceful nature (good) it can also blind them to the harsh realities of life (bad).

Librans can lose their cool, separate people, and create conflict (bad), often in order to sharpen their skills in diplomacy (good). As a result, they may find themselves surrounded by conflict that's often of their own making (bad).

Librans have a refined sense of beauty (good) but can get so carried away with outer beauty that they neglect to cultivate their own inner beauty (bad). 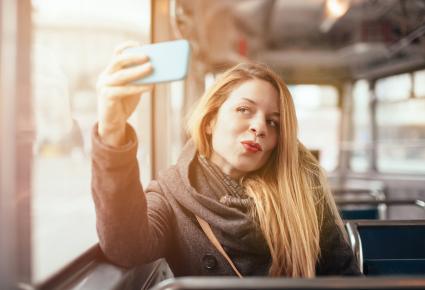 They love the finer things in life (good), and this can lead to being extravagant and self-indulgent in pleasing themselves (bad).

A Libran's natural aversion to conflict (good) leads them to avoid any sort of outward ugliness or unpleasantness. But that doesn't mean they don't get angry. It's just that theirs is a more subtle "sugarcoated hostility." This is where their cleverness (good) turns into deviousness (bad) and where the need to balance things out (good) turns to tit-for-tat behavior (bad).

It's important for Librans to take a step back and evaluate their lives every so often so they don't lose track of who they really are, what they think, what they really want, and how they are behaving toward others. Often it only takes being aware of the negative potential to curb the bad behavior and focus on developing their positive characteristics. Certainly, being a Sun sign Libra doesn't guarantee the person will act out any of these negative traits, but every Libra has the potential. However, much depends on the Libran's age, wisdom, and level of self-awareness

Positive and Negative Libra Qualities Together

There is no such thing as a perfect horoscope sign. All the signs from Aries through Pisces have both positive and negative expressions. It's important to remember that the Sun sign does not reveal who you are, but who you're striving to become. Libras will be developing and perfecting their good qualities over their lifetimes, and mistakes will be made along the way. However, it's through their interactions and intimate bonds with others that they are able to become aware of the negative potential and begin making right choices.

More About the Libra Personality

Libra is a complex sign, and a Libran's picture perfect exterior hides many fears. They fear the ugliness in human nature and become anxious when confronted with unfairness, unpleasantness, unequal treatment, and their own selfishness. They are afraid of being alone, but hesitant to commit for fear of being disillusioned in love. On a more superficial level, Librans are apprehensive of disapproval and of being seen in an unattractive light. Yes, as friendly and put together as they might seem, it can be difficult being a Libra, it's just that most are too nice to let it show.