Debonair, charming and a bit of a scamp, that's the Libra man, at least on the surface. Still, there's something more to a Libra man that makes him worth pursuing and hanging onto once you catch him.

All About the Libra Man's Best Points

Those born under the sign of Libra are not one-dimensional. After all, it takes more than charm and physical attractiveness to be such a well-liked individual, and that's where a Libra man's intelligence and well-balanced temperament come in handy.

Libra men are a rare breed, they are intellectual men with affectionate and sympathetic hearts. A Libra man is made up of about equal parts of kindness, gentleness, fairness, argumentativeness, stubbornness, philosophical logic, and indecision.

A Libra man has a balanced temperament. He's extroverted and optimistic and tends to stay cool, calm, and collected. He rarely loses his temper and manages to get over anything that upsets him easily and quickly.

Libra man has a people-pleasing manner and is aware of what is appropriate when dealing with others. He knows how to say the right thing to preserve a relationship. He's a man who patiently listens to different points of view, and can charmingly and tactfully respond to what's been said.

A Libra man's kind, gentle, friendly, and mild manner enables him to create the long-lasting friendships that are so important to his sense of self. He's a friendly banterer who can hold his own in any conversation and come up with creative ideas, as well as ingenious but fair and logical solutions to problems.

Creative, enthusiastic, and lively, a Libra man is open-minded. He has a contagious zest for life that allows him to interact with and inspire all sorts of people in extraordinary ways. Among the most sociable of all zodiac men, he probably has an extensive network of friends and a hectic social life.

Some Libra men will display to a greater or lesser degree one or more of the more challenging traits below.

A Libra man's natural aversion to conflict leads him to avoid any sort of outward ugliness or unpleasantness. But that doesn't he doesn't get angry. It's just that he'll often display a more subtle "passive-aggressive hostility."

A Libra man loves the finer things in life, and this can lead to extravagance and self-indulgence in pleasing themselves.

Libra man's easy-going and peaceful people-pleasing nature can result in him giving too much of himself. He's also prone to making a decision and then naively letting others change is mind. He can even waver when it comes to keeping a promise.

A Libra man is drawn to everything beautiful but can get so carried away with outer beauty that he neglects the see the inner beauty in both himself and others.

Is a Libra Guy a Shameless Flirt or Womanizer?

A Libra man has many attractive characteristics. Unfortunately, some of his best qualities, such as his charming, friendly, people-pleasing ways, are often misunderstood.

Yes, a Libra man is flirtatious, and this can make dating him difficult for some women. But in fact, he's just a social guy who's polite, friendly, and charming to everyone he meets.

A Libra man is attracted to the ladies, and the ladies are attracted to him, but he's not a womanizer. He could, however, be considered a serial monogamist. A Libra man's greatest desire is to have one significant partner by his side. Once he finds that special someone, he's very loyal and attentive to her.

No one is perfect and a Libra man does have his faults. Perhaps handling a Libra man's more challenging traits means weighing the good against the bad and deciding if one or two negative traits is enough for you to give the relationship a thumbs down. It's important to understand that what's a deal-breaker for one person may actually be a dealmaker for another. As an example, a Libra man's indecisiveness could be a dealmaker for an individual who wants to take the lead and make decisions.

A Libra Man in Love

Libra is the cardinal air sign ruled by Venus, the planet of love, pleasure, and relationships. When it comes to love, a Libra man is idealistic, filled with romantic thoughts, is at home with a lot of togetherness, and is openly passionate with his lover. He believes in one true love. And is an incurable romantic who's skilled at creating just the right conditions for a romantic relationship to grow and thrive. 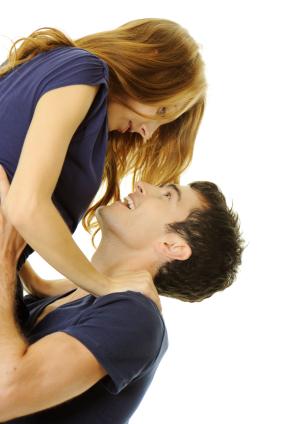 A Libra Man in Bed

A Libra man is relationship-focused. He turns every outing into an exciting and romantic experience with his charm and silliness. He truly treats a partner as his equal and is more than accommodating. This is especially true when it comes to making love. He's a man that puts his partner's needs before his own, is open to anything that makes her happy, and has the patience to satisfy her every need.

If You Love a Libra Man

A Libra man is easy to love, but where do you go from there?

Let Him Know You Have a Crush

If the Libra man in question is just a crush and doesn't realize you like him, feel free to tell him. He'll be quite flattered by your attraction, and if he's attracted to you, he'll let you know. Even if he's not interested romantically, he'll probably want to be your friend.

Once you have his attention, how do you keep him interested?

Also, keep in mind that soft light, mellow music, stimulating conversation, good food, and fine wines are a big turn on for a Libra man.

Although a Libra man's temperament doesn't fit well into the traditional mom, pop, and the kid's family life, he is marriage-oriented. And marriage doesn't change a Libra man, he'll always be a romantic idealist. So, in short, if you marry a Libra man, he'll keep the romance alive.

A Wonderful and Romantic Partner

Of course, every Libra man is a bit different related to their entire birth chart. Still, unless a Libra man is head over heels in love, it may be hard to trust his sincerity when he's such an affable guy who just happens to be very good looking and knows how to use this to his advantage. However, once he's found his perfect mate, she'll be by his side everywhere he goes. A Libra man is a wonderful and romantic long-term partner who is always searching for ways to make the relationship better.

Looking for clarity about your relationships, career, lifestyle, or money?

If you want to take the next step, visit our friends at Psychic Source to talk online with a psychic or get a Tarot reading!