Constellation Libra has the most interesting history of all of the constellations. Echoing the mind changing, indecisiveness of the astrological sign of Libra, the ancients had a hard time even deciding if there was a constellation Libra. The Babylonians saw the scales and associated it with the judgment of the living and the dead; the ancient Greeks saw the outstretched "claws" of Scorpius. But it wasn't until the Golden age of Rome that it became the symbol of divine justice, harmony, and balance.

Constellation Libra looks like a quadrangle in the sky. The stars Alpha and Beta Librae mark the scales' balance beam, and Gamma and Sigma Librae represent the weighing pans.

You can find the constellation Libra in the evening sky during summer in Northern Hemisphere and during winter in the Southern Hemisphere. It's not a flashy constellation, but you should be able to find it easily in a dark sky by using Spica and Antares as guides. Libra's two brightest stars, Zubenelgenubi, "the southern claw of the Scorpion" and Zubeneschamali, "the northern claw of the Scorpion" are about halfway between Spica and Antares.

Astronomers suggest that you find Antares in constellation Scorpius, then look to the right and the cluster-shaped quadrangle is Libra. However, if you're not an experienced at star hopper, there are sky maps that can guide you.

Everyone is familiar with maps of the Earth that guide you from place to place, but there are also star maps of the sky that can guide you. A map of the sky, as you see it from your sky watching location, is the best and easiest way to locate all the constellations.

Two of the best are:

Fixed Stars in the Constellation Libra

The constellation Libra contains three stars with known planets and seven named stars. Methuselah, currently the oldest known star in the universe, is located in Libra, and there is one meteor shower associated with the constellation, the May Librids. 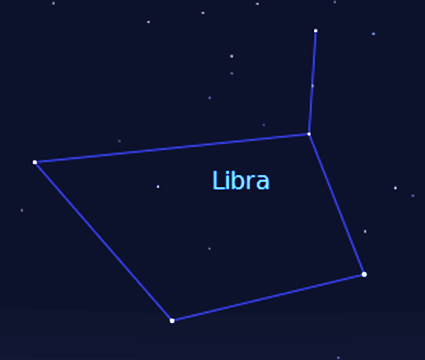 Due to the procession mentioned above, the constellation Libra's stars are all in the astrological sign of Scorpio. Libra has only two stars that are of significance in astrology; Zubeneschamali, Beta Librae, which means "the northern claw" in Arabic is at 19 degrees Scorpio. Zubenelgenubi, Alpha Librae, "the southern claw," is at 15 degrees Scorpio.

On the other hand, Zubenelgenubi is considered an unfortunate star. In Fixed Stars and Constellations in Astrology, Robson says of Zubenelgenubi, "It causes malevolence, obstruction, an unforgiving character, violence, disease, lying, crime, disgrace, and danger of poison."

To the Romans, Libra was a favored constellation; they believed the Moon was in Libra when Rome was founded. Marcus Manilius, the author of Astronomica, the earliest treatise on astrology, said, "Italy belongs to the Balance, her rightful sign. Beneath it, Rome and her sovereignty of the world were founded." He also described Libra as, "The sign in which the seasons are balanced, and the hours of night and day match each other." 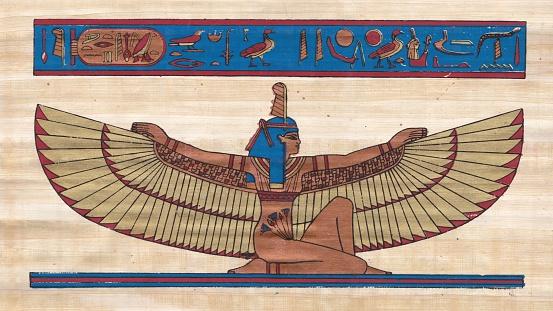 Manilius was, of course, speaking of the astrological sign rather than the astronomical constellation. During his time, the autumnal equinox no longer occurred within the constellation Libra but had moved into neighboring Virgo. The autumn equinox crossed the modern constellation boundary from Libra into Virgo around 730 BC.

Ptolemy's Almagest, written around AD 150, referred to the constellation Libra as the claws. But it was shown as a pair of scales on the celestial globe held by the Farnese Atlas; a statue produced about the same time that the Almagest was being written. However, it was in Rome and during first Century Century BC that Libra's identification with the scales or balance became firmly established. However, it didn't begin there.

The Babylonians knew this area as the balance of heaven around 1000 years BC when the autumnal equinox did lie among the stars of Libra. As early as 2000 BCE, the Babylonians associated the constellation of Libra with the judgment of the living and the dead, and Libra's scales with weighing the souls of the dead.

The Scales of Balance and Final Judgment also dates back to ancient Egyptian afterlife rituals. In these rituals, Osiris weighs the heart of the deceased against the feather of Ma'at, goddess of truth and justice. If the two were in balance, the dead were allowed to enter the afterlife. Ma'at stood for cosmic order and celestial harmony and dictated correct and proper behavior in all social situations and relationships. All of these are associated with the astrological sign of Libra.

In Greek mythology, the stars of Libra came to represent the Golden Chariot of Hades, the god of the Underworld. While Hades used the chariot to visit the Upperworld and seduce a beautiful nymph, he rarely wished the relationship to last. Of course, that was before he saw Persephone, the daughter of Demeter and Zeus, abducted her, and took her to Tartarus and made her his wife.

Distraught about the loss of her daughter, Demeter neglects her godly duties, and a vast drought spreads throughout the Upperworld. But Zeus finds a win-win solution when he convinces his brother, Hades, to give up Persephone for part of the year so that the Upperworld could again become green and lush.

Thus, Persephone was said to divide her time between the two worlds. Now every year at the autumn equinox she returns to Hades, and the world briefly becomes a cold and forbidding place. But when she emerges from the Underworld at spring equinox, the plants start to once again come to life.

Justitia, the Roman goddess of Justice, is portrayed as evenly balancing both scales and a sword, and wearing a blindfold. 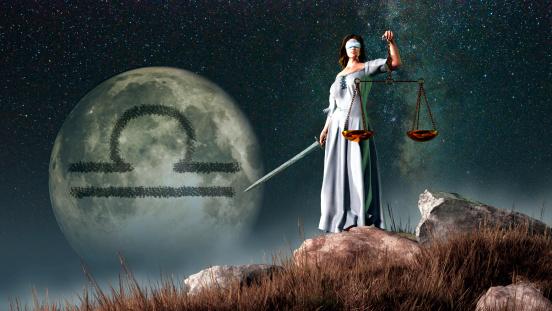 The astrological sign of Libra is the cardinal (active) air (intellect) sign (non-emotional and rational) that incorporates the inherent right of the individual, the culture, and the responsibilities of civil society. At its very best, Libra represents the highest standards and virtues of humanity. Within the sign of Libra, there's an inner battle to balance the scales of truth and justice that is present in every facet of human relationships and desires.

Long ago the astrological signs lined up with the constellations; however, due to the precession of the equinoxes, that's no longer true. This 10-minute video by Heavenly Truth can help you understand the mechanics of astrology.

Astrological Zodiac Based on Changing Seasons

It's interesting to note that due to the precession of the equinoxes, when the sun is traversing the astrological sign of Libra, it's also passing in front of the Scorpius constellation.

Relevance of Libra Constellation in Astrology

While the constellation zodiac and the signs of the astrological zodiac are not the same, the constellations and their stars are relevant to astrology. Not all astrologers use them, but the ones that do believe they add depth of meaning to a horoscope.

Until Death Do Us Part

In the astrological zodiac, Libra rules the 7th house of relationships, partnerships, and marriage. The stars of the constellation Libra's scales are still named for the scorpion's claws. If you look deeply into the scorpion symbolism, the scorpion uses its claws to hold onto its mate and for making love, as well as for slaying its prey. "To have and to hold, from this day forward, for better, for worse, for richer, for poorer, in sickness and in health, until death do us part" is the traditional marriage vow. Knowing the history of Libra's scales and claws reveals that Libra walks a razor's edge between self and other; love and hate; peace and war; life and death. Understanding this about the sign of Libra gives a much more profound take on what's often considered the "nicest" sign of the astrological zodiac.