Is Aquarius compatible with Leo? Leo and Aquarius can be an exciting and challenging love match, but if both partners are willing to compromise, this romantic paring can be quite fulfilling. While all relationships have challenges, Aquarius and Leo have the potential to make good friends and lovers.

A Leo and Aquarius love match is an intriguing one because they don't have a lot in common. A Leo has a big heart, an Aquarian has a big mind, and they both have a strong and unique character. Their physical attraction is strong, but when they meet, they could dance with one another, attempt to emulate one another, befriend one another, or declare open warfare on one another, but one thing they're not likely to do is to ignore one another.

When Leo and Aquarius First Meet

A Leo may wonder where an Aquarian gets their "eccentric" ideas. An Aquarian may wonder why a Leo is so full of themselves. Their first meeting might feel awkward, but it won't be long before they both become fascinated and intrigued with one another other and realize that their meeting might have some exciting potential.

A Leo and an Aquarius both have singular personalities and lots of friends. So, people and parties will be on the agenda when an Aquarian and Leo begin dating. A Leo loves that an Aquarian allows them to take center stage, while the more aloof and serious Aquarian is drawn to Leo's exuberant childlike attitude, and they both enjoy going to all the hotspots and mingling with fun-loving and interesting people.

There's a lot of sexual chemistry between these two. An Aquarian is up for anything, a Leo is passionate and creative, and they're both confident lovers who can inspire one another. While they're not the most sensual couple, the time they spend in bed will lighthearted, fun, and explosive.

Potential Challenges for a Leo and Aquarius Pairing

A Leo is uniquely creative, and an Aquarian is a visionary. So, you can easily see why these two would want to pair up. However, there will also be challenges due to their differences and their combined fixed natures, which can lead each to get stuck in their groove and bring on open warfare. 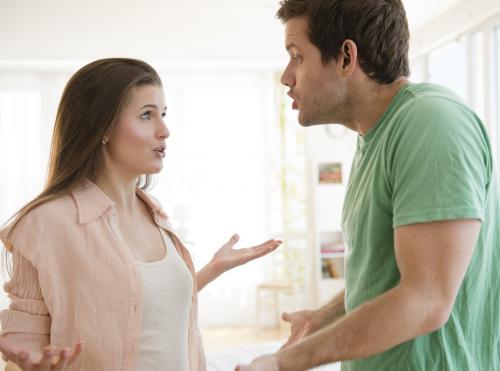 The cool detachment that's inherent in Aquarian's personality might put Leo off. Leo is a very warm, loving, and typically demonstrative sign, but an Aquarian often takes a hands-off approach when it comes to love. Even when these two know how they feel for one another, this difference can prevent them from achieving deep intimacy.

An Aquarian is an intellectual; they are interested in and love to talk about what's important in the big scheme of things. A Leo is more interested in their own little world, enjoy more heartfelt conversations, and are often intellectually insulated from outside influences. A Leo and an Aquarian's different interests and perspectives can create a situation where they have little in common to talk about.

Another issue revolves around Leo's ego need to be the center of attention and to expect deference from others. An Aquarian, whose ego need is to see everyone as equal, will have a hard time dealing with this Leo's tendency to treat others with a bit of disdain. While Leo will have a hard time dealing with an Aquarian's tendency to treat them like everybody else.

Leo and Aquarius are both fixed signs, which means they are both happier when they have a plan and are in control of their lives. Additionally, a Leo and an Aquarian both have strong views on everything - from where to go, where to live, what to eat, to what friends to spend time with - and if their views differ, which they will, it can start a fight in a blink of an eye.

Despite all of their differences, a Leo can open an Aquarian up to a love they've never felt before. A Leo's love is so selfless, generous, and giving, it can even warm up an emotionally detached Aquarian's heart. This, however, can make jealousy a problem. A Leo is flirtatious by nature, and an Aquarian treats everyone the same way they treat their Leo lover. Unless these two learn how to control their jealousy, the fights they have can result in the love they feel for one another fading away.

Leo and Aquarius can make a go at a successful romantic relationship, but each will have to make plenty of allowances for their differences. If each can understand, love, and appreciate what the other brings to the table and not try to change them, the love they have for each other can change each in unimagined ways.

However, for this pairing to work long term, Leo and Aquarius must learn to dance together as individuals. If they can both do that, theirs can be an exciting, playful, innovative, and lasting relationship.

The Astrological Sun Is Central

Every Leo and Aquarius is different, related to other planetary sign placements in the birth chart. But, the Sun sign is central to the personality of each, and its traits will be evident to a greater or lesser degree in their relationships.

Leo is the personal fire sign and all about Me, Me, Me! A Leo is wed to who they are, find confidence in that, have a very personal take on life, and are focused on personal friendships and having fun. They embody the full force of the Sun, their ruler, and have big, bright, and friendly personalities. Of course, even a bright and shiny Leo can have a dark side.

Aquarius is the universal air sign, that's ruled by the futuristic planet Uranus and Saturn, the taskmaster. An Aquarian loves things that are edgy, has a "we are all one" take on life. They are objective, wed to creating a better future for all, and focused on befriending like-minded people who, like them, are interested in moving the world forward. However, like a Leo, an Aquarian can also have a darker side.